Four weeks ago, Cathal O'Mahony stood over the toppled Dublin and declared words so fitting of Cork's All-Ireland under-20 triumph.

"Dogs that fight in a pack.

"So we just kept our pack going and we kept our county going."

On Sunday, in the minor final, the Rebels would've been forgiven for losing hope in the cause on at least three occasions.

By half time, they had registered just five points and were struggling to find a way through a strong and packed Galway defence.

It wasn't until Jack Cahalane produced an elegant pirouette in heart of the lion's den to stab one in off the net that they really began steaming. 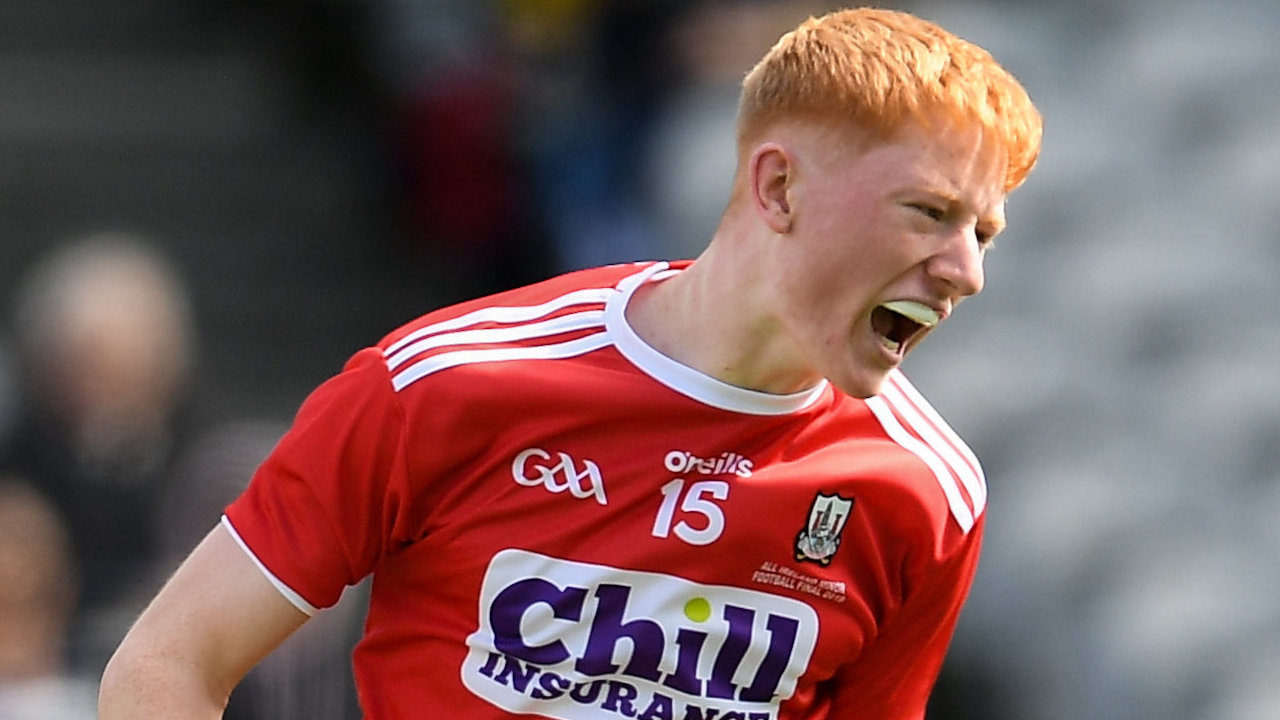 But despite that one resurrection, Cork looked to have lost their grip on the title when Daniel Cox ripped through the Rebel rearguard and unleashed an almighty thunderbastard that threatened to burst a hole in the Canal End netting.

Down but not out, Cork rallied but, buoyed by Cox's skill, Galway struck again.

And then, Conor Corbett.

Then, football at its breathtaking best.

END_OF_DOCUMENT_TOKEN_TO_BE_REPLACED

In eight frantic minutes, the game turned on its head so much it lost control.

And Cork would've been dead and buried if it wasn't for one young man dripping of clutch.

Last minute of the All-Ireland final

Nothing less than a goal will do

1-7 was what Conor Corbett finished with on the day, his last-second heroics rescuing Cork with a bout of extra time as they powered home from there, 3-20 to 3-14 champions.

You may also like
4 months ago
Ranking the most audacious and ridiculous skills pulled off by Irish sports stars
4 months ago
The best sporting challenges to use time off to our advantage
6 months ago
Cork GAA will have fight on its hands to hang onto top prospect
6 months ago
"You grow as a person off the back of injuries...I always had the answer that drove me"
6 months ago
Cork finish with a flurry to stride away from improving Tipp
6 months ago
Cork have found themselves a fine full back
Next Page