For the second year running, Cork have defeated Kilkenny by a single point to win the All-Ireland camogie championship.

The win marks the 27th time the Rebelettes have taken home camogie's biggest prize, and they had to do it the hard way coming from behind in the dying moments to seal victory through an Orla Cotter free as the game entered injury time.

After the match the St. Catherine's attacker highlighted the work put in by this group of players in order to achieve back-to-back All-Irelands wins. 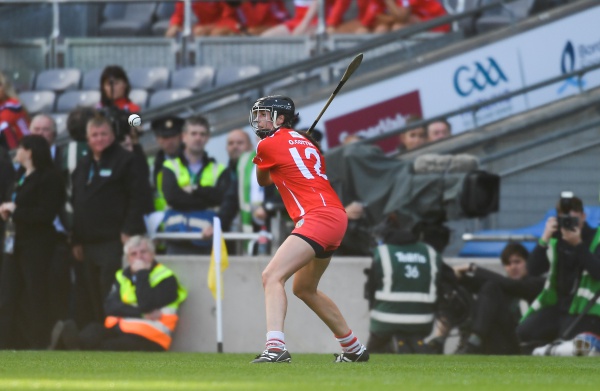 The match-winner cited Cork's intensity throughout the game which was ultimately the difference come the games end.

"We've been working a lot in training on work rate and getting any hook or block in you know, that could be vital come towards the end of the game and I think it stood to us there towards the end."

Cork match winner Orla Cotter on coming out the right side of a match that was tit-for-tat @CorkCamogie @KilkennyCamogie #rtegaa pic.twitter.com/MQRmHTAvjj

Cork's work on the training field most definitely stood to them today highlighted by inspirational captain Aoife Murray in the Rebel goals.

END_OF_DOCUMENT_TOKEN_TO_BE_REPLACED

The game entered its final ten minutes with the sides level. Kilkenny had the momentum and bore down on the Cork goal intent on grabbing the vital three points that would swing the O'Duffy Cup their way.

Murray pulled of a brilliant save from Anna Farrell, before the a goal mouth scramble ensued until captain fantastic Murray deflected the ball out over the end line.

Amazing work rate that in the end proved to be a match winning passage of play.

An absolutely amazing achievement from the Rebelettes who are bringing two All-Ireland's back to Cork tonight after their Intermediate side clinched their respective All-Ireland in the curtain raiser with a victory over Down.