Kilmacud Crokes had a poor, poor Sunday at the office.

After flying out of the blocks with a Pat Burke goal after four minutes, the Dublin champions were in the driving seat. With the scores level at half-time and having defended well against a Tullamore gale, they were well placed to push on and grab this game by the scruff in the second half.

END_OF_DOCUMENT_TOKEN_TO_BE_REPLACED

And instead of taking off, they inexplicably sat back into a defensive formation, invited Mullinalaghta onto them and gave Paul Mannion, Shane Pearson and co. nothing to work with and barely any support up top.

That's criminal when you've those weapons in attack and Kilmacud Crokes will undoubtedly have loads of regrets when the dust settles on this galling Leinster final defeat. 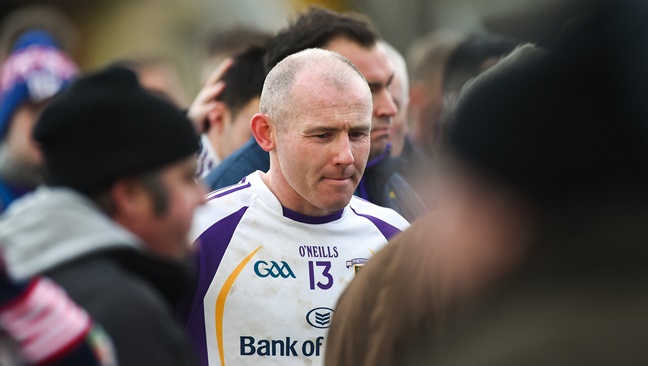 In the mean-time, Listening to the whole country rave about the giants being killed, about the favourites being toppled, about the shock of the year and about Mullinalaghta's amazing achievement, it must be a lonely place to be for Kilmacud Crokes.

END_OF_DOCUMENT_TOKEN_TO_BE_REPLACED

A team who must have been absolutely sickened from the very moment the final whistle was blown in O'Connor Park.

But even though they must have just wanted to ground to open up and swallow them right at that moment, their players deserve huge credit for making their way into the sea of a Mullinalaghta bodies to shake hands and to say fair play to their conquerors.

Led by midfielder Craig Dias only moments after the final whistle had blown, sparking madness in the middle of the field, a number of the Kilmacud players came into congratulate them on their achievement.

It would have been very easy for them to disappear into the dressing rooms with their heads down, but they showed respect and they showed class.


popular
"He rode him like a machine rather than a racehorse" - Mullins doesn't spare Townend as second string come good
"Remember that name" - Sonny Bill Williams raves about Ireland U20 star after outrageous try assist
Matt Williams wants two changes and Peter O'Mahony benched for Ireland vs. France
Peter O'Mahony reaction to Liam Williams scuffle shows he may finally be mellowing
Ireland vs Wales: All the big talking points, moments and player ratings
Two changes as familiar faces return to our Ireland team to face France
Jamie Carragher suggests that Erling Haaland joined the wrong club
You may also like
2 weeks ago
QUIZ: How many of the 33 county SFC champions for 2022 can you name?
3 weeks ago
"You need to be able to hurl your way out of trouble" - Composure the key to Dunphy's game
1 month ago
"We'll have plenty of Christmases" - McGowan and club players should be envied not pitied
1 month ago
'With the worlds’ greatest thief not able to take even just one friendship away' - Cooper retires with heartfelt statement
1 month ago
Mickey Moran gives a rare interview in TG4's brilliant Anton O'Toole documentary
1 month ago
How many of the 65 county senior champions for 2022 can you name?
Next Page