Conor McManus: That's not why the black card was brought into the game

Monaghan forward Conor McManus said that Niall O'Donnell's black card was unwarranted during the first-half of Donegal's Super 8 meeting with Kerry on Sunday.

O'Donnell and the Kingdom's Gavin White were both black carded during the first-half as Kerry entered half-time break with a one-point lead.

White's black card was generally accepted by the RTE Sunday Game panel but O'Donnell's dismissal was widely dismissed with McManus insisting that his ejection was not in line with the rationale of the black card, which, is to be used for deliberate body contact, trips, deliberate pull downs and verbal abuse to teammates, opposition or officials. 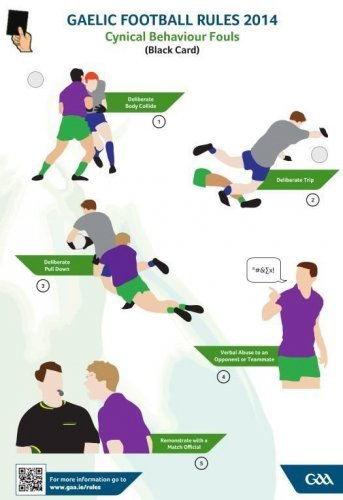 END_OF_DOCUMENT_TOKEN_TO_BE_REPLACED

"It's not why the black card was brought in," said McManus.

"Ryan McHugh controlled the game for Donegal in the first-half. Gavin White probably stood off him and allowed him to get possession but when Ryan McHugh has the ball you're in trouble straight away."

'That's a poor decision' - The studio panel disagree with the black card given to Donegal's Niall O'Donnell. #rtegaa pic.twitter.com/7O3CEUW1H8

"It was an intricate movement that ended up with the ball being dispossessed and I think it's fairly clear that Niall O'Donnell goes in and doesn't make an attempt to foot trip.

"He goes in for the ball and goes in awkwardly but Paul Murphy comes across him. That's not a black card. I think it's a poor decision."

Former Roscommon manager Kevin McStay concluded: "He's tackling with his foot, it's a slightly different thing. I wouldn't call that a black card."