What Conor McManus can do with a football should never be taken for granted.

In an era of athleticism and defence, he has consistently and beautifully managed to elevate himself above the trenches that players have been trying to drag him into his whole life.

Even with a naturally light make-up, McManus has railed against the modern day changes. He put weight on himself - over a stone and a half - and he kept polishing off the skills of the game to such an extent that it meant no muscle or blanket could stop him. 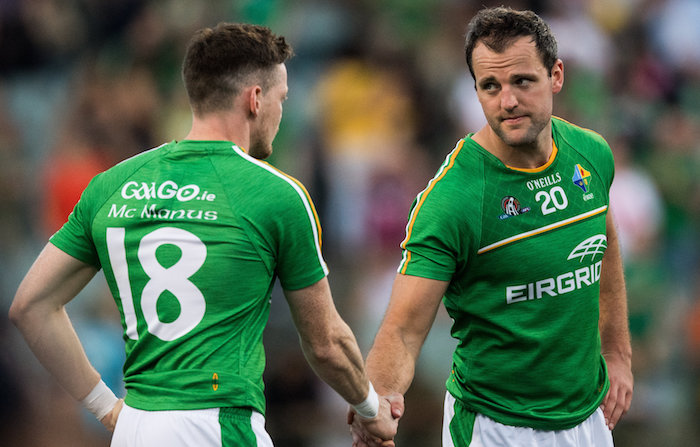 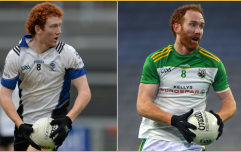 END_OF_DOCUMENT_TOKEN_TO_BE_REPLACED

For a second successive campaign, the Monaghan man finished the International Rules series as the Irish player of the series.

In 2015, he won the GAA Medal and, again on Saturday, he was honoured in defeat.

In total, McManus hit 40 points in two games - far and away the top scorer of either country.

Despite racking up no major six-pointers by hitting the net, he split the posts 12 times in one of the most intense games on the planet. 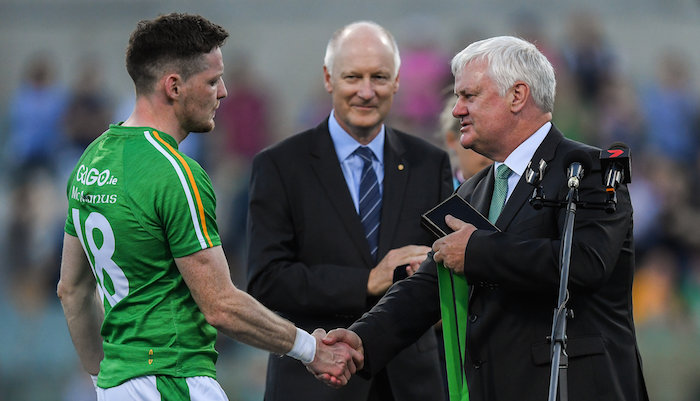 END_OF_DOCUMENT_TOKEN_TO_BE_REPLACED

In six games in the International Rules, he's scored 97 points - an average of over 16 per game.

But it's the flight of the ball when it leaves his foot, it's the curve of the thing. Every time it's like he has already mapped out its path and the ball simply follows it within the tramlines that McManus has pre-planned.

Ireland's Player of the Series Conor McManus was superb today in the #IRS2017 Second Test! What a finish this was! Take a look with GAANOW! pic.twitter.com/Ahj3sOkzCq

At 29 years of age, the forward's star continues to shine even brighter and brighter with each passing season but, as he keeps producing on the international stage, international heads keep turning.

For a fourth series in a row, the Farney man finished as the top scorer of either nation.

If they didn't come before, plenty of people want them to come now.

Conor McManus could definitely have a crack at Aussie Rules in the future. Great kick of the ball

Conor McManus would be a great replacement for Jake Stringer in the @westernbulldogs forward line. Wouldn't miss a shot under the roof at Etihad Stadium #sharpshooter #AFL #GAA #InternationalRules

Gee if Feely was a couple of years younger you'd be chasing his signature for a rookie AFL spot.
Got the lot. . . and McManus too obviously#AUSvIRE @7Sport @7AFL @rohan_connolly


popular
Man United could be blocked from playing in the Champions League next season
Clive Woodward happy to 'eat humble pie' after bold comments about Ireland
Man City expect Pep Guardiola to leave
The Ireland team Andy Farrell needs to start when France come to town
Josh van der Flier's post-match recovery routine could spark a bracing trend
"He rode him like a machine rather than a racehorse" - Mullins doesn't spare Townend as second string come good
Matt Williams wants two changes and Peter O'Mahony benched for Ireland vs. France
You may also like
5 months ago
Conor McKenna set to return to the AFL in huge blow for Tyrone
7 months ago
Embarrassing sketch on Australian TV mocking Zach Tuohy will make you cringe
9 months ago
"I didn't like his comments" - Cora Staunton hits out at Eamonn Murray's AFLW remarks
1 year ago
"'Go and learn the rules' or 'Go back to Ireland," - Keane knew how to deal with sledging Aussies
1 year ago
Why Oisin Mullin will want to follow in Cathal McShane's footsteps after rejecting AFL move
1 year ago
"I have decided to stay in Ireland" - Oisin Mullin gives Mayo fans the news they have been praying for
Next Page