Conor McManus not happy with condescending attitude towards Monaghan

Monaghan forward Conor McManus has taken exception with what he feels is a condescending attitude towards the Farney county.

Monaghan reached their first All-Ireland semi-final in 30 years this summer after progressing from a Super 8s group that featured Kerry, Galway and Kildare.

It was quite the achievement given the fact that in the 2011 census, the population of county Monaghan stood at 60,483. 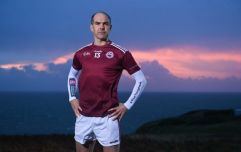 END_OF_DOCUMENT_TOKEN_TO_BE_REPLACED

Their relatively small playing pool makes their road to this year's All-Ireland semi-final all the more remarkable but McManus does not buy into the notion that counties should align their expectations with regards to their size.

“People are always saying that, 'punching above your weight', but it's nearly condescending,” McManus told GAA.ie.

“Are you supposed to just stay in Division Three or Four for the rest of your life and just let everybody else at it?

“Are we supposed to not try, and not train hard, and not work to better ourselves. It's as if people expect you to stay down there and be done with.

“We've been in Division 1 now for the last four or five years and on an upward curve, we've won a couple of Ulster titles.

“We're competing for All-Ireland Quarter-Finals, Semi-Finals for the last number of years and we feel that's where we belong.

“For people to come along and say you don't really belong there or you're doing well to be there and saying well done for coming this far, we'd actually be disappointed by how the year has ended."

'I thought the free-count against us... we were working very hard for frees. It's the first match I've had all year where we got three minutes additional time at the end' - Malachy O'Rourke speaks after Monaghan's defeat. pic.twitter.com/bda4YMoCDd

END_OF_DOCUMENT_TOKEN_TO_BE_REPLACED

Monaghan manager Malachy O'Rourke was not happy with the fact that there was only three minutes of added time in the loss to Tyrone and noted that his side were ultimately disappointed that they could not salvage anything from a game that was well and truly in the balance down the stretch.

"I'm very, very disappointed," O'Rourke added. "We left everything on the field. The boys showed tremendous resilience and fighting qualities and I thought we got ourselves in a good position.

"Their goal came a really bad time for us but again we fought back. We're just disappointed we didn't get something out of the game."


popular
Man United could be blocked from playing in the Champions League next season
Ireland team vs. France: Form players rewarded and a welcome return
Man United's four player transfer shortlist if Qatar takeover goes ahead
Clive Woodward happy to 'eat humble pie' after bold comments about Ireland
Man City expect Pep Guardiola to leave
"I should have been more mature" - O'Sullivan's injury trail a cautionary tale for Sigerson casualties
The Ireland team Andy Farrell needs to start when France come to town
You may also like
8 months ago
Mayo v Monaghan: All-Ireland qualifier to be shown exclusively live on NOW
8 months ago
Provincial hurling finals, knockout football, and Tailteann Cup games all on your TV this weekend
8 months ago
Rory Gallagher absolutely loses his mind celebrating as Derry beat Monaghan in Ulster semi-final
8 months ago
Monaghan will be a "different kind of challenge" compared to Tyrone says Derry boss
8 months ago
Three hurling games, one Ulster championship clash, and an u20 All-Ireland final on TV this weekend
9 months ago
Fewer games but more quality on TV this weekend for GAA fans
Next Page