Dublin forward lines for Super 8 and beyond 'set in stone'

"Against Carlow last year, Jim Gavin started 11 of the 15 players that went on to make the All-Ireland final team."

Ahead of their Leinster Senior Football Championship opener against Wicklow, Dublin boss Jim Gavin showed he was looking for a strong start to the summer by including a rake of big names in his starting 15.

There was one change from the team named on Saturday afternoon to the one that lined out in Portlaoise 24 hours later - Paddy Andrews in for John Small. All-Ireland winner for All-Ireland winner. That's how this Dublin side usually do it.

The reigning champions were 18 points up by the break and eventually won out 4-25 to 1-11. Brian Howard took up Small's roving role, ostensibly in the half back line, while Andrews was further up the field. These were the six starting forwards for Dublin on the day:

Colm Parkinson believes those two Dublin lines are not far off what Gavin will go with when the championship heats up and heads to the Super 8 format, and beyond. On The GAA Hour [from 1:02:30 below] Parkinson assessed the wealth of attacking options at Dublin's disposal. 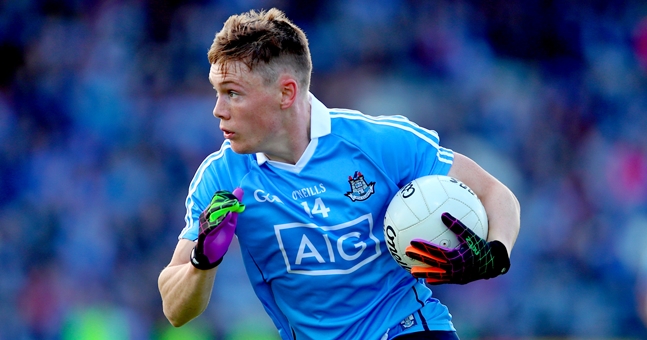 Jack McCaffrey and Paul Flynn are back in the selection mix along with Cormac Costello but Parkinson does not see the 23-year-old forcing his way past the likes of Mannion or the indispensable Rock. He commented:

"And I'm sorry for anyone else that wants to get onto that full forward line because it's not going to happen. That's set!

"I think the half forward line is set too. It's Howard, Con O'Callahan and it's Scully. I don't think there's a place in there for anyone... not Flynn. That's for now. That's set; I think he wants to go for youth." 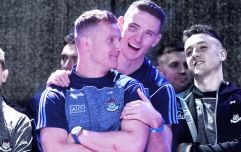 END_OF_DOCUMENT_TOKEN_TO_BE_REPLACED

That would see the likes of Flynn, Costello, Andrews, Kevin McManamon and Collie Basquel all in a support role when the championship gets to the latter stages. Diarmuid Connolly looks set to miss the entire summer and Bernard Brogan is still recovering from a bad knee injury.

Parkinson agrees with former Dublin midfielder Ciarán Whelan that the new-look side now has a leadership spine of captain Stephen Cluxton, Brian Fenton, Kilkenny, Mannion. That would go along with the likes of Cian O'Sullivan and Philly McMahon.

"All these leaders are young guys," he continued. "There is a new breed of player. The old leaders are gone.

"This is a new Dublin team with new leaders, and they're all young lads."

popular
Irish cyclist Sam Bennett delivers classic putdown to British cycling magazine
Peter Sagan pays classy tribute ahead of Sam Bennett's big moment
The SportsJOE 12 o'clock quiz | Day 183
Luke Shaw steps up to make common sense plea to Ed Woodward
Sky Sports retract false claim from Patrice Evra about Wilfried Zaha and David Moyes' daughter
Sam Bennett admission shows how incredible his final stage win was
Sean Kelly sums up emotion of a nation as Sam Bennett all but sews up the green jersey
You may also like
5 days ago
"My own mother would go to three games on Saturday, three games on Sunday"
1 month ago
"I'd say to fellas 'if you bring a friend and they stay playing, we'll give you a prize"
1 month ago
"That's a risk I'd be willing to take" - Byrne ready and raring for a championship
1 month ago
Goal disallowed in Dublin SFC because player wasn't wearing his gumshield
2 months ago
The former Dublin minor star that led Ireland to Grand Slam glory
2 months ago
No promotion or relegation in Dublin championship in 2020
Next Page