The 22-year-old was the difference, he was the inspiration as, in an otherwise tame display, the Shamrocks were matched in all corners by their Antrim opponents. 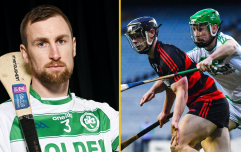 END_OF_DOCUMENT_TOKEN_TO_BE_REPLACED

It was spelled out for all to see as, for a finish, his 1-5 from play was the difference between winning and losing. Literally.

Cody scored points from all angles, he scored a goal, could have had another but crucially, and perhaps the most impressive thing of all was that whenever they needed a score, he was the man that stepped up.

He stepped up with scores like that raker that put them three up, just as the clock ticked towards injury time. And that beauty from the sideline that put them two up ten minutes earlier. 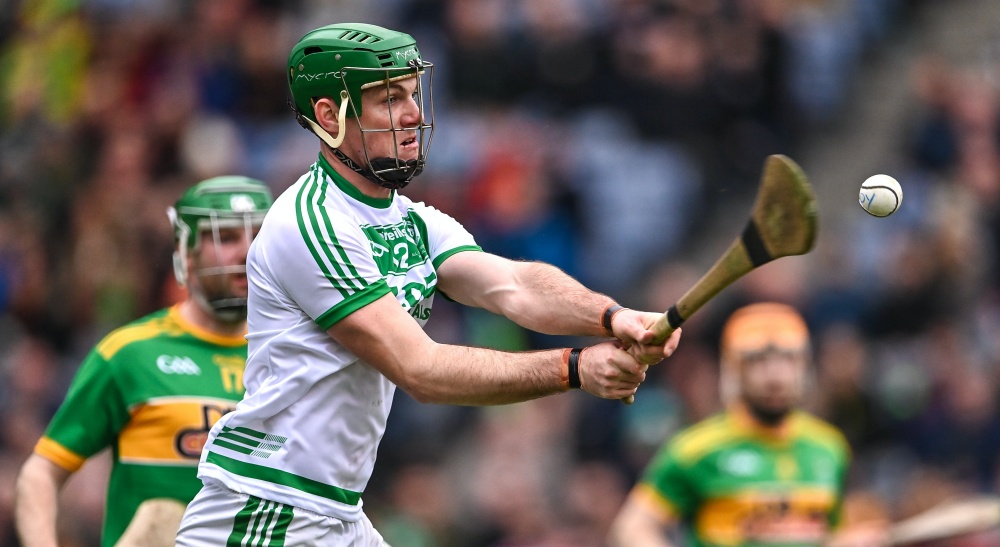 END_OF_DOCUMENT_TOKEN_TO_BE_REPLACED

Cody was on fire and in the end, his contribution was so sizeable that it flattered the Shamrocks. Because it helped them to a seven point win that, on balance, was an unfair reflection on this game.

Men like Paul Shiels, Eoin McFerran and the brilliant Kevin Molloy really shone on the biggest day of their hurling lives. They kept Dunloy in the game to the extent that, when the clock hit 60, there were only three points between the teams.

The Shamrocks don't need reminding how dangerous that can be. They were forewarned from last year's battle-scars and for Dunloy, that was the killer. 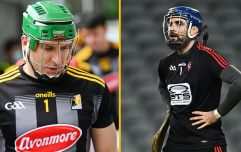 END_OF_DOCUMENT_TOKEN_TO_BE_REPLACED

Pat Hoban's side went onto hit the next four scores to kill it off, one from Ronan Corcoran, one from Darragh, another from Brian Cody and the other coming from his younger brother, who was later named the man-of-the-match.

"Just one question, are you sure this one isn't for Joey Holden," he asked in his TG4 interview afterwards.

"Because, the last day, I got a bit of stick that Joey Holden should have been man-of-the match."

“It's just incredible really for such a small club and such a great group of lads! ” 👊

Cody showed a fair amount of self-awareness there, to be fair to him, to know that Holden deserved the Laoch na hImeartha the last day. But there was no doubt about it this time.

Maybe it came across differently on television but, from high up in the Hogan Stand, you couldn't digest this first half without noting the subdued atmosphere in Croke Park. The place was dead.

It could have been a case of presumption, a case of nobody giving Dunloy a chance, but gradually, the men from Antrim showed that they were worth shouting for.

Eoin McFerran caught an early ball over the head of TJ Reid, no less, and from that moment on, you could sense the belief coursing through the team. It was only a minute later, after some good work by Conal Cunning, when Ronan Molloy broke through and stuck one past Dean Mason.

You would have expected a stunner like that to blow the place up but still, it was all a bit dead on its feet.

The crowd may not have been into it yet, but without Adrian Mullen, sidelined due to a hamstring injury, the Shamrocks just weren't hurling with that customary flow and zip. Gradually, people began to realise that we had a game on our hands.

A well-taken Eoin Cody goal did settle the Shamrocks into it but, with Paul Shiel so calm in possession, Dunloy weren't done. Kevin Molloy was also hurling all around him at centre back and at half-time, there were only two points in it.

And so it remained all the way through the second half. Even TJ Reid was dropping balls for Ballyhale. Richie Reid was quieter than usual. But Cody was there, young Killian Corcoran was there and for the last time ever, potentially, the brilliant Joey Holden was there.