Two man of the match awards were handed out after Clare vs. Galway

Geoff Scully was a busy man.

There are only a handful of games, each year, that Sky Sports and RTE broadcast simultaneously.

Both broadcasters must have been happy, then, with the hurling fare served up by Clare and Galway at Croke Park in the first All-Ireland semi-final of the year.

The Banner and The Tribesmen went toe-to-toe, score-to-score for nigh on 100 minutes and could not be separated at the death.

There was also a draw when it came to the awarding of man-of-the-match keepsakes. Clare 1, Galway 1.

Fans watching on RTE would have seen Clare's Peter Duggan pick up the accolade after his 0-14 scoring contribution and excellent all-round play. 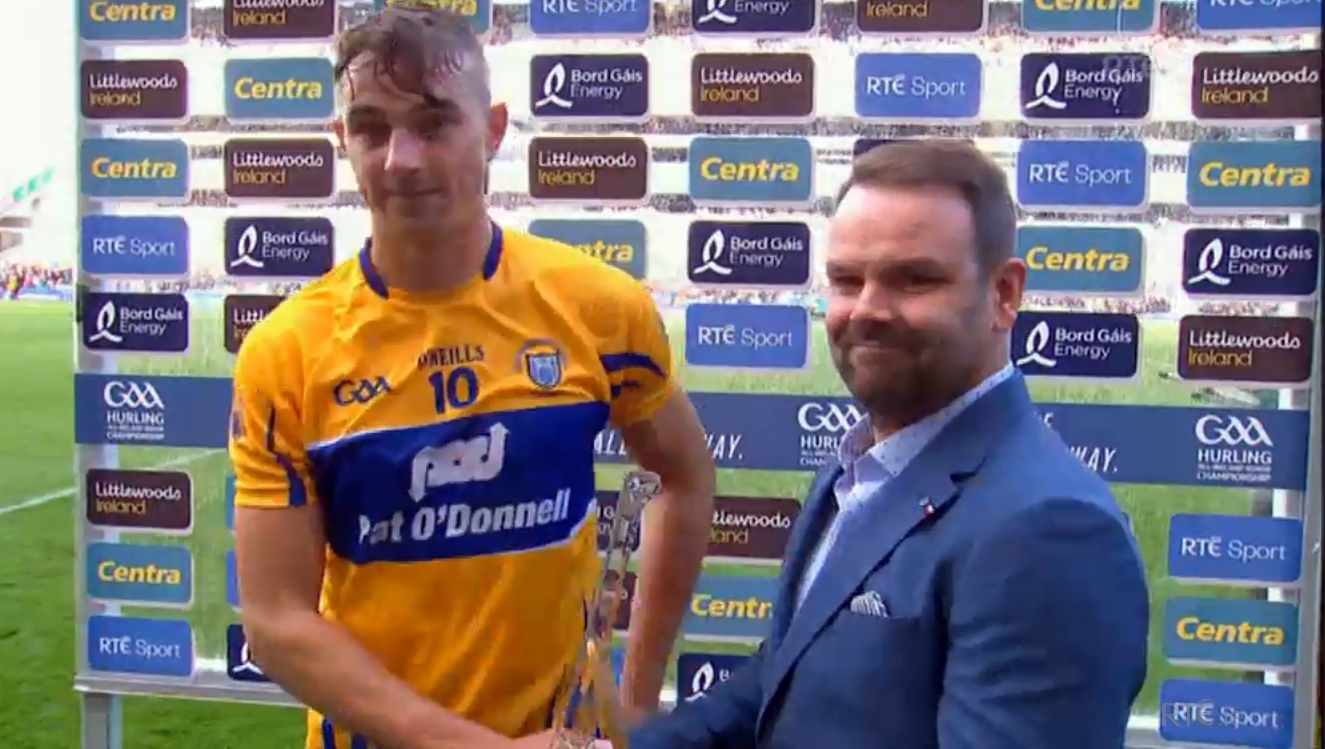 "We knew it was going to be a tough semi-final," Duggan told RTE's Claire McNamara after the game. "We never expected it was going to go to extra time as Galway looked to be on top for a long time, but that just goes to show the heart we have as a team."

Once McNamara wrapped her chat with Duggan, over came Littlewoods Ireland commercial manager Geoff Scully for a presentation. A nice cut-glass hurley to go on the mantelpiece.

However, over on Sky Sports, soon after we witnessed Scully handing over another man-of-the-match award, this time to a Galway man. 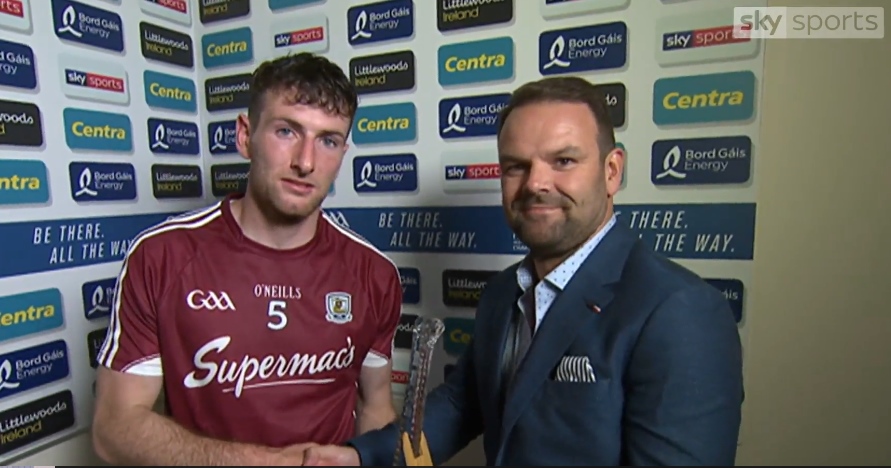 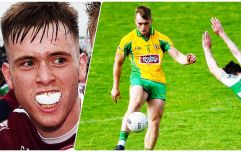 "It's not about winning at underage. It's about building players and building people"

END_OF_DOCUMENT_TOKEN_TO_BE_REPLACED

Galway defender Padraic Mannion was the recipient this time and, in fairness, he had a cracking game too.

"For a neutral watching, it was a great game to watch," Mannion said. "I'm just delighted to play in one semi-final a year. That's great, but to get to play in two is even better. I'm just looking forward to getting right for next week so we can go at it again."

One game in one stadium but two different man of the match awards.

As both RTE and Sky have their own broadcast rights, both are entitled to name their own man of the match.

So, while Duggan was the choice of Cyril Farrell, Anthony Daly and Eddie Brennan, over on RTE, Mannion got the nod from the Sky crew, with Jamsie O'Connor heaping praise on the Galway half-back.

Interestingly, when Mannion was awarded man-of-the-match after Galway's Leinster Championship game against Kilkenny, back in May, it was Michael Lynch, manager of Kilkenny Mart and a 'Bord Gáis Energy customer', that made the presentation. 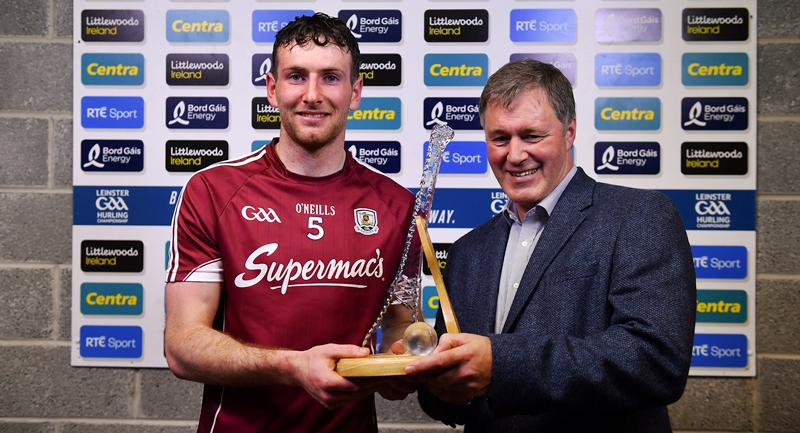 How many of those cut-glass awards do they have in Croker?


popular
"There's times I do think I probably have let people down but in fairness, I have got good support from back home"
Goal disallowed in Dublin SFC because player wasn't wearing his gumshield
The SportsJOE 12 o'clock quiz | Day 138
The SportsJOE 12 o'clock quiz | Day 137
All hail Alexis Sanchez, the man who played Manchester United like a piano
"That's a risk I'd be willing to take" - Byrne ready and raring for a championship
"I was asked to be the team doctor. I thought well I'll never play senior camogie for Galway"
You may also like
2 months ago
“Talent wise he’s as good as there has ever been in Gaelic football"
3 months ago
"The bigger the challenge, the more Fitzy would want to keep them scoreless"
3 months ago
"He had no interest in the trappings of success, he just wanted to achieve it"
4 months ago
St Patrick's day memories: Rural Caltra with one of the great underdog triumphs
5 months ago
Corofin clean up in club team of the year awards
5 months ago
Shane Walsh is ready to rule for Galway
Next Page