The Mayo forward is the All-Ireland football championship's top scorer this season.

Cillian O'Connor has come in for a heap of scrutiny this summer but he is well used to that. The Ballintubber forward has scored 4-39 for his county on their busy, colourful path to the semi finals.

Still, the demands for more are never far away.

It is a tough ask for O'Connor - an amateur player being asked to produce week after week under the glare of the media and a massive weight of expectations - but he has not let anyone down. He has not sparkled in every game but he has shown glimpses of his undoubted talent.

Roscommon certainly felt the full force of his finishing prowess at Croke Park, last Monday, but the Rossies were struggling to keep pace with most of the Mayo set. O'Connor scored 1-6 [five frees] in a 22 point hammering.

At the final whistle, as Alan Dillon buzzed around to shake hands with everyone - Mayo, Roscommon and match officials - O'Connor went to the Ciarán Lavin's net and retrieved a somewhat odd accessory for an outfield player.

O'Connor took a large white towel from the back of the net and draped it over his right shoulder as he headed up towards the tunnel. 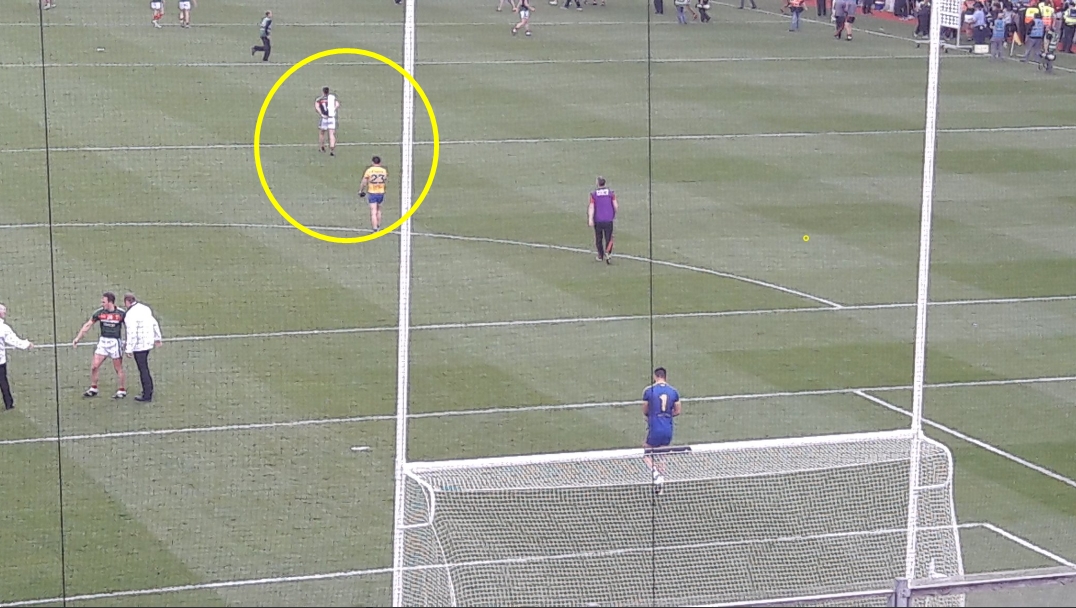 END_OF_DOCUMENT_TOKEN_TO_BE_REPLACED

O'Connor does take most of Mayo's frees but there would be little point in him bringing a towel out with him only to place it in the opposition goal.

After shaking hands with a couple of Mayo players, O'Connor handed the towel to a member of the backroom staff and was not spotted when he consoled Roscommon boss Kevin McStay. 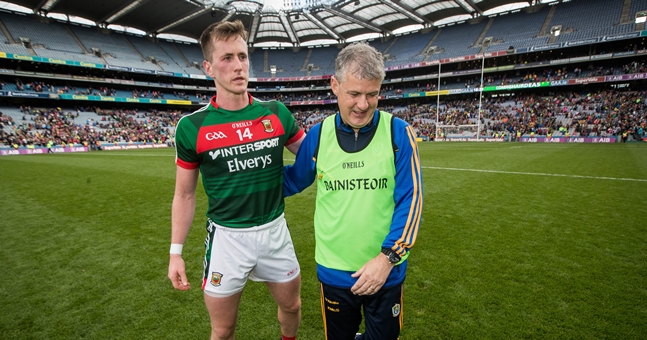 Keep an eye out for the accessory in the semi-final against Kerry.


popular
ROG hits the nail on the head assessing Ireland's performance
The Ireland XV that should definitely start against Italy
Player ratings on a dismal day for Ireland in Twickenham
"Emotions will be charged" - Sean O'Brien backing Ireland for Triple Crown
"Next thing, all I see is this 'BANG' coming in over me... It was O'Driscoll"
'If that was a cricket game, we could have declared at half-time' - Eddie Jones
Triple Crown wrenched away as England scrape Ireland off their boots
You may also like
1 month ago
"Growing up, I would always have been naturally fit"
2 months ago
Mayo confirm cult hero Ciaran McDonald has joined their coaching staff
4 months ago
"I was slow, I was never a David Clifford finisher" - Moran's modesty a genuine thing
4 months ago
"You've to work, pay bills, you've to deal with these massive changes" - former AFL star driving his club on
5 months ago
GAA JOE club team of the weekend
5 months ago
Dublin City traffic is bad, but the motorways don't get any shorter
Next Page