Does the former Dublin footballer have a point?

The opening weekend of the Leinster football championship has come and gone, and you'd hardly even know it.

Louth, Offaly and Laois both progressed to the next rounds of the provincial series, but for the footballers of Carlow, Longford and Wicklow, they face a five-to-six week wait for their next taste of championship action.

Annual rant but @Carlow_GAA @OfficialLDGAA and @wicklowgaa waiting 5 or 6 weeks for a game doesn't do any of them any favours.

END_OF_DOCUMENT_TOKEN_TO_BE_REPLACED

The games saw plenty of scores, but on last night's Sunday Game, the issue of trying to keep players in so-called weaker counties motivated over the coming weeks before they enter the backdoor system was raised.

Wicklow boss Johnny McGee has expressed his unhappiness with the championship format several times, while for footballers in Carlow and Longford, the challenge now is to try and keep panel together and not have players head off to America for the summer to earn some money. 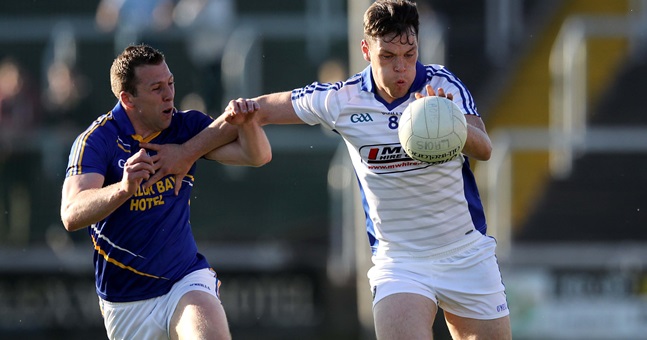 END_OF_DOCUMENT_TOKEN_TO_BE_REPLACED

Dessie Dolan and Ciaran Whelan both explained that the GAA needs to step in to try and ask why the best players are not turning out for their counties, and why the structure of the championship is driving players away from county panels.

Ex-Westmeath star Dolan admits the frustration of players is palpable

"The reality for a lot of players, the appeal of going to America, and the question you have to ask, are Carlow going to win the All-Ireland? It’s difficult to keep players motivated."

Whelan then took up the point and wondered aloud why the best players are not lining out for their counties.

Fair play to Ciaran Whelan putting the fight across for the 'weaker' counties. We have to give players something to aim for. @TheSundayGame

He feels there desperately needs to be a change to the Leinster championship system if counties are to have any chance of developing their players, and their championship hopes.

"The best players aren't playing,  they have a duty to say why, and it's probably because they have very little hope. It's very difficult for them because they don't see any reward at the end of it.

"Leinster football; there is a lot of teams in Division three and Division four and Johnny McGee makes a valid point that they have two games. Really, they don't get to build, they don't get to gain experience. We're probably at a stage where if we're not going to touch provincial structures, we at least need a provincial round robin series in Leinster to get these teams a little bit more game time, a little bit more experience."

"The gap is wideing and the best players are not turning out for the weaker counties and the GAA need to look at it seriously."

Whelan's points are well made, but considering GPA proposals for change to the GAA summer structure were roundly rejected, it may be a long time before any alterations to the current set-up are even considered.


popular
World Cup 2022 Day 10: All the major action and talking points
Iran demand action by FIFA after USA team change flag on social media
Canelo Alvarez duped by fake Lionel Messi Instagram post
"I have equal love for football and hurling" - Sheehy set for two Leinster finals in two hours
World Cup 2022 Day Nine: All the major action and talking points
"I appreciate Moycullen now more than ever" - Cooke's American lifestyle from a Moycullen base
GAA JOE Team of the weekend
You may also like
1 week ago
"I was living day to day" - Shane Carthy and Cormac Ryan open up about their past and present struggles
1 week ago
"I'll try get that little bit faster, that little bit fitter. I'll try to put on a bit more weight" - How Gannon aims to improve during off-season
1 week ago
"I couldn't get over the amount of differences between the hurling and the football" - Leaving hurlers was never an option for O'Donnell
2 weeks ago
Shocking scenes as brawl extends into the stands during Oulart-the-Ballagh vs Naomh Barróg
2 weeks ago
"We've kind of gone away from stats" - the personal goals Dias sets for himself each game as a midfielder
1 month ago
GAA JOE Team of the weekend
Next Page