Despite a string of bad luck, Ciaran Byrne has a mindset like no other

Talk about being shit out of luck...

Upon his return home, Byrne helped his beloved St. Mochta's to their first Championship title in 38 years.

However, for Byrne it was a short night as he broke his ankle eight minutes after being introduced.

"I didn’t actually start the game, I came on in the second half.

"I was only on for eight minutes then I went up for a catch in the middle of the field landed on the leg and my foot kind of dislocated, so broken ankle and I tore a heap of ligaments.

"No idea but, shit happens!" 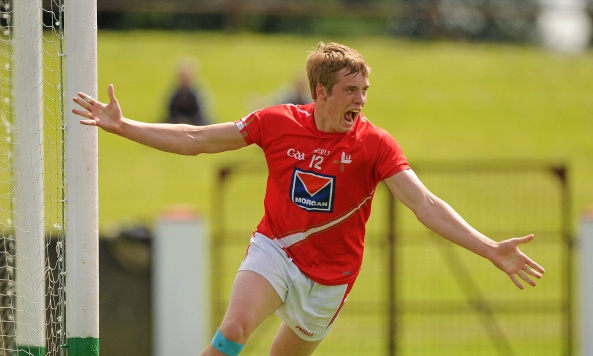 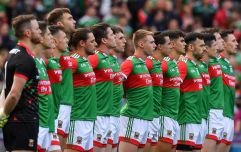 END_OF_DOCUMENT_TOKEN_TO_BE_REPLACED

It really sums up this young man's attitude. The man they call 'Casey' is made of tough stuff. His mindset is unwavering.

Byrne's stint at Carlton was marred by a series of injuries that began with a ruptured ACL in 2015, keeping him out of action for almost a year.

"Yeah, it’s been a pretty common theme for the last six years. I did the knee in 2015 and ever since then I’ve suffered a fair amount of soft tissue injuries, leading up to this here which has been the most serious of all to be honest." 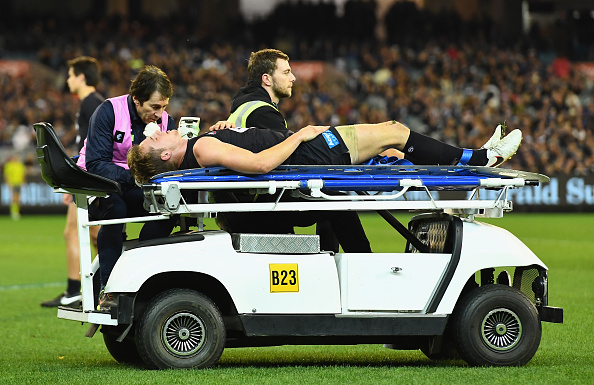 END_OF_DOCUMENT_TOKEN_TO_BE_REPLACED

Despite all the set backs, the Louth man has no regrets about his time 'Down Under', he still managed to have a more successful AFL career than most Irish prospects, making 22 appearances for the Melbourne side, including last season's opening round game against Richmond, which was played in front of 96,000 fans.

His highlight though was his debut against Essendon, and even though he spent a lot of time on the treatment table, Byrne still loved every minute of it.

"My debut against Essendon in 2015, that was pretty surreal. Luckily my parents were there and they ended up on live TV, the two of them were shitting themselves (laughs).

"22 games, I'd have loved to played a lot more, but it was an unreal experience and I wouldn't change anything." 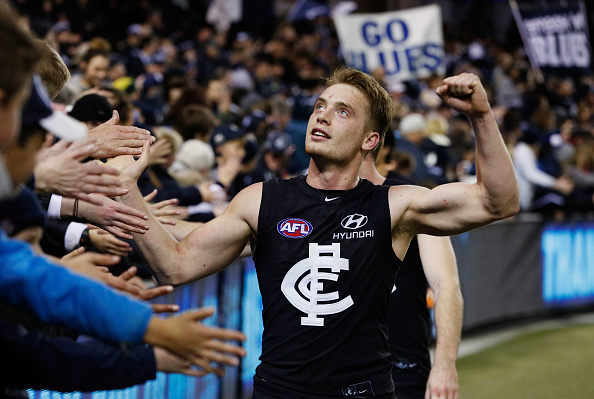 Still only 23, Byrne moved to Australia at 17, a tough age for anyone to leave home. However, he is wise beyond his years, and knew a career in professional sports was meant for him, Carlton knew so to, having watched him develop over the years.

"I was pretty young going over to Australia, 17 when I initially went out for pre season.

"Carlton were going to a fair mount of county and club games, and I didn't realise until I got the call after a game against Meath.

"I went down to a trial with 12 lads, Jack McCaffrey and Ciaran Kilkenny where there, I then went out for 10 days, signed on for two years, and stayed for six. The rest is history." 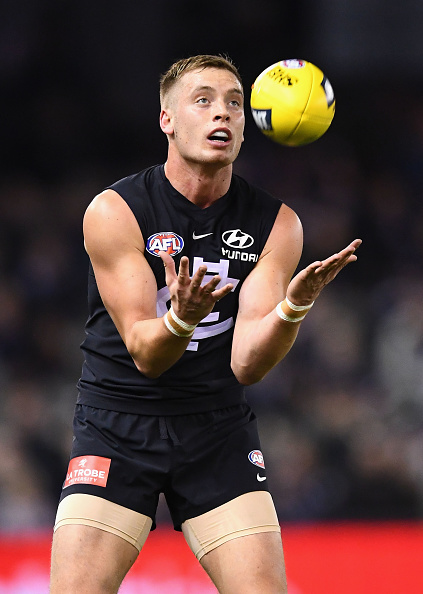 He admits though that whilst the life of a professional athlete was great, it does come with his pitfalls. Byrne's time was taken over by football, even during the off-season.

Sure, playing sport full time and getting paid for it is great. But money isn't everything to Ciaran Byrne, in fact it ranks at the bottom of the list.

"The money is good, but it's not all about the money.

"It makes you appreciate GAA, we play for love of it. In Australia, it's a job, don't get me wrong, I love AFL but it's never going to be like GAA with your local community, family and friends."

It's clear that Carlton thought very highly of Byrne. The club were kind enough to let him play in St. Mochta's semi final win last month, despite the fact he was still under contract.

Ciaran Byrne informed the Club last week of his decision to return to Ireland and retire from AFL football.

Carlton also expressed their interest in keeping Byrne around, but his mind was made up.

"I actually did ask them because my history with injuries, they told me to go ahead.

"We were already in talks then about me retiring anyways, but they were trying to persuade me to stay.

"A few lads where sent over to see me, but in my head my mind was made up. Six years of injuries, so much into it with little reward,

"I still loved my time, but no family and no GAA, at end the day home is home!" 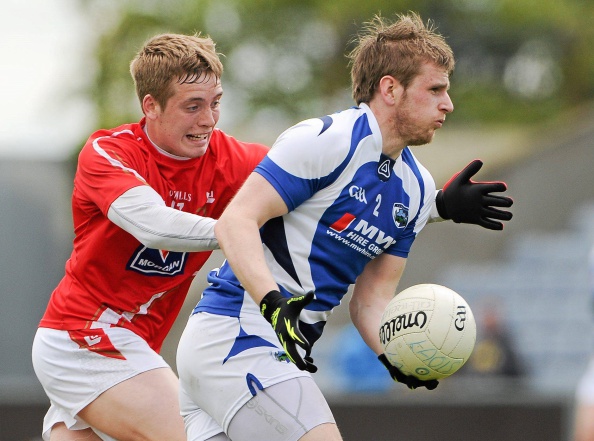 Home is home, and Byrne hopes his return can help steer Louth in a new direction. The young man made his debut for the 'Wee County' in 2013 as a 17 year old. Back then Louth were riding on the crest of a wave, punching above their weight, but those days have since passed.

With the new management team of Wayne Kierans and Cathal Murray in place. Byrne firmly believes that Louth can get back to Division Two of the National League. In his eyes, they have the players, they just need to bring it all together.

" The players are in Louth, we just need the system to come together and drive it forward.

"We do have some decent players, it's about instilling belief. A lot of boys feel they maybe weren't good enough but they are, and if we can get it together there's no reason why we can't compete." 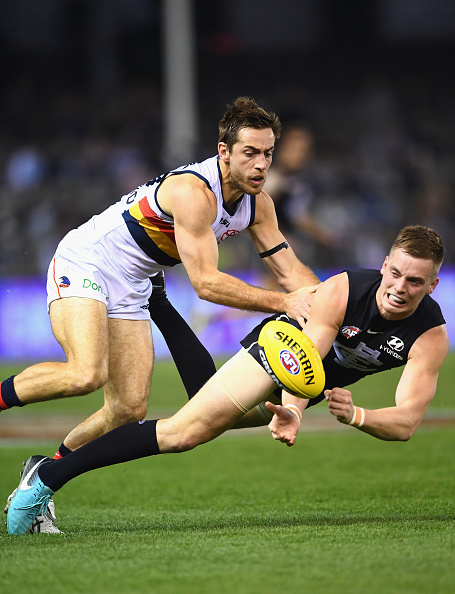 Ciaran Byrne's positive mind frame given all the hardship he has had to endure is nothing short of inspirational, it's clear from talking to him that he is cut from a different cloth.

The AFL's loss is most definitely GAA's gain.

Louth fans should be very excited, their prodigal son has returned!


popular
Matt Williams wants two changes and Peter O'Mahony benched for Ireland vs. France
"Remember that name" - Sonny Bill Williams raves about Ireland U20 star after outrageous try assist
Peter O'Mahony reaction to Liam Williams scuffle shows he may finally be mellowing
Ireland vs Wales: All the big talking points, moments and player ratings
Two changes as familiar faces return to our Ireland team to face France
The two reasons why Aidan O'Shea's performance against Armagh was his best in ages
Allianz National League Round 2: All the action and talking points
You may also like
5 months ago
Conor McKenna set to return to the AFL in huge blow for Tyrone
7 months ago
Embarrassing sketch on Australian TV mocking Zach Tuohy will make you cringe
9 months ago
"I didn't like his comments" - Cora Staunton hits out at Eamonn Murray's AFLW remarks
1 year ago
"'Go and learn the rules' or 'Go back to Ireland," - Keane knew how to deal with sledging Aussies
1 year ago
Why Oisin Mullin will want to follow in Cathal McShane's footsteps after rejecting AFL move
1 year ago
"I have decided to stay in Ireland" - Oisin Mullin gives Mayo fans the news they have been praying for
Next Page