Offaly were down a number of key players on Sunday.

Four stalwarts of Offaly hurling. Four of the county's most gifted and effective talents with hurls in their hands and four men who would undoubtedly have reduced the damage - if nothing else - in the county's 27 point Semple Stadium slaughtering to Waterford.

But it changes nothing. 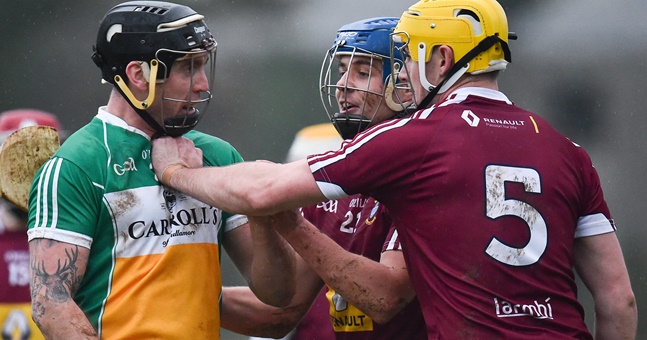 These lads are all knocking around or pushing over the hill of 30 now and whatever way you look at it, they may not be even on the panel next year.

They've served that green, white and gold jersey like martyrs, for years but their best days are behind them more than they are in front of them and with the present looking bleaker than the past and the future looking even worse, what is to keep them there anyway?

This depressing place - miles away from the standard this once great hurling county set and spearheaded not too long ago - is where they are now and despite promising talents such as Ben Conneely, Cillian Kiely and Oisín Kelly to come back into it, the issues are much bigger and cut much deeper than these lads could even dream of solving through hurling.

A legend of Offaly hurling, in Coolderry's Brian Carroll made his GAA Hour Hurling Show debut on Monday and he summed up the Faithful state of affairs.

"Maybe it wouldn't be the end of the world if Offaly were relegated here," he said damningly.

"Take them four guys out of it (Bergin, Mahon, Dooley, Egan) and we don't have a huge amount to add in. We're in dire straits in Offaly and people need to realise that very soon.

"This has been coming down the tracks a number of years. Daithí Regan, he can be bold and brash in some of his statements - he said a good few years ago that it wouldn't be long before Offaly were hurling Christy Ring... everyone was against him at the time, but it's coming home to roost...It's serious stuff."

When will Offaly co board call an EGM to plan an underage structure in our games , within 5 years we will be playing christy ring

Carroll noted that five of Kevin Martin's starters on Sunday are from Senior B grade clubs. That can be great in exceptional cases but it can't and shouldn't be the way for more than one third of the team.

"We'd five senior B hurlers starting. Let's be honest, there's room for one or two in any panel but the gulf in standard between senior A and Senior B - a glorified intermediate championship, is huge."

So how has it come to this and what do Offaly need to do?

Carroll adds that while numerous mistakes and blunders have been made by the county board and others in positions in power, Offaly as a county has spent too much time pointing the finger and passing the blame and should know by now that it's not the way forward. 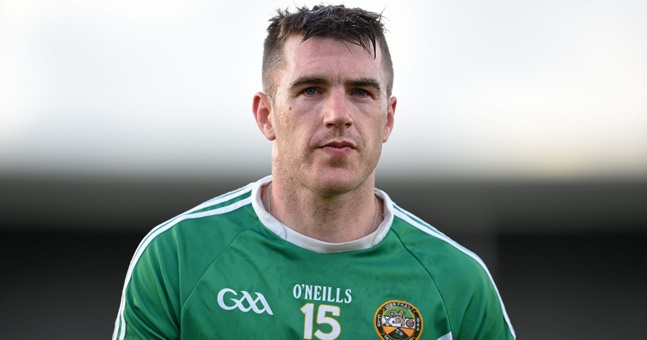 "Every club needs to take full accountability, start coaching our young players, start getting involved in the primary schools. There's not enough GDA's, so it's up to the clubs themselves to get into the primary schools - I know that's a lot of hours and a lot of work and volunteerism, but if we want to improve, that's where it has to start."

Task set. This won't be easy. Everyone must buy in.

An area that served Offaly so well in the glory days with St Brendan's Community School Birr competing at the highest level of schools hurling, Carroll, from his time teaching there, knows that the work is being put in, but he makes the point that they can only work with what they have.

That's again, down to the clubs.

"St Brendan's Community School has a huge history in Offaly hurling. You can't be disingenuous to them...they're doing massive work at the moment. But essentially, they can only work with the players that come into them and this is why I keep on coming back to the clubs."

"If the skills and the love and grá for the game isn't instilled in their players in the clubs when they come into the schools initially, so then that the school can grasp it and bring it one step further...To me, that has to start at six, seven eight...it could even be too late at that stage...It has to start with the clubs."

Look at Limerick's success last year. That was a product of the development plan introduced seven or eight years ago called Lifting The Treaty. These efforts paid perfect dividend last September and in the brilliant batch of young players in the county now but the evidence is there that the set-up they came into had as much to do with it as the talents of these players themselves.