Bernard Brogan will captain Ireland in this year's International Rules Test against Australia.

The Dubliner succeeds Donegal's Michael Murphy, who captained Ireland for the past two series. Joe Kernan's team will try to regain the Cormac McAnallen trophy in Croke Park on November 21st, when they face-off against the tourists in a one-off Test on the 95th anniversary of Bloody Sunday.

Brogan is expected to win his fourth All-Star and is also nominated for Footballer of the Year following an All-Ireland winning season in which he scored a phenomenal 6-20 from play.

The 31 year old was honoured by today's announcement.

"It is both an honour and a privilege to not only represent Ireland, but to captain the national team too.  As Gaelic footballers, opportunities to play for Ireland and pit our skills against athletes from other nations and codes are few and far between and next month we will test ourselves against arguably the strongest ever Australian team to come here," said Brogan. 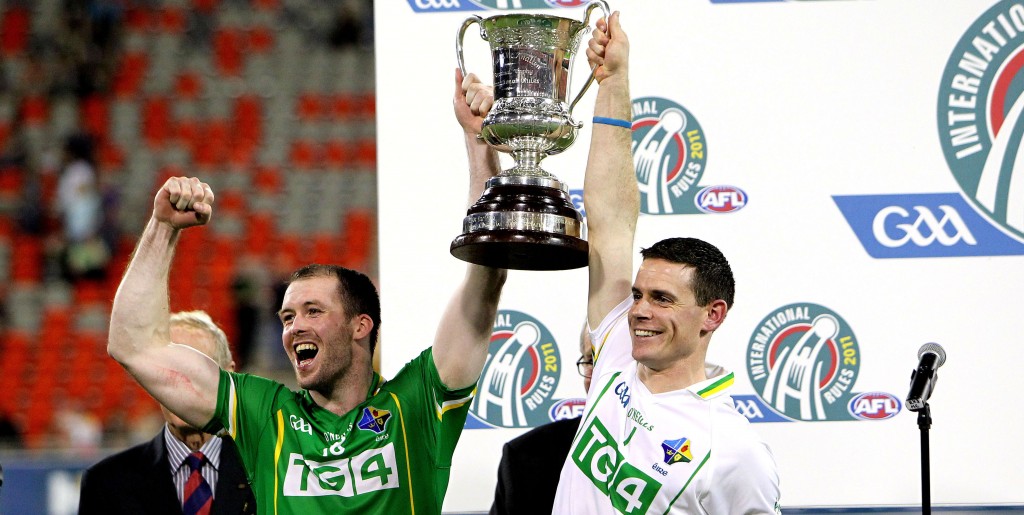 Stephen Cluxton was the last Dublin player to captain the side, in 2011, when Ireland hammered their hosts in Melbourne and then again on the Gold Coast.

Kernan paid tribute to Brogan, saying he is following in the footsteps of some great players.

“He has been a top footballer in our game for many years - something borne out by the many accolades he has earned - and he has also shown his prowess in this game.  In addition to helping to generate a vital team spirit amongst our players, he will also lead by example where it matters most - on the field of play."

This will be Brogan's third time representing Ireland.


popular
The daily diet of Manchester United midfielder Jesse Lingard
The SportsJOE 12 o'clock quiz | Day 136
Jadon Sancho to earn eye-watering salary at Manchester United
COMPETITION: Answer this survey for a chance to win a fabulous stay at the Trident Hotel in Kinsale
"It's not about winning at underage. It's about building players and building people"
"Me and him used to room together, and he was a bit of a nightmare"
"When I signed for Munster, I didn't know Damian was coming as well" - RG Snyman
You may also like
11 months ago
'Diarmuid Connolly is the first forward coming on... The rest of them have done nothing'
1 year ago
Brogan reveals what he told Dublin team after he was dropped for All-Ireland final
1 year ago
Bernard Brogan sends lovely message to Josh van der Flier after scoring return
1 year ago
Mixed fortunes for Brogan brothers in tense Dublin championship clash
1 year ago
Dublin's team photo gesture to Bernard Brogan captures their squad mentality
1 year ago
23 weeks after ACL surgery, Bernard Brogan makes sensational comeback
Next Page