The joy on the flanker's face after he scored was so heartening to see.

It has been a long, tough road back but Josh van der Flier got his reward. Bernard Brogan almost enjoyed it as much as the Leinster star.

Back in February, van der Flier and Brogan suffered devastating cruciate ligament injuries on the same weekend. Brogan injured his in training with Dublin while van der Flier popped his on the Stade de France pitch during Ireland's tense Six Nations win over France.

Both men formed a bond in the months that followed as they stayed in touch, offered support and rehabbed their injuries. According to Brogan, Fergus McFadden had suffered a similar injury and returned to play four and a half months later. For him, that was the goal.

In August, beating McFadden's return record, Brogan came on as a sub in Dublin's Super 8s win over Roscommon. He was also given the privilege of wearing the No.27 jersey and accompanying the Dublin matchday squad out onto the Croke Park pitch before their All-Ireland final win over Tyrone. 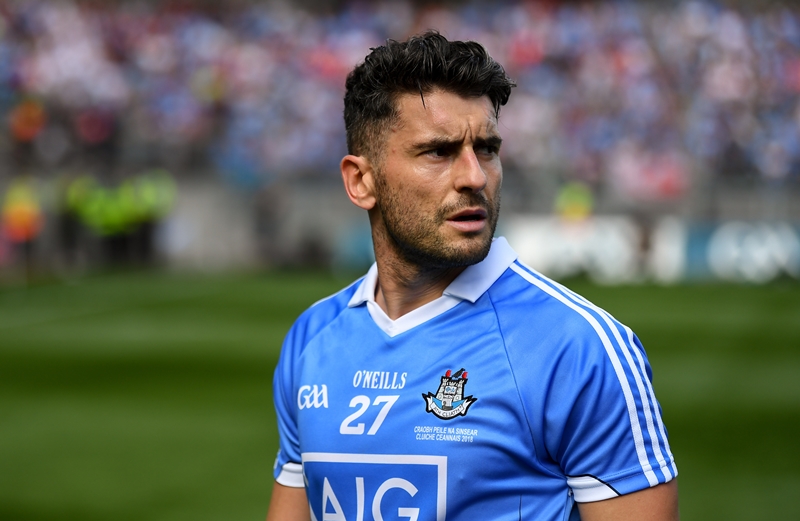 Van der Flier was returning to the pitch at the same time, but it was at Leinster's training facilities out at UCD. His pre-season was delayed by a couple of weeks but he hit all the markers asked of him and was good to go for round three of the Guinness PRO14.

The Dubliner was named at openside flanker for the visit of Dragons to The RDS and helped Leinster put them to the pump. The Welsh side held out for as long as they could but eventually copped a 52-10 beating.

END_OF_DOCUMENT_TOKEN_TO_BE_REPLACED

Van der Flier got over for a try just on half-time after a well-worked scrum move that saw him detach from the set-piece once the ball was out and take the inside pass that wrong-footed half the Dragons defence.

He let out a primal roar as he touched down and you instantly knew the journey back had been worth the strife and effort. 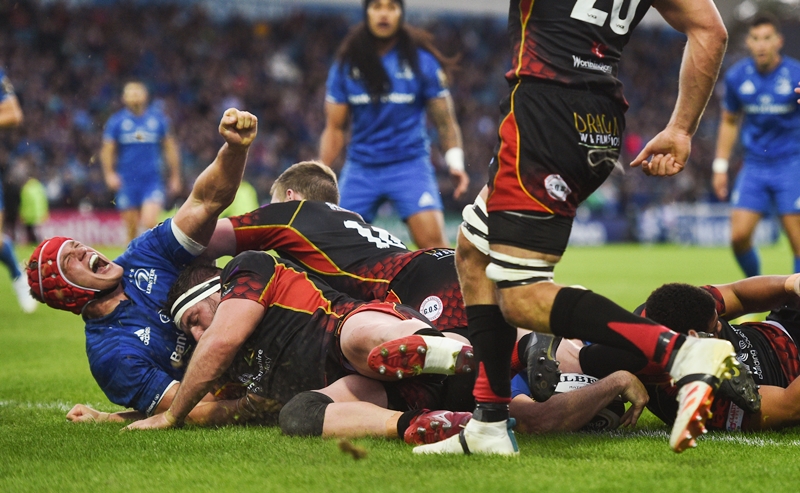 The openside played the full 80 minutes too and his final match stats were pretty decent - eight carries for 10 metres gained, one line break, one try, 28 ruck involvements and 10 successful tackles (none missed).

Van der Flier must have been chuffed with his return but he was not the only one. Soon after the final whistle sounded, Brogan sent the Leinster star this lovely message:

Great to see @joshvdf back on the pitch and making an impact! 👊 pic.twitter.com/nsGkyZI4Gd

They've both come from injuries that have ended many careers and appreciate all that went on to get back to their best.

popular
QUIZ: Name every player that's scored three or more Premier League hat-tricks
The SportsJOE 12 o'clock quiz | Day 110
The SportsJOE 12 o'clock quiz | Day 109
'ROG was the kingpin... he just wanted to win, win, win' - Barry Murphy
"Some of the guys have put a lot into it" - Felipe Contepomi confident Leinster can start fast
SportsJOE 2000s Football Quiz | Round 9
What Leinster's strongest XV looks like when everyone is available
You may also like
1 month ago
Seven-time All-Star Goldrick using time off to strengthen and improve
3 months ago
No fear of McCarthy losing a lifetime of fitness
3 months ago
"Sometimes sport can overwhelm you, it was time for him to take a deep breath"
3 months ago
Dublin hurler Mick Carton back on the mend after winning another battle
3 months ago
"I'd spent hours and hours honing my left foot with my dad when we were young"
3 months ago
April club month a goner as virus threat causes longer delays
Next Page