With 125 members, an All-Star and a chairman playing corner back, Aughawillan are a club like no other

You would be hard pushed to find a club like Aughawillan.

One of the biggest underdog teams in the most underdog of counties, "The Willies" have won three Leitrim championship titles in the last five years.

It is a unique situation given the size of their club. With only 125 registered members they are fighting a battle year on year, like every other small club in Ireland. Aughawillan are different though, in spite of the difficulties they face with regards to numbers, they're a club that is thriving, and continue to punch well above their weight. 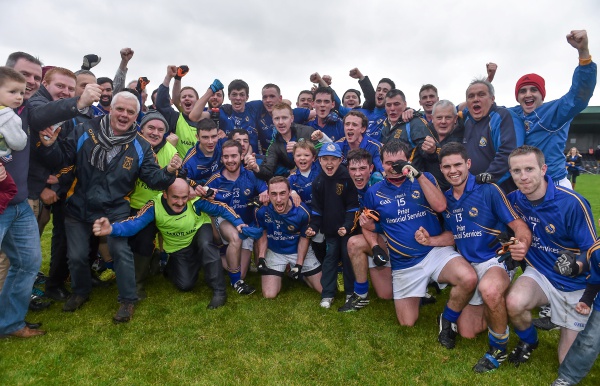 Secretary, Morgan Quinn outlines just how small a club they are.

"We might not be the smallest but we're one of the smallest. 125 members in total... that's juvenile and adults." Quinn said.

"I suppose there'd be a lot of clubs around us that'd be really really struggling for numbers, and we'd probably be an exception to that rule."

"If you look at the quarter final's here, most of the teams left are the town teams. Ballinamore, Carrick-on-Shannon, even Mohill, they are all big clubs, I suppose we are a bit of an exception in that they would be much bigger population wise."

Quinn admits that like every club in Ireland, they have suffered from emigration, but Aughawillan have been lucky compared to some of their neighbours. 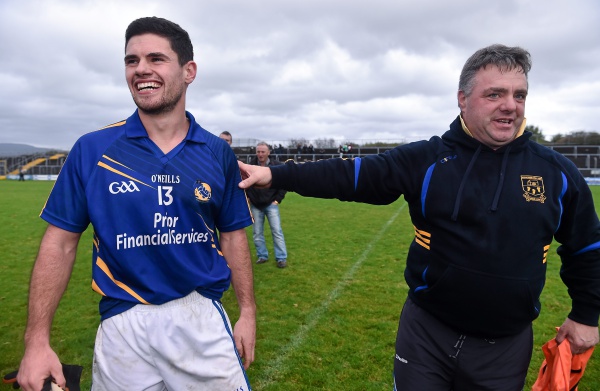 Whilst the vast majority of their players are still in Ireland, many currently reside outside of Leitrim. Therefore training can become difficult and requires the whole team to meet halfway during championship season.

For Quinn, he believes travelling outside the county for training brings the squad closer together.

"We have a good few students, and some older lads based in Dublin that do come back and play with us.

"So, we'd be training up the country mid-week and then maybe at the weekend the lad's come down.

"We generally meet up once away during the week when we are in the thick of it, not all year but on a Wednesday night in the middle of championship.

"It's actually quite an enjoyable time of the year." 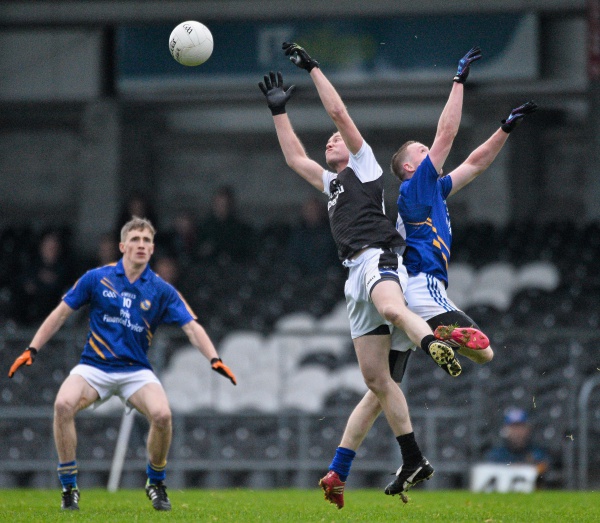 They may be small, but they are special, and it's that small close-knit community that makes them so special says assistant secretary, Gerard McGovern.

"We would consider ourselves quite a special club." McGovern said.

"We are quite a small rural population, there isn’t a village, there’s no shop, there is one very small pub. When we celebrate we've to go in to Ballinamore.

Quinn and McGovern both embody how special a club this is, not only are they members of Aughawillan's senior executive committee, but they'll also line out on Sunday ready to take on the Mayo champions, Ballintubber for a place in the Connacht final.

In fact, four members of the Aughawillan squad hold senior positions on the club's executive. 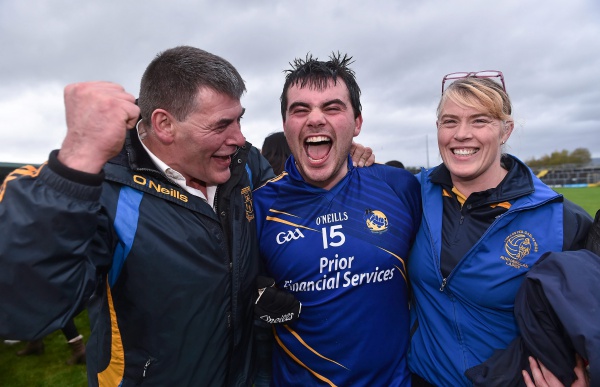 For these four men it's an extremely proud honour, not only do they represent their club in the committee room, but also on the pitch, and they have three county medals to show for it.

"Its nice to be able to play and be part of running of the club. Morgan (Quinn) and Michael (Quinn) would be very busy, but they combine both roles very well, we are a very progressive club." Says McGovern.

Quinn however, plays down the important role he holds within the club. To him, without the support of the other members they would not have achieved such success on the pitch.

"We're lucky enough that every year we're in the final the committee members make it clear that anyone who's in with the senior side isn't to be getting involved with club business, and instead we are left to focus solely on the game." Quinn says.

"It's great to have that type of support in our community."

Yes, Aughawillan are one of the country's smallest clubs. Yes, they have a chairman playing corner back and Yes, they are perennial underdogs. However, the club is still steeped in success. 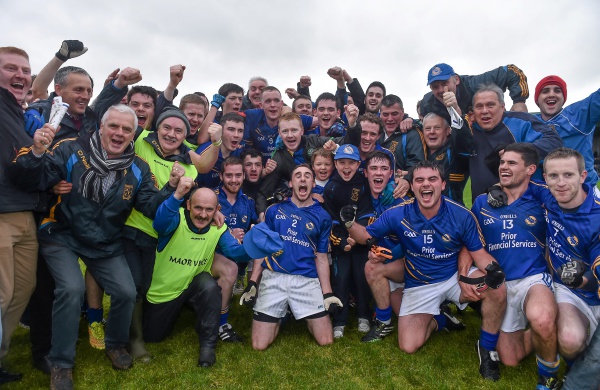 With twelve county titles, they sit second behind Sean O'Heslin's in Leitrim's roll of honour. The 1980's and 1990's brought a level of unprecedented success to the club. 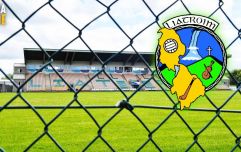 END_OF_DOCUMENT_TOKEN_TO_BE_REPLACED

One of their member's even has a GAA All-Star.

Mickey Quinn was rewarded for his efforts with Leitrim seniors in 1990. For a club this size to hold the unique honour of housing an All-Star is unheard off. It's not something that many club's can boast. 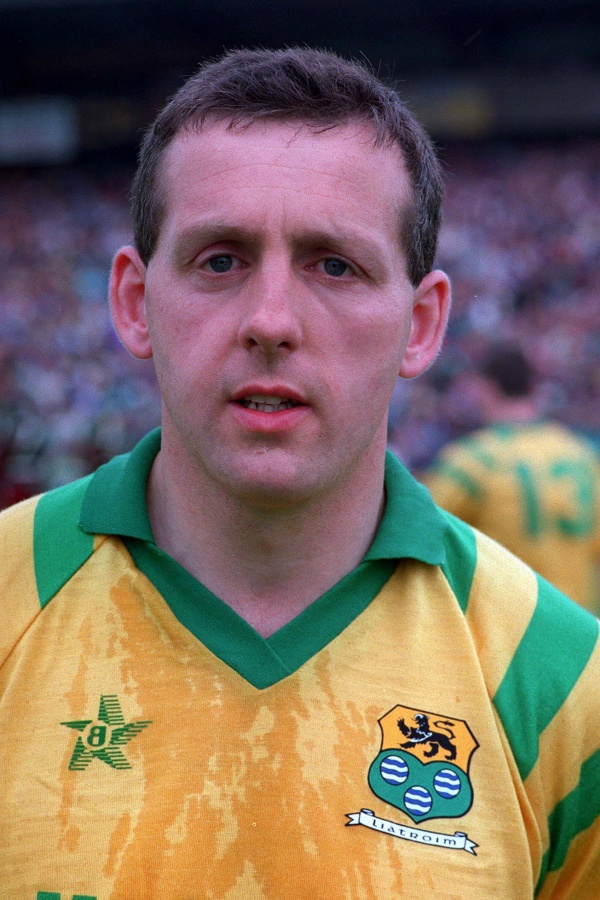 However, 1994's championship victory was their last for 20 years as the club went through a barren spell that saw them drop down to the intermediate grade.

"Mickey Quinn won an All-Star, he would be the big star. He's from the previous generation though, It kind of gets divided into the two eras now." Morgan Quinn said.

"They won the three in a row and did very well going on into Connacht. They ran into some massive teams in that time.

"They went up against the great Clann na nGael side, losing to them in a replay. You hear them kind of stories growing up, but we want to make a whole new story for ourselves.

"We want to write our own history." 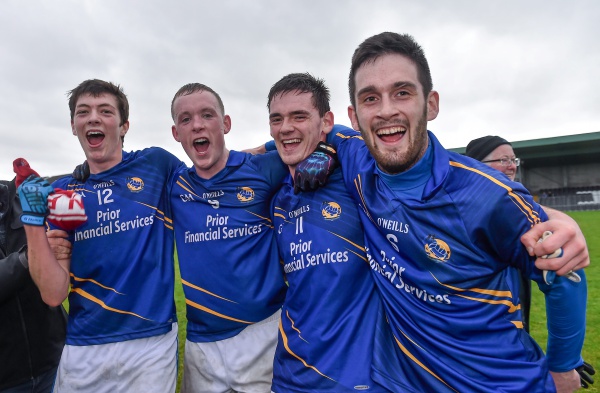 Aughawillan's history can basically be split into different eras. There was the glory days of the 80's and 90's, followed by 20 years of struggle, before re-announcing themselves as a force once more. They really have come full circle.

McGovern admits that the transition of a few successful minor teams helped propel Aughawillan from a situation where they nearly got relegated from the senior grade in 2013, to winning a first championship in 20 years twelve months later.

"We had a very young crop of players come through in 2014. Pearse Dolan, Mark Plunkett, Gary Plunkett, guys who are now playing for Leitrim seniors.

"Those young players gelled well with us who've been playing for the last 15 years, and we went from strength to strength." McGovern said 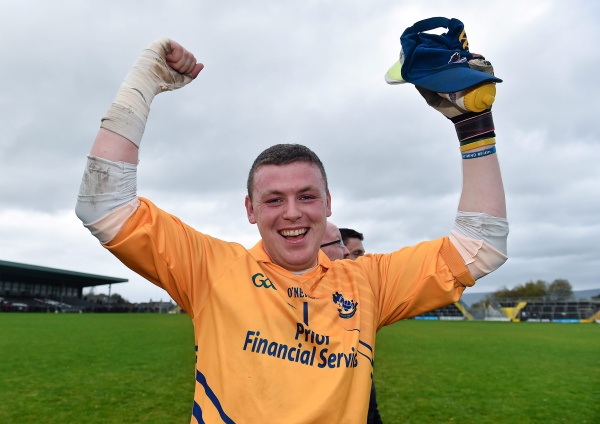 It's a new era for Aughawillan, but Morgan Quinn is adamant this new generation wouldn't be where it is without the tireless work of those legends from generations gone by.

"There's been a lot of work done, mostly with past players. Those players from 80's and 90's put their time into training with young players and it's really showing now on the field." Quinn said.

"You've got Gerry and Martin Flanagan, Martin Quinn, Frank Smith, Thomas Quinn in Dublin; some of those guys have won eight championship medals.

"It's just great to be able to brush shoulders with them, and it's massive for our juvenile players to take advice from men who've had such distinguished careers with the club."

This current Aughawillan side are only one win away from emulating those stars of old and making it to a Connacht senior final.

However they face a Ballintubber side who have come through a very tough Mayo championship, as well as overcoming three in a row Sligo champions, Tourlestrane. It's a massive test for Aughawillan but they are going in confident, and without fear.

"Ballintubber aren't the champions of Mayo for nothing, we know they are a strong side and that we'll be viewed as underdogs." McGovern said.

"But, we are confident!

"If we can do ourselves justice and put in a performance on the day, I've no doubt we have it in us to get the win."

popular
Gary Neville cautiously optimistic about England, but Roy Keane sums it up perfectly
Only old-school fans will get 20/20 in this 1990s footballers quiz | Part 2
Comparing the training gear of the Kerry 1980s team to a modern day outfit
"For me, there is no comparison between Con O'Callaghan and David Clifford"
The SportsJOE 12 o'clock quiz | Day 370
QUIZ: How much do you know about Dutch football?
Danny Murphy's comments on BBC tonight prove some folks will never learn
You may also like
1 year ago
'I prefer to be out the field involved a bit more in the action' - Leitrim's former goalie now a scoring star
1 year ago
Two Leitrim men awarded places on Champion 15
1 year ago
GAA JOE club team of the weekend
1 year ago
"It’s one of the proudest days of my life" - Zak Moradi on Leitrim's hurling triumph
2 years ago
Monaghan facing recent conquerors as qualifier draw made
2 years ago
Leitrim: The rise
Next Page