The argument for and against starting Tommy Walsh on Sunday

The tale of Tommy Walsh's trek to the 2019 All-Ireland senior football final is a tale taller than most others.

The rollercoaster begins with the highs of 2008.

A big, bustling Kerins O'Rahilly's club man is hot out of the Kerry underage nursery and his ascendancy to the senior team goes smoother and quicker than you could possibly imagine.

Young Footballer of the Year after his first year in the big time. 2009 ends on an even higher high.

Back we go ten years to the day when this fella was the 'next Gooch.' Four from play, off left and off right in the All-Ireland senior football final against Cork and Kerry fans were naming their teams ten years down the line around him. 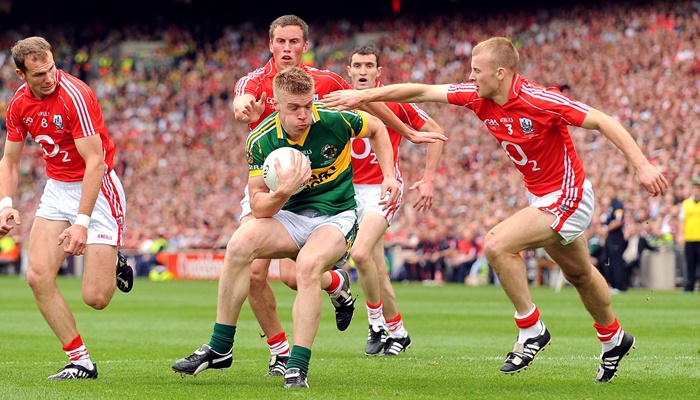 Ten years on and he's in the mix alright. But having travelled a very different route.

Back to the good old days. Walsh hadn't just turned heads in Kerry back then. This bit is crucial. AFL clubs were sniffing and St Kilda won the race.

The Down Under dream didn't go as planned though. A series of nagging injuries curtailed him. A knockout blow ruled him out. The hamstring was pulled off the bone in 2013 and in Australia he would never recover.

Kerry was calling but in the hot-seat Eamon Fitzmaurice wasn't having it. Walsh didn't get much of a look in. He kept on chugging away with the club and some eye-catching performances at the business end of the 2018 championship landed him back in the conversation. 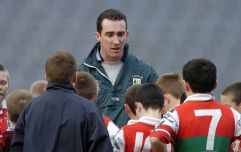 "I'd say to fellas 'if you bring a friend and they stay playing, we'll give you a prize"

END_OF_DOCUMENT_TOKEN_TO_BE_REPLACED

New manager Peter Keane jumped on it. In the League he fared well at times but for the majority of the championship he was on the periphery. Until the closing stages of the 2019 semi-final when Kerry were at desperation station.

"It’s a great sign of a fella who hasn’t been given real time," said Tomás Ó Sé at the launch of the Londis Kilmacud Sevens this week.

"I played with Tommy in the in 2009 when he left and he was just outstanding - we had another Gooch - you know he went off to Australia. 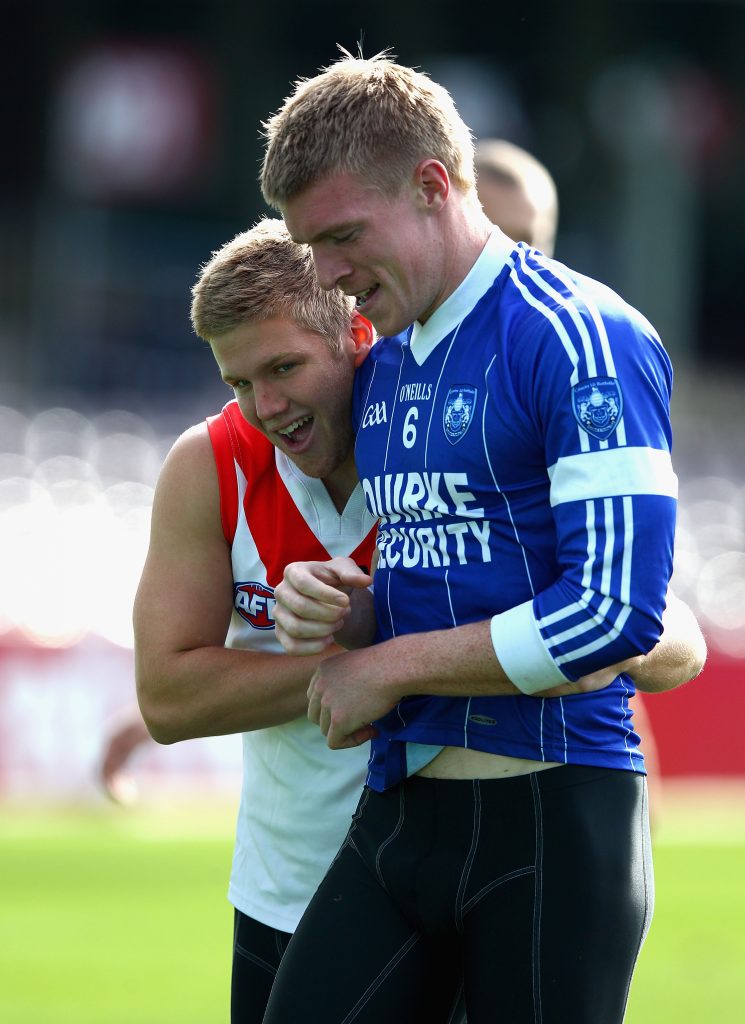 "So for Tommy to come back, especially with the injury outside, and to rebuild his confidence again, it’s a huge achievement for himself personally. He’s buzzing like. I think he has an attitude where he’s like, there’s not much else that can go wrong. He’s had his lows like. He’s throwing everything at it and it’s gone brilliantly for him.

"He was brought in when the shit had hit the fan and himself and Sherwood and Gavin White made a huge difference in turning the tide completely."

The GAA Hour host reckons Kerry must roll the dice. He reckons Walsh is their man.

END_OF_DOCUMENT_TOKEN_TO_BE_REPLACED

"If Tommy Walsh starts, which I think he should, it throws Dublin's match-ups into disarray. It rips up the script. Now Fitzsimons will probably have to go over or maybe Philly McMahon...Here's the thing, play Tommy Walsh, have him out for kickouts. Let Philly McMahon mark him. Philly wouldn't compete with him, then get him back in. Let him in and out. What would Dublin not want? It's this headache," says Wooly.

"So start him. I honestly think against Dublin, you have to be in the game at half-time. You have to be playing your strongest hand. Imagine being a 1/5 outsider and gambling on bringing a lad in at half-time. Let's look at the history of Dublin matches - they're over at that time. They know the pressure at the end is you lump it to him, you don't play it through the lines and give him ball the way he wants it..."

"I think the whole forward line should be built around him..."

"I personally think maybe - after half-time - the Dubs get to half-time and they reset, they deal with what they’re dealing with. I think Tommy Walsh might be something different in the second half. It’s an option. If he started, he’s well capable. A lot of people in Kerry fear that the game might be over by half-time and then you’re asking why isn’t he starting, but I do think he would have more of an impact coming in. But don’t doubt for a second that the Dubs won’t be ready for him starting or coming in. They’ll have their homework done, Who’s marking him, a sweeper, swapping and changing or whatever. There’s all sides into it. I’d bring him in," he says.

popular
After a bonkers final frame, a shaken Kyren Wilson makes it to the world final
The SportsJOE 12 o'clock quiz | Day 146
Leinster star Hugo Keenan has beaten Beauden Barrett's 'Bronco' time
"No doubt he'll say he played shit like he normally does, but I thought it was a good game."
QUIZ: Beat the clock to name the Premier League assist kings
The SportsJOE 12 o'clock quiz | Day 145
Can you place the biggest GAA grounds on a map of Ireland?
You may also like
1 week ago
Goal disallowed in Dublin SFC because player wasn't wearing his gumshield
3 weeks ago
The former Dublin minor star that led Ireland to Grand Slam glory
1 month ago
No promotion or relegation in Dublin championship in 2020
2 months ago
Seven-time All-Star Goldrick using time off to strengthen and improve
4 months ago
No fear of McCarthy losing a lifetime of fitness
4 months ago
"Sometimes sport can overwhelm you, it was time for him to take a deep breath"
Next Page