Ten minutes of the second half had been played when, after some distressing scenes, both the Inagh Kilnamona and Éire Óg Ennis players went back into the dressing room.

It was a good half an hour by the time they came back out. Jason McCarthy, the Clare and Inagh Kilnamona player, had suffered a nasty leg injury in the early stages of that second half and, as he lay on the ground, waiting on an ambulance, time seemed to stand still in Cusack Park.

A Shane O'Donnell inspired Ennis were leading the game convincingly but at that stage, hurling seemed a secondary thing. 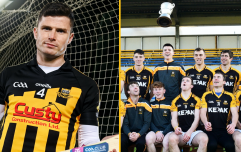 END_OF_DOCUMENT_TOKEN_TO_BE_REPLACED

With the Offaly football final also due to be broadcast, and due to the lengthy stoppage in play, TG4 were unable to show the closing stages of the match but we were informed that McCarthy would not be moved until the ambulance arrived. We were a long time waiting.

It was the guts of 40 minutes before an ambulance made its way onto the field for McCarthy to make his way off. By that stage, the teams were back out warming up for a second time.

"A man was forced to wait on the ground in Cusack Park today with a serious leg break, in the wet cold rain. Almost an hour passed before an ambulance came, in the middle of the county town. Disgraceful."

Successive governments have allowed our health services to be decimated. A man was forced to wait on the ground in Cusack Park today with a serious leg break, in the wet cold rain. Almost an hour passed before an ambulance came, in the middle of the county town. Disgraceful

Slightly odd sight, ambulance hasn't left the field yet but the players are back out warming up. pic.twitter.com/rIi9XRbKo1 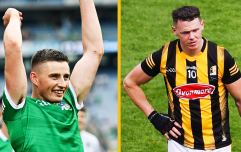 END_OF_DOCUMENT_TOKEN_TO_BE_REPLACED

And while it may have seemed like another game when they eventually got going, it was the same old story as the brilliant Shane O'Donnell and Danny Russell terrorised the Inagh Kilnamona defence to inspire their teams to the county semi final. O'Donnell ended his day with a whopping 1-9 from play.

All thoughts are with Jason McCarthy, and we wish him a speedy recovery.

Elsewhere, Naas continued their recent dominance of Kildare hurling with a comprehensive win over Maynooth while Rhode edged Tullamore in a titanic tussle of a football final in Offaly. In that one, Ruairi McNamee's second half goal was the match-winner while Alan McNamee won his 13th senior football county medal. Meanwhile, Portarlington's bid for a three-in-a-row is alive in Laois and they have their goalie Scott Osbourne to thank for that, as you will see in the clip at the bottom of the article.

Outstanding skill from McNamee as he puts his side in front with a superb goal! 😍👌#GAABEO@GAA_BEO | @officialgaa | @Offaly_GAA

What an incredible save by Scott Osbourne of @PortGAA in the dying seconds of the Laois semi-finalpic.twitter.com/Fo5uyZIzSL

You may also like
2 months ago
Donncha O'Callaghan the latest recruit as Davy's Ireland's Fittest Family connection bolsters Waterford backroom team
2 months ago
GAA JOE Team of the weekend
5 months ago
"There's no point in feeling sorry for yourself" - Kelly straight back into it with Ballyea
5 months ago
Dalo sums it up as Kilkenny do to Clare what they've done to so many others
5 months ago
“This is why I came home. Hurling was the only reason" - journey home worth it for Duggan
5 months ago
"Having that extra couple of kilos definitely contributes" - the silver lining to O'Donnell's concussion nightmare
Next Page