Alan Cadogan: Parts of your body is screaming, 'What the hell are you doing here?'

Cork forward Alan Cadogan has said that parts of his body were screaming at him after a horrendous run of injuries.

Cadogan missed most of last season with a knee injury while he returned this year only to suffer a quad injury against March.

He was thrust into action after just six minutes for Cork's Munster Hurling championship match with Limerick last month, over 21 months since his previous championship appearance on 13 August 2017, and he made an immediate impact with 0-3 from play.

He had previously played some club hurling with Douglas but he said that the biggest adjustment for him coming back was the aching in other parts of his body.

"What people don't understand is they think once your injury is fine, you can just go straight into it and everything will be fine," said Cadogan at the launch of Leisureplex’s ‘Share Your Summer’ campaign, at Leisureplex where teens & students are in with a chance to win a range of prizes simply by sharing their Leisureplex experience on Social Media.

"But from actually stepping back and looking at it, it's other parts of your body as I said screaming, 'What the hell are you doing here, you haven't done this in so long. But I suppose with any sport, you're going to pick up injuries, it's a part of life, it's a part of sport. Luckily enough in my career so far I haven't had any serious injuries, just the knee last year.

"Once you kind of accept it and you know the reality, as someone told me and it might sound a bit weird, if you embrace the injury, you say this is it, I've this time period and I need to do this, this, this to get back. Once you know you've an end date, that's your target, I think you're able to approach the injury quite differently and I knew myself last year what I had to do regards rehab.

Cadogan recovered under the watchful eyes of Declan O'Sullivan, who set out a fairly rigorous rehab programme over four-week periods whereby the forward would rehab for two hours every second day incorporating a mixture of upper body and leg work. 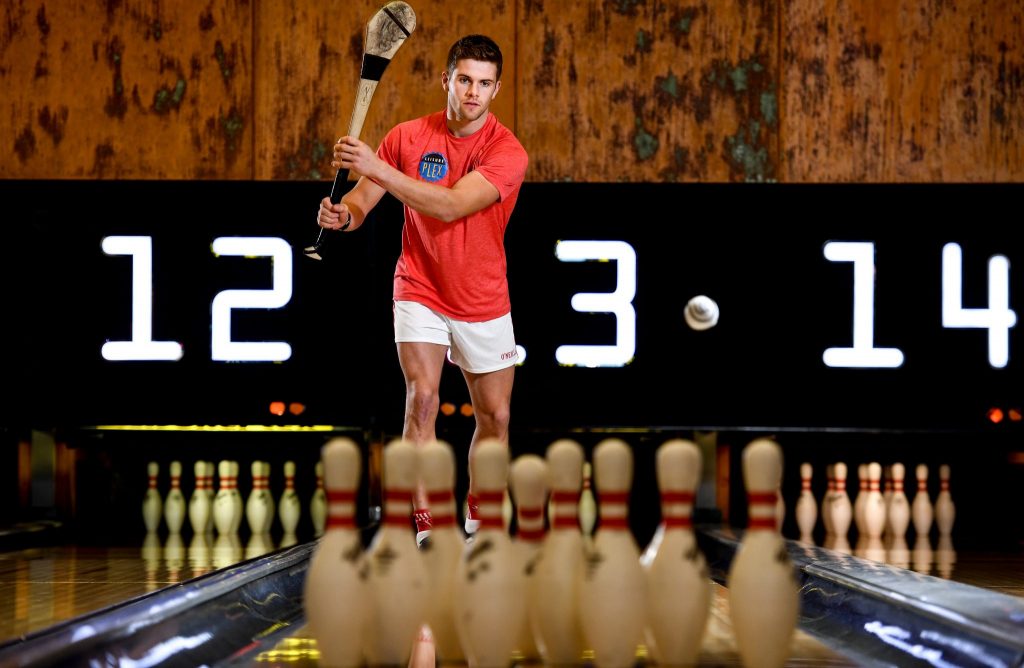 Cadogan's day job as a teacher certainly allowed him the flexibility to recuperate but it wasn't until he played Limerick did he feel that he rediscovered his match sharpness.

"I think Limerick even though you could see I was a small bit rusty but the way I looked it was that I came through a 70 minute plus game, chipped in with a few scores, was fit, came through it injury free," he added.

"Same thing against Waterford, got another 70 minutes. Take the scoring out of it, another 70 plus minutes against Clare, so all this is a bank. I know myself I have the work done and it's just about getting that match fitness.

"You can do all the training but it's that match sharpness that you need but I think those three games will stand to me. I'm just delighted to be back and I'm really enjoying my hurling at the moment."

Cadogan has linked up nicely with forward Patrick Horgan since his return to the pitch and the 26-year-old has compared their understanding to a strike partnership in football.

"Yeah, we work well together. Patrick is an excellent player, he’s experienced, he’s done it so we kind of bounce off each other, we know the same kind of runs we’re making and he knows if he gets bottled up he can handpass it out or set up scores.

"It’s like soccer, you might have two strikers up front and we kind of have that understanding of where each other is going to be or the runs that each other are going to make so even though you make a run and you might not get it, you are still creating space for him or the other forwards coming. We certainly do have that understanding and it’s good to be back playing with him."

Alan Cadogan of Cork in attendance at the launch of Leisureplex’s ‘Share Your Summer’ campaign, at Leisureplex, Charlestown Shopping Centre in Dublin, where teens & students are in with a chance to win a range of prizes simply by sharing their Leisureplex experience on Social Media. There’s loads of activities to try out, including Bowling, Quasar, Pool Tables & Arcade Games. For more info visit www.leisureplex.ie.


popular
Rory O'Connor gets Wexford out of jail as Shanagher throws it back
Conor McGregor sends message to new UFC lightweight champion
Burnley report Leeds' Ezgjan Alioski over gesture made towards Dwight McNeil
The SportsJOE 12 o'clock quiz | Day 352
Alisson gives moving post-match interview after scoring late winner for Liverpool
QUIZ: Can you name these La Liga cult heroes?
'Stop, stop, STOP!' - Texas crowd left stunned as UFC legend has arm snapped
You may also like
1 year ago
"It just has to stay alive" - Cork's battle to produce the goods
1 year ago
Cork physio wins hearts of the country with wild celebrations as Rebels catch fire
1 year ago
'She has such a good mind for the game' - Eimear Scally on Saoirse Noonan
1 year ago
Mark Coleman turns defender inside-out before scoring ridiculous point
2 years ago
Tony Kelly returns as Clare and Cork name teams for Páirc Uí Rinn clash
2 years ago
Áine O'Sullivan scores absolutely superb lob in All-Ireland final
Next Page