AIB GAA Club Camogie: Hurl of Honesty with Mullagh and Oulart The Ballagh

Who's going to be shouting the loudest in the bowels of Croke Park this Sunday? Who's the stickiest marker at Mullagh training? Who has been Oulart The Ballagh's Toughest opponent? We sat down with Colette Glennon of Mullagh and Karen Atkinson of Oulart The Ballagh ahead of Sunday's AIB GAA All-Ireland senior club camogie final and asked the toughest questions: 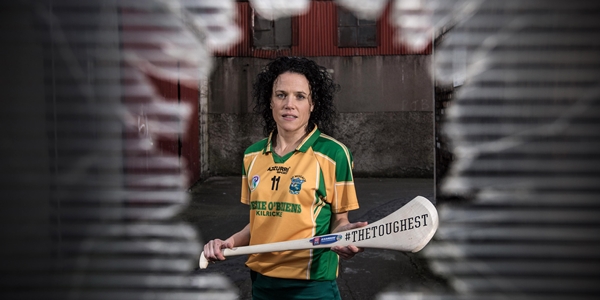 END_OF_DOCUMENT_TOKEN_TO_BE_REPLACED

It's great for the club. We hadn't won a county title in 22 years and it was great to push on and get over the semi final then. There's a super atmosphere around the parish and the club. Things are heating up a bit and everyone's looking forward to the trip to Dublin for the game.

What was the Toughest performance this year

END_OF_DOCUMENT_TOKEN_TO_BE_REPLACED

The All-Ireland semi final against Milford was very, very tough. We were down three points at half time and we hadn't really hurled at all. We were very jittery and we were very nervous and at half-time we kind of regrouped and we had to say were we going to rise to the occasion or were we going to flop? Thankfully we found some energy from somewhere and threw off the shackles and we hurled like we knew we could.

We found the break from the county final to the semi final probably the hardest. There was three months there, it was long and you're wondering about how to manage the time. You're off for a few weeks, then you head the gym for a while and you're trying to get challenge games at Christmas time.

What was the the ambition at the start of the year

END_OF_DOCUMENT_TOKEN_TO_BE_REPLACED

Trying to get out of Galway is very tough and we've been trying to do that for a long time. We've been knocking on the door the last three or four years and we've been in county semis and finals and we hadn't got over the line. So this time last year we were setting off and the target was the league. Then it was the championship and when we got over the line anything else after that was going to be a bonus and here we are.

Who's the loudest in the dressing room:

Without a doubt it has to be Brenda Cahalan, rarely in bad form and never lacking energy! She's usually accompanied by George. Although we are generally known to be a loud bunch (ask our physio Elaine), there are one or two quiet characters among us, I'd probably say Karen Kennedy or Sarah and Sharon Dolan!

Who's always moaning at training

Deirdre Kelly. She's usually fashionably late and she does what she has to do and no more.

Who's the toughest person to mark in training

When I see Sinead Cahalan I know there is going to be a few swipes thrown in.

Katie Taylor has really put women's sport on the map. She's a great ambassador for young people with her drive and determination in all that she has won. 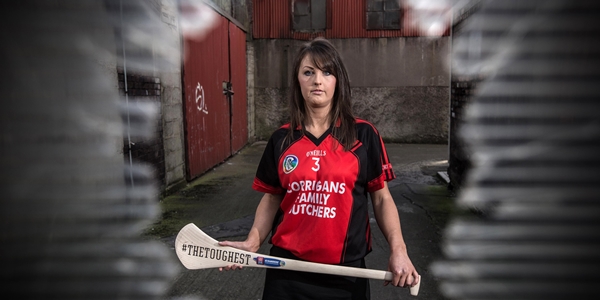 The excitement and build up is just as good as the first time we were there. It's not everyday you get to Croke Park or get to an All-Ireland final. There's such an excitement and buzz around the pitch and we're looking forward it but we do have a better idea of what's coming. We know Mullagh are going to be tough but we're looking forward to it. There are loads of flags and bunting around.

What was the Toughest performance this year

The All-Ireland semi final was very, very hard. Many people would have thought Milford was the hardest side to get but Loughgiel are a really strong team. Their belief and confidence has really grown over the last number of years from the last time we played them. Maybe before they were inexperienced but this time they really had grown and they put it up to us until the very end. We only scored a point in the second half and their had our backs to the wire in the second half.

I know Rathnure we played in the county final and they have always been there or thereabouts. It's tough to even get out of our own county and Rathnure always put it up against us. They have experience and a bit of youth coming through as well but I think our best performance was that day. Nothing was going to stop us from winning that final. You build up to the county final and then Christmas happens and you have to take it down a level or two again but that's what you're faced with and you have to get through it.

What was the the ambition at the start of the year

We had always said we were going to get to an All-Ireland after winning the county final, but you have to go step to step to get here. You have the ambition but you can't get too carried away.

Who's the loudest in the dressing room:

They're going to kill me for saying this but probably Mary Lacey.

Who's always moaning at training

Belief can can take you much further than talent can.

Who's the toughest person to mark in training

Probably Una Lacey. She's so strong and so physical that it's hard to stop her.

I really like Katie Taylor. Nothing to do with camogie but she's a female athlete and I think she's brought so much to boxing and I've met her a few times and she's so down to earth.