After all these years, no doubt in Pat Spillane's mind about his favourite player

No, it's not a Kerry player.

Pat Spillane is retiring from The Sunday Game after today's All-Ireland final between Galway and Kerry, and after decades of covering Gaelic football, the Kerryman has seen some of the best players in history.

As expected, the veteran pundit had to endure a bit of ribbing as his colleague and former Dublin star Ciarán Whelan presented him with a 'Dublin Five-in-a-row' framed jersey, and Sean Cavanagh thanked him for giving Ulster sides so much motivation over the years.

This is of course in reference to the fact that Spillane had famously been very critical of teams in the north, and the more defensively viewed style of football played there.

Pat Spillane has been a leading and legendary voice in #RTEGAA broadcasting and analysis.

On his final #SundayGame, we look back at the last three decades and present him with a special momento. #sundaygame pic.twitter.com/YaqpquvwDd

One moment in particular came in 2003 when he infamously described Tyrone's style as "puke football", a term that has now joined the vocabulary of GAA folk used on sidelines all over the country.

END_OF_DOCUMENT_TOKEN_TO_BE_REPLACED

So, it may surprise some that when he was asked to pick the best player he has ever watched during his time in punditry, he actually picked someone from that very county.

No, it definitely wasn't Sean Cavanagh, who was in giddy form, relishing the retirement of his verbal sparring partner, but a member of the famous Mickey Harte team who played this 'puke' brand of football. 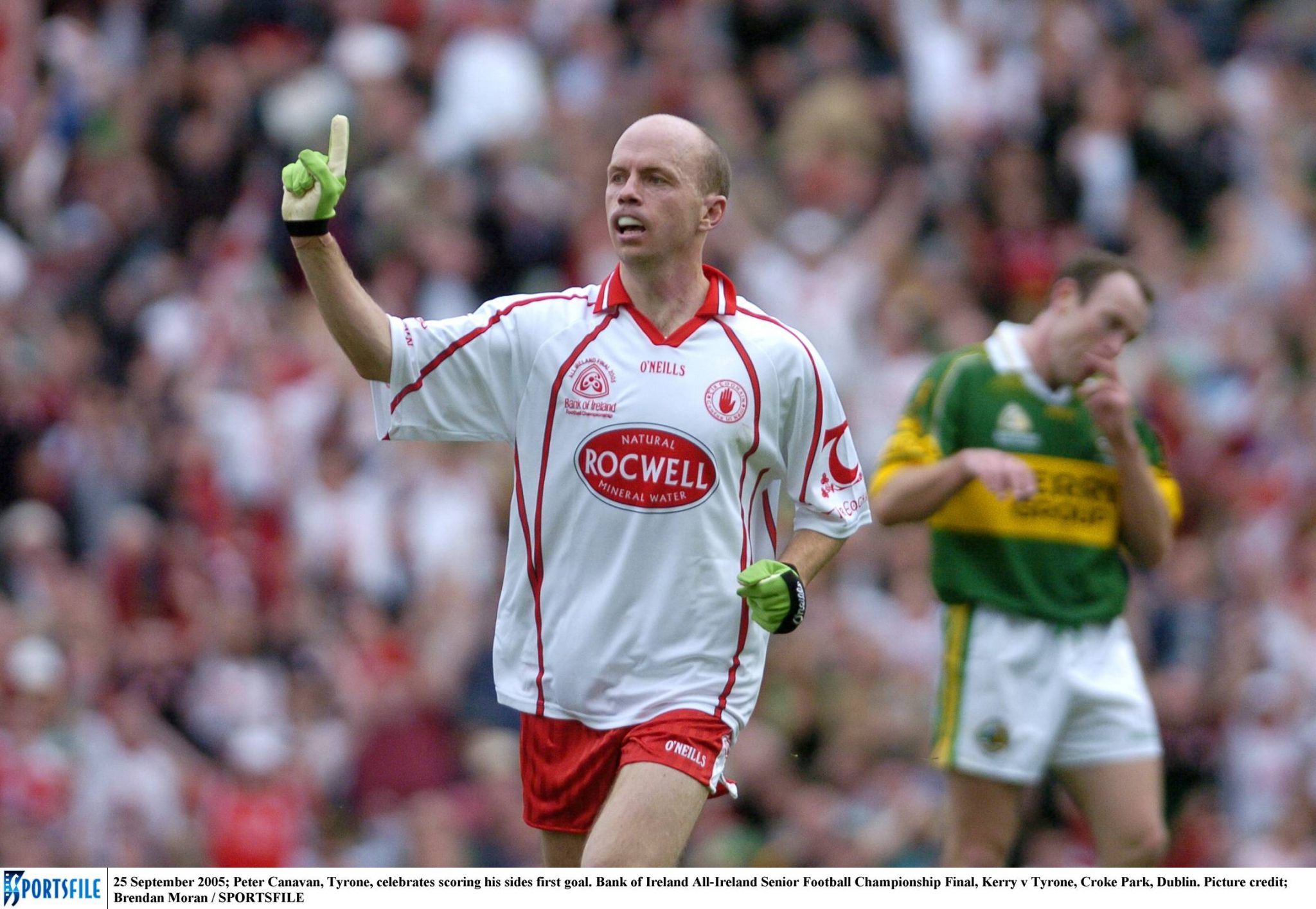 "I've been privileged for the last 30 years to write about GAA, and talk about it on RTÉ... they said don't select a Kerry player. So, I think Peter Canavan would be the man I'd pick, over the last 30 years. He was a superstar."

"There was a load of Kerry fellows but it would take up too much time, but thanks very much, that was lovely, can we get on with analysing now?"

END_OF_DOCUMENT_TOKEN_TO_BE_REPLACED

Now a pundit on Sky Sports, Canavan has won two All-Ireland titles in his playing days, but his individual brilliance during the barren years, before Tyrone ever even lifted the Sam Maguire, was stuff of sheer brilliance.

Anti-puke football if you will.


popular
Barcelona allowed to register four new signings, but Jules Kounde misses out
Erling Haaland registers strange statistic on home debut as Mark Travers keeps the City score down
"He can add something to our attacking line up" - Jamie Clarke signs for Northern Irish soccer club
Erik ten Hag’s Man United demands show why he should reject their offer
Luke Chadwick recalls furious Alex Ferguson reaction when he rejected loan move
Angry Frenkie de Jong 'tells Barcelona teammates he could join Man United'
Ranking the best county GAA songs of all-time (32-1)
You may also like
5 days ago
Referee mic was trialled during hurling final and proves why it should be introduced permanently
5 days ago
Colm O'Rourke belives that Shane Walsh should at least wait a year before making club transfer
1 week ago
Antrim star saves someones life in the morning and then scores 1-15 for his club in the evening
1 week ago
"I just can’t agree with it" - Darran O'Sullivan critical of Shane Walsh's transfer to Kilmacud Crokes
1 week ago
Mayo star scores an outrageous total of 1-17 in Chicago championship game
1 week ago
The GAA hasn't gone away you know - Some great games on TV this weekend
Next Page