The year is 2021, and Cora Staunton is still shooting the lights out.

Cora Staunton made her debut for the Mayo ladies senior football team at the age of 13. She won her first All-Ireland title at the age of 17, back in 1999.

For 23 years, the Carnacon club woman scored for fun in the green and red of both club and county and when she'd had her fill of it, she said she might as well head off and conquer another sport too. As you do.

At the age of 36, Staunton headed Down Under to join the Greater Western Giants and in doing so, became the first Irish woman to play in the AFLW. Game-changer, it turns out, was a very apt name for her 2018 autobiography because by 2021, 14 Irish women were following her pioneering footsteps to play a professional sport on the other side of the globe. 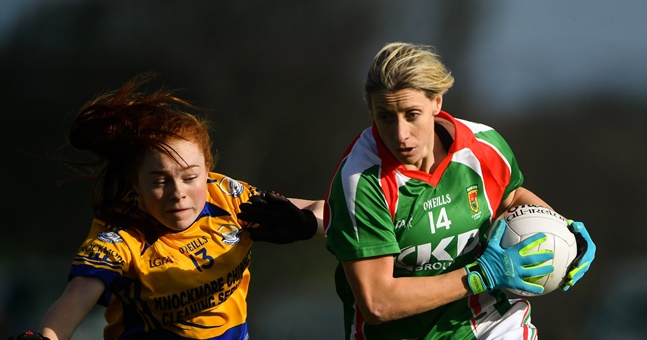 Staunton wasn't just here to play, she was here to succeed and it wasn't long before she'd mastered the foreign game. In her debut season, she kicked five goals in seven games and her return has improved every year since.

Scoring has always been the name of the game for this trailblazer, who once racked up a respectable 9-12 in a game of club football. That's 39 points, a tally many players wouldn't rack up in a life-time never-mind in 60 minutes.

The more things change, the more they stay the same.

The Irish have hit the ground running in this AFLW season with Aishling Sheridan, Orla O'Dwyer and Sinead Goldrick making their presence felt but central to the Irish tune has been the evergreen Staunton who keeps on scoring.

On Sunday morning, the Giants defeated the West Coast Eagles by 48-28 and Staunton was the difference-maker, kicking four goals for her day's work.

Staunton has the power, she has the burst and that eye for a goal is still there.

Her most impressive score came in the fourth quarter when swinging a beauty of a mark from distance.

Check out this BEAUTY of a curler for her 4th after a great lead and mark.

When will it end? When Cora Staunton wants it to end.

You may also like
2 weeks ago
De Búrca keeping positive as Fenton and Hegarty are the top dogs
2 weeks ago
Cavan make history as Dubs dominate the 2020 Football All-Stars XV
1 month ago
Rowe and Sheridan make the magic happen as Irish impact continues Down Under
1 month ago
He'll be remembered as a footballer but Keith Higgins has always been a hurler
2 months ago
Parsons bows out having left everything on the field
2 months ago
"Never once did he make it about himself. Never once did he complain" - Moran's tribute to fellow soldier Clarke
Next Page