COMPETITION: WIN a pair of tickets to the All-Ireland Senior Football Final

Brought to you by Londis

To celebrate the 2019 Londis All-Ireland Football Sevens this weekend, we've got Croke Park tickets for one lucky reader

Most of the attention may (understandably) be on Croke Park this weekend, but that is by no means the only All-Ireland taking place. Since it first came into fruition in 1973, the Londis 7s  tournament has seen some of the most talented players from all over the country play in this unique version of the game.

This year is no different, with last year's champions Corofin looking to defend their crown in Kilmacud Crokes' HQ on Saturday, 31 August. Throw-in for the first game is at 10.30AM, and it's set to be an action-packed day of fast-paced football.

Mayo veteran Seamus O’Shea joined Dublin legend Charlie Redmond and five-time All-Ireland winner with Kerry Tomas O Sé earlier this week to officially launch the tournament. To celebrate, two tickets to the final will be up for grabs that morning!

Just enter your details below to be in with a chance to win. 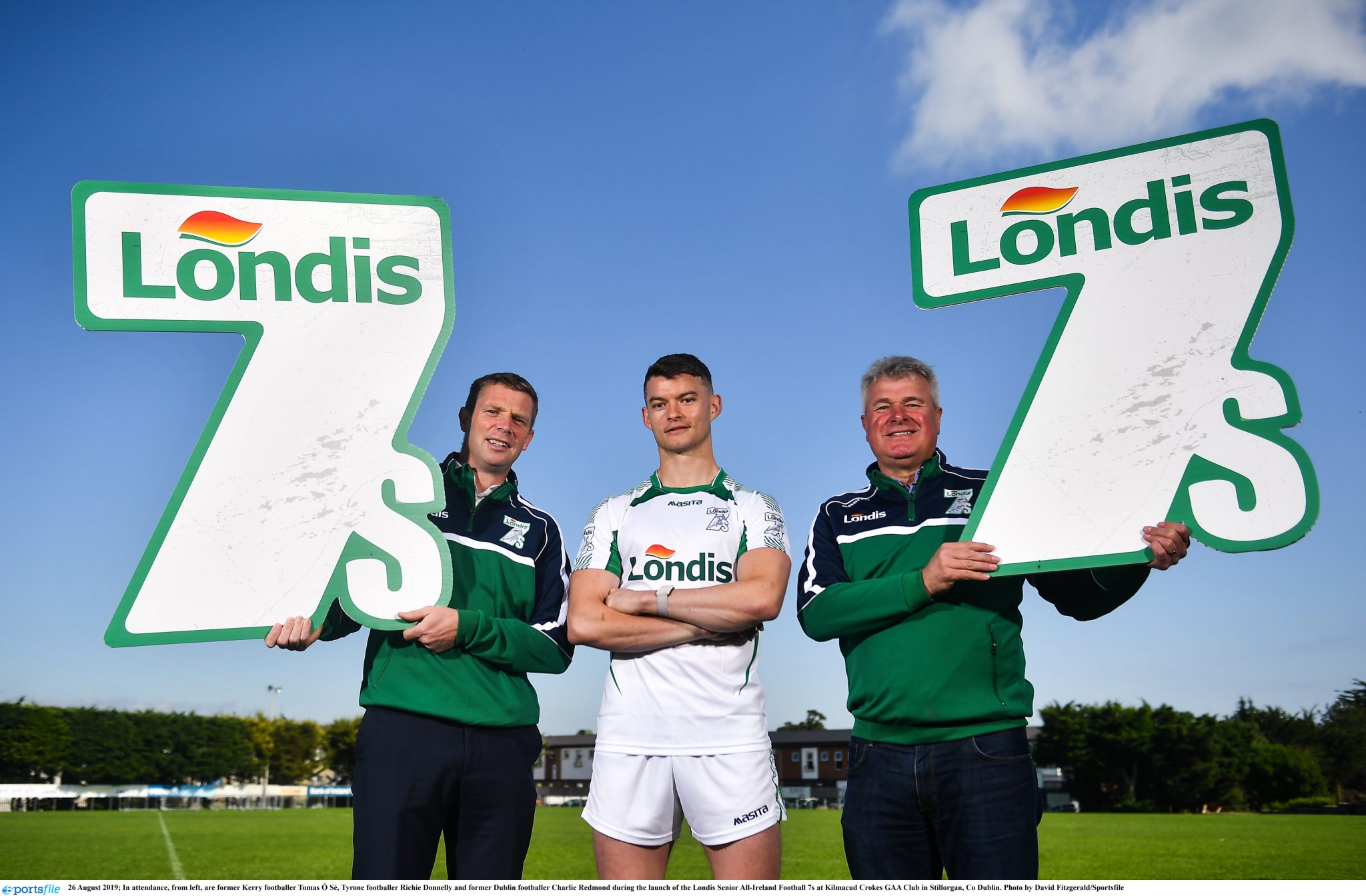 As well as offering uncompromisingly friendly customer service, quality produce and excellent value, all 130 Londis stores have an extra special something that only local people can deliver. Every Londis store is owned and run by locals so every Londis is shaped by and for the local community it serves. In other words – it’s Local Like You.

Brought to you by Londis

popular
The SportsJOE 12 o'clock quiz | Day 291
Roy Keane story shows the power he had at Manchester United
Three players locked in Ireland jerseys after Thomond Park trial
McGregor admits shout from Dustin Poirier's corner got inside his head
Jolie Poirier certainly let her voice be heard after her husband's win over McGregor
How Declan Rice pursuit contributed to Frank Lampard's Chelsea sacking
Two uncapped players and some shock omissions as Ireland name Six Nations squad
You may also like
3 hours ago
Middlesbrough player left bleeding after kick to head, somehow denied penalty
3 hours ago
How Declan Rice pursuit contributed to Frank Lampard's Chelsea sacking
5 hours ago
Lampard will always be a Chelsea legend, it was just too much too soon
6 hours ago
Ireland's best XV to face Wales after 2021 Six Nations squad calls
7 hours ago
John Cooney the latest Ulster face not to fit in Ireland's set-up
8 hours ago
Abramovich pens heartfelt statement on Frank Lampard sacking
Next Page