No-one got near them.

Three points was the closest margin anyone got to Dublin throughout the 2018 All-Ireland championship. Tyrone were within a goal in Omagh. Donegal were beaten by five, a margin that flattered them as Dublin played keep-ball in the face of Donegal's blanket in the last 10 minutes. Tyrone were ousted by six in the final.

Outside of those games - games which Dublin always looked in control of anyway - there was no match for Jim Gavin's men as they rolled through the championship at a canter, all the way to four-in-a-row.

Kerry, Galway and Donegal took provincial honours, Monaghan and Tyrone were impressive but, in reality, and in eventuality, Dublin were miles ahead, and that's reflected in SportsJOE's 2018 All-Star team. 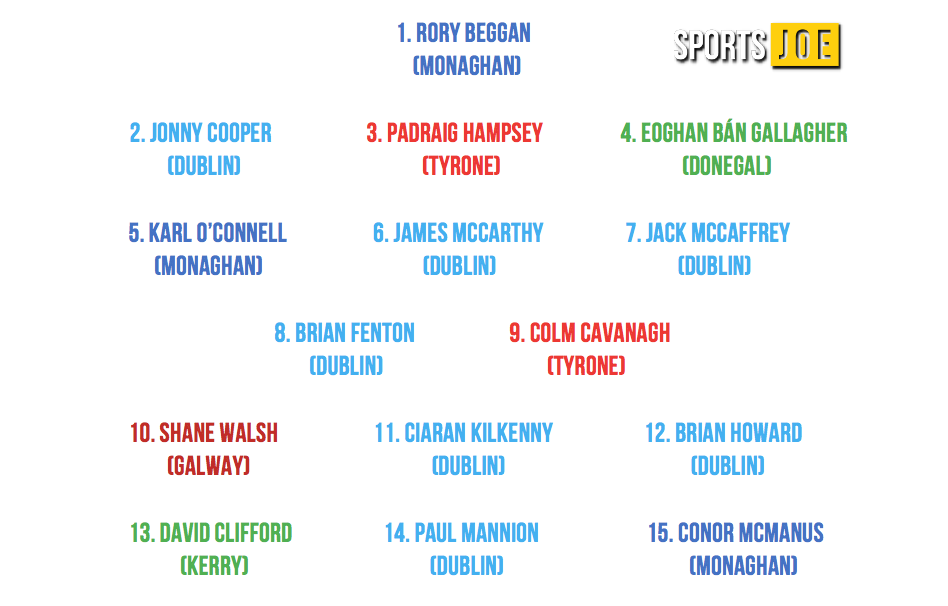 Straight off the bat, a few lads are hard done by.

Dean Rock kicked seven in the final, five in the semi, seven and six against Tyrone in Omagh and Donegal in Croke Park. He hit eight in the Leinster final too. But Damien Comer and Daniel Flynn were colossal at full forward and there's no room for them either so what are you going to do?

Tiernan McCann missed the start of the championship for Tyrone but he was as incisive as ever whilst Niall Sludden and Mattie Donnelly will feel aggrieved that they're not representing the finalists either.

END_OF_DOCUMENT_TOKEN_TO_BE_REPLACED

It is sinful that Stephen Cluxton hasn't won an All-Star since 2013 but, this year, Beggan was simply the best. Commanding in the area, scoring 65-metre frees for the craic and his kickouts were simply delightful, controlling the play right from his tee and a vital part of the Monaghan system as the sweeper 'keeper.

Came into his own when the heat got turned up in Omagh. Chalks up more diving blocks than some players do hand passes. Absolutely mad for it and no-one got the better of him this year.

At midfield, at centre back, at full back, Hampsey has been Tyrone's standout performer. He was outstanding on McManus at Croke Park and actually had a brilliant final too, despite Mannion also playing so well. So tight, so sharp, so strong in the tackle. 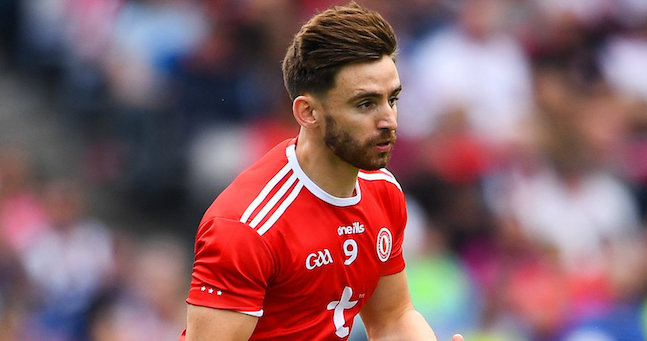 You see some sights standing on Hill 16. Tickets for an All-Ireland semi-final seat are priced at...

The driving force for Donegal from the back, it was like he hopped on a moped every time he wanted to burst up the pitch.

END_OF_DOCUMENT_TOKEN_TO_BE_REPLACED

Irrepressible. When Karl O'Connell decided to bomb forward, teams had no answer. Set up a mountain of points for the Monaghan forwards with his penetrative runs and kicked some screamers with the outside of his boot along the way too.

You can have all the defensive systems you want but, when Jack McCaffrey can eat up the whole pitch in a matter of seconds, what the hell can you really do about it? 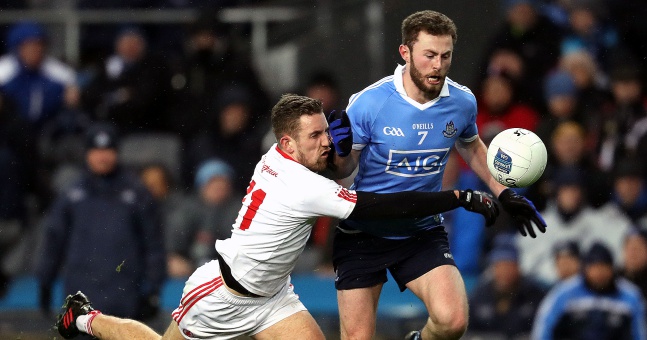 END_OF_DOCUMENT_TOKEN_TO_BE_REPLACED

Has he ever actually been tired?

Came into his own in the height of the summer. His tackle on Jack McCarron would be the stuff of legend if Tyrone lifted Sam in the end but he was a rock yet again at the heart of their defence, vital for Morgan under kickouts, and had a big influence in bringing Tyrone back into it in the final when he went into the edge of the square.

Had a brilliant summer as Galway won Connacht and made it to the semi-final. Instrumental against Kerry, hit the goal against Dublin, his pace and directness was killing teams as the link man that took Galway onto another level.

Top scorer from play, he was the one who steadied the ship for Dublin in the final when he kicked their first score from play in the 18th minute. Some cracking scores, audacious goals, strong, strong running. He wasn't just a workhorse this year, he was a creative spark and a deadly finisher.

Should be in contention for footballer of the year. Brian Howard has become the perfect half forward. His power is frightening, his side-step is illogically evasive for such a big man, his right foot never makes a mistake. He was a link man, a scorer, an extra defender and Cluxton's go-to.

Never mind Young Player of the Year, Brian Howard should be in line for Footballer of the Year 👏 pic.twitter.com/1HiAg9zwqS

The 19-year-old who became the leader of a county in crisis. Left foot, right foot, goals, points, in his first year, he has backed up the hype.

Wouldn't have to ask him twice to track back the entire length of the field, when the pressure was turned up, it was Mannion who was coming out with ball in Omagh and in Croke Park again against Tyrone. His nerveless penalty finish brought Dublin back into the decider whilst his running, his jink, his left foot set him apart.

1-9 against Kerry, the championship's top scorer. Had an inspirational game in Tyrone at the start of the championship and was once again the force that has him rated as the very best in a year Monaghan bridged three decades.


popular
Justin Gaethje tells Conor McGregor to wait his turn
The SportsJOE 12 o'clock quiz | Day 73
QUIZ: Can you name the Football Italia cult heroes? | Part 2
The SportsJOE 12 o'clock quiz | Day 72
QUIZ: Correctly identify these World Cup 2014 players from their stickers
Only a true nerd will get full marks in our 2016 football quiz
SportsJOE 2000s Football Quiz | Round 3
You may also like
1 week ago
Seven-time All-Star Goldrick using time off to strengthen and improve
2 months ago
"I'd spent hours and hours honing my left foot with my dad when we were young"
2 months ago
April club month a goner as virus threat causes longer delays
3 months ago
"That's not just handbags, there is a lot of really serious punches being thrown"
3 months ago
Monumental wind causes havoc in Healy Park for Dublin v Tyrone
3 weeks ago
No club football for nine years but Canavan was always going to make it work
Next Page