Hopefully it's not described as "puke football" this time.

August 24th 2003, Tyrone took on Kerry in the All-Ireland semi-final, and much like this time around, the Ulster side were deemed to be the underdogs.

Also similar to this year's game, the Red Hands were under new management for the first time, as it was Micky Harte's first year in charge.

END_OF_DOCUMENT_TOKEN_TO_BE_REPLACED

One person who will have been directly involved in both games is the new and current Tyrone boss, Brian Dooher, who also lined out that day in the half forward line.

A final, but loosely related omen, is the fact that Tyrone shocked everyone in that match, especially Kerry, with their dogged, ferocious work-rate, and sheer relentlessness to get every ball.

This time around, Tyrone have already shocked the GAA by requesting the game be postponed by two weeks, then pulling out off the competition entirely, when this request was not met. 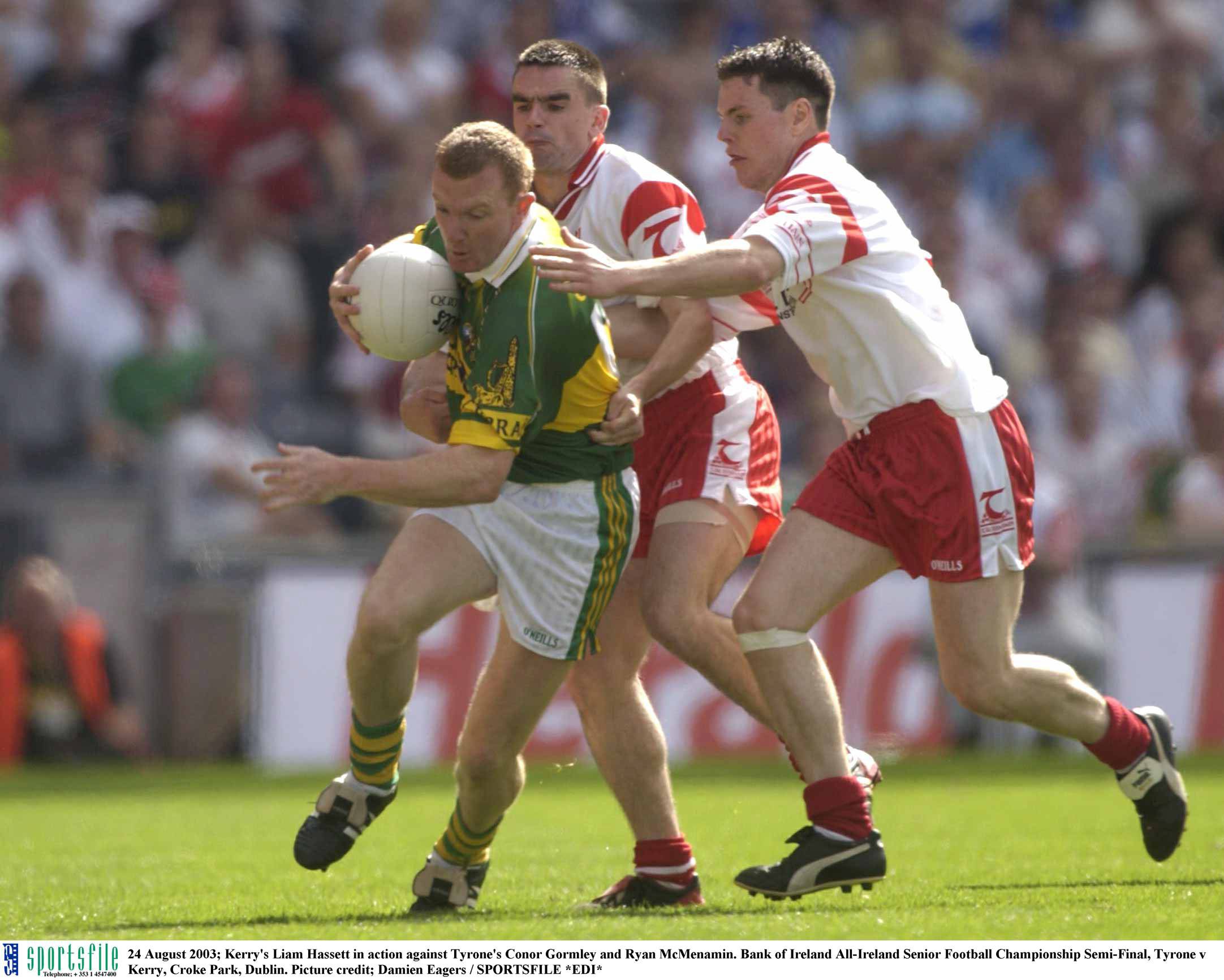 END_OF_DOCUMENT_TOKEN_TO_BE_REPLACED

This, in turn, forced the GAA's hand to meet their demands, and a lot of people are angry and frustrated by this, not least Kerry.

Like in 2003, Tyrone had a siege mentality about them, a sheer defiance in character where they would only do what is best for their county, and not care what the others thought of them.

This is a trait clearly held by the modern team, who refused to budge in their demands, and now should have a full squad to select from to play The Kingdom.

END_OF_DOCUMENT_TOKEN_TO_BE_REPLACED

18 years ago, Tyrone announced themselves as a new powerhouse in the GAA monopoly, that had already included Kerry and Armagh.

Unbelievably, they kept a Kerry side that boasted legends such as Colm Cooper, Tomás O'Se, and Eamonn Fitzmaurice, scoreless until the 24th minute, and held them to just two points at half-time. 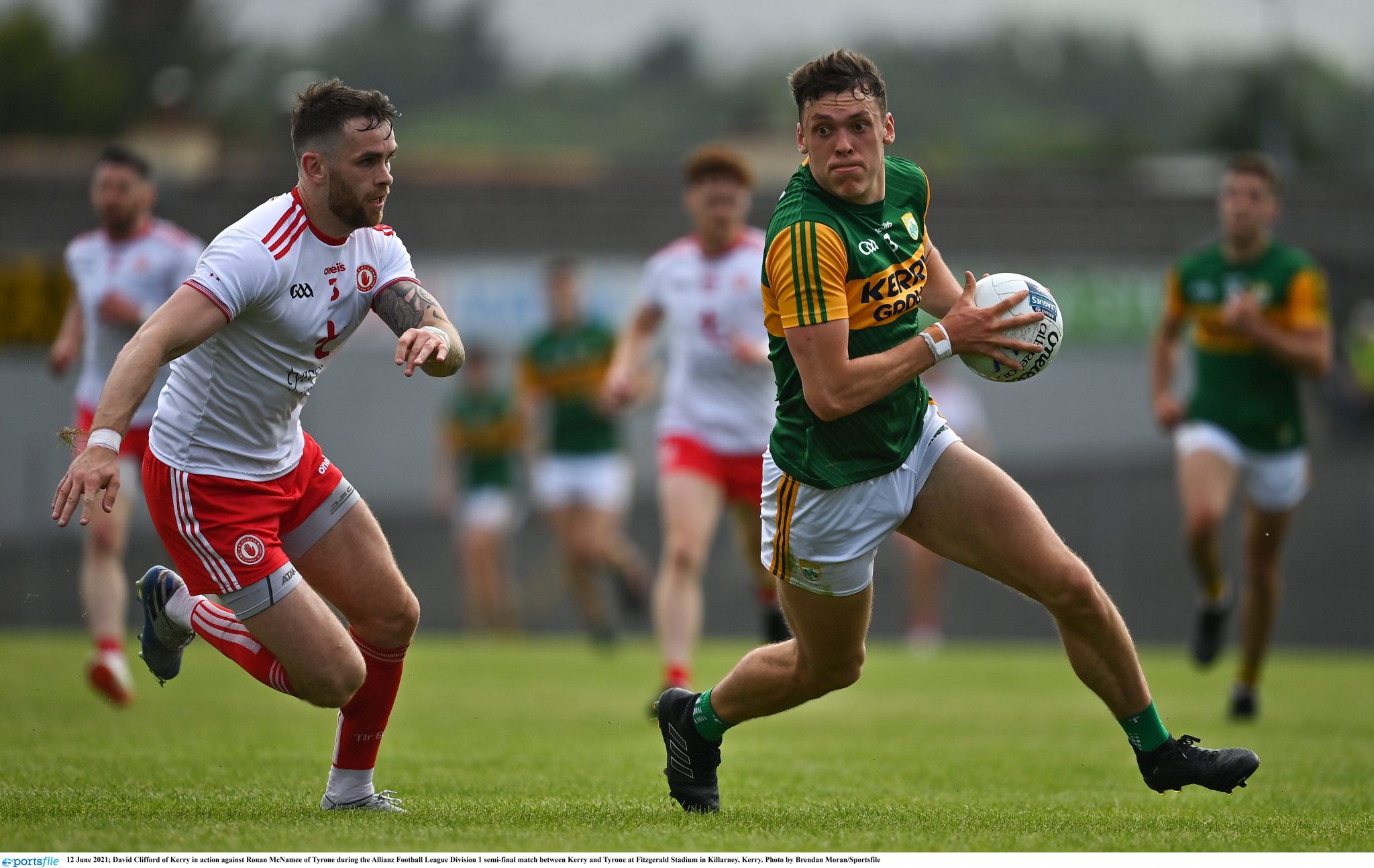 Their talismanic player and captain Peter Canavan, had to come off injured in the 14th minute, but instead of stalling, they rose to the challenge and continued their barrage on everything that was green and gold.

The game eventually finished Tyrone 0-13 0-06 Kerry, although omens, and minor coincidences aside, things are very different this time around.

A David Clifford charged Kerry, already dismantled this Tyrone team, scoring six goals past them in the league, and continued that scintillating form all the way through the championship.

The Ulster side however, have chopped and changed their side a lot throughout the campaign, with the new managers trying to figure out their best team without the privilege of a pre-season due to COVID-19.

The virus has also took its toll on the team, and although they will be available for selection, it isn't yet known how their fitness and health will have been affected, since contracting the infection.

Times are a lot different now of course, but some things always remain the same, and the fierce rivalry of Kerry and Tyrone isn't going anywhere - that and Pat Spillane.

Hopefully he won't describe Saturday's game as "puke football," like he did in 2003.


popular
Ireland team to play Wales: Andy Farrell's XV, the big calls and bold cuts
Jaden Sancho can't hide his smile as Old Trafford give heartwarming reception
Everton release brutal 59-word statement to confirm Anthony Gordon departure
"Every team did it!" - Paul O'Connell on Roy Keane comment to Ronan O'Gara that he couldn't deny
Owen Farrell praises Johnny Sexton in revealing interview ahead of Six Nations
Discontent over Netflix access for Six Nations documentary as Johnny Sexton focuses on his Last Dance
"It's crazy to think Bundee Aki might come straight in and start against Wales"
You may also like
6 days ago
Lidl launches One Good Club in support of youth mental health
2 weeks ago
O'Byrne Cup reduced to farce as Offaly withdraw from competition
2 weeks ago
Rory Gallagher expects Glen players to be back for Derry the week after club All-Ireland final
3 weeks ago
"That fecker, again?!" - A Dubliner's perspective of going up against Lee Keegan
3 weeks ago
The top five GAA players who never won the All-Ireland
3 weeks ago
Dessie Farrell reveals why Paul Mannion and Jack McCaffrey returned to Dublin
Next Page