Joe Brolly once said that there's something about being in the same room as Owen Mulligan that makes you feel good about yourself.

It's hard to put your finger on, to be honest.

He's funny, he has a warm smile and he's as successful a GAA player as they come but there really is something else to him. He has this presence that puts everyone at ease and draws people to him like a magnet, all looking to just chat with him.

It was at a fundraising event for Ballerin GAA's Shaun Mullan in Derry and 'Mugsy' plays the Tyrone card perfectly, he takes the stick well, he verges often from the rules of the changing room of not slagging your team mates or giving out inside stories and, by the end of the night, he's wearing one of the jerseys the club have given to him as he stays on late until the wee hours whilst everyone else clears off.

He's one of those men who seems to have real time for everyone. And, for a player who reached the very top, that leaves a mark. 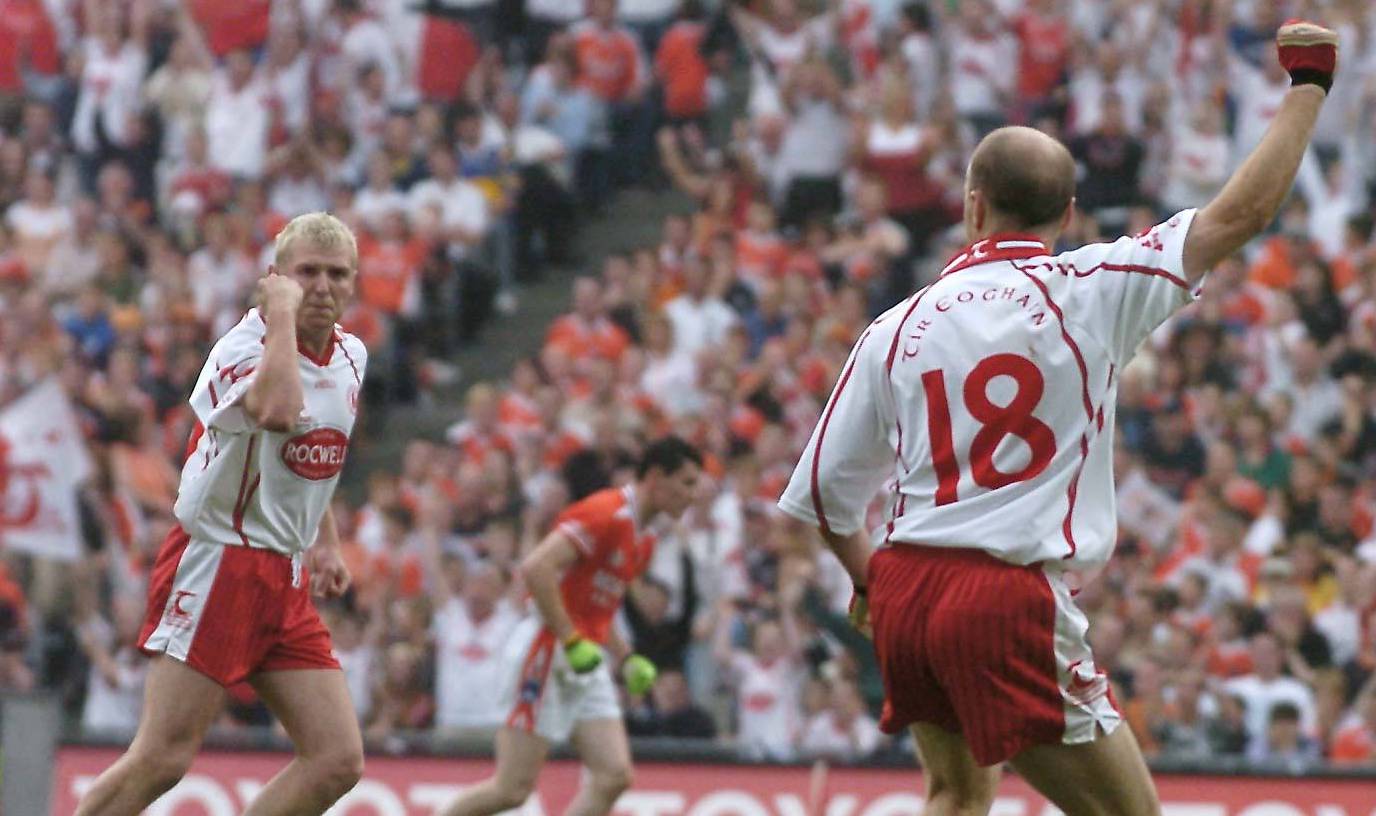 Once dubbed The Student for his half in the deadly Master and Student combination between himself and Canavan, the Cookstown native wasn't long in carving out his own name.

The goal against Dublin - either day - the catch against Kerry, they're now immortal moments in the annals of Tyrone that sit barely above the effortless skill he rocked in with every single Sunday.

A man you couldn't rattle, Owen Mulligan seemed to actually enjoy the craic of being sledged on the pitch - not in the 'he'll relish it' sort of way, he just looked to appreciate the words and find them genuinely funny. 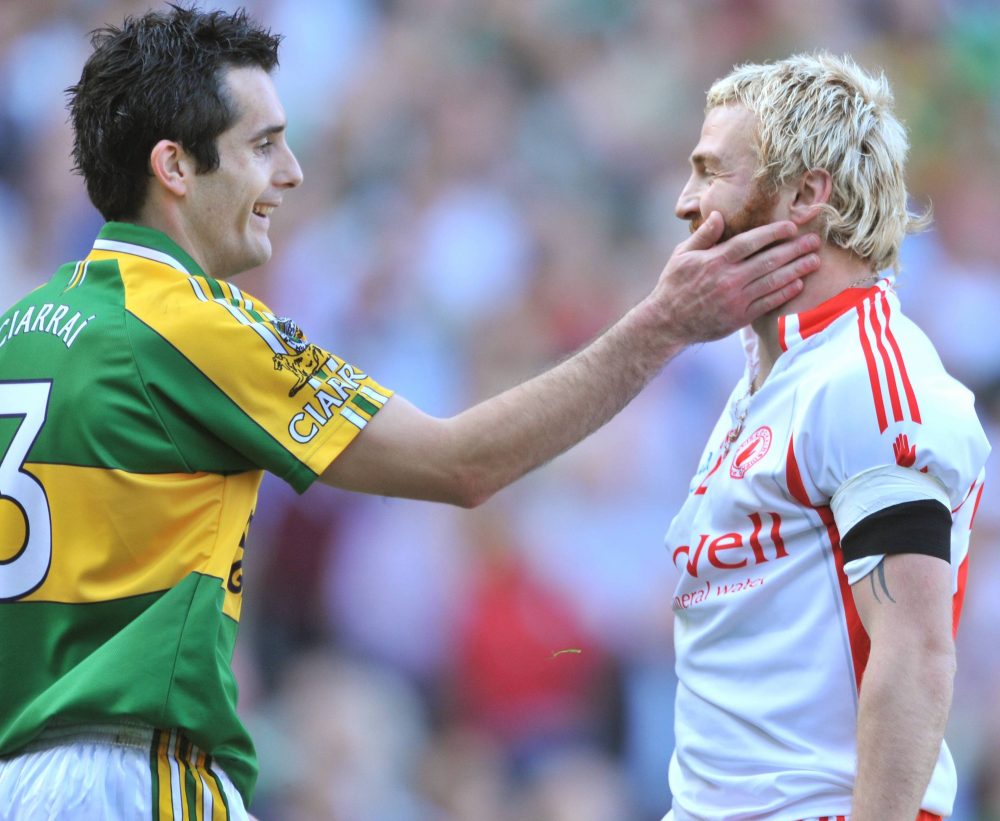 END_OF_DOCUMENT_TOKEN_TO_BE_REPLACED

When all is said and done, his career reads four All-Irelands (three with Tyrone and the All-Ireland intermediate title with Fr Rocks of Cookstown), four Ulster titles with his county, two national leagues and an All-Star.

He even went over to London and guided Fulham Irish to the championship in the English capital, kicking the winning score no less.

And, so, if any man can be happy with his lot, it's Owen Mulligan.

The time has come to let go, iv lived the dream. pic.twitter.com/hNqreO5nd6

In the shortest and sweetest statement of GAA retirees, Mugsy hung up his Puma boots, blackened the photo and wrote:

"The time has come to let go. 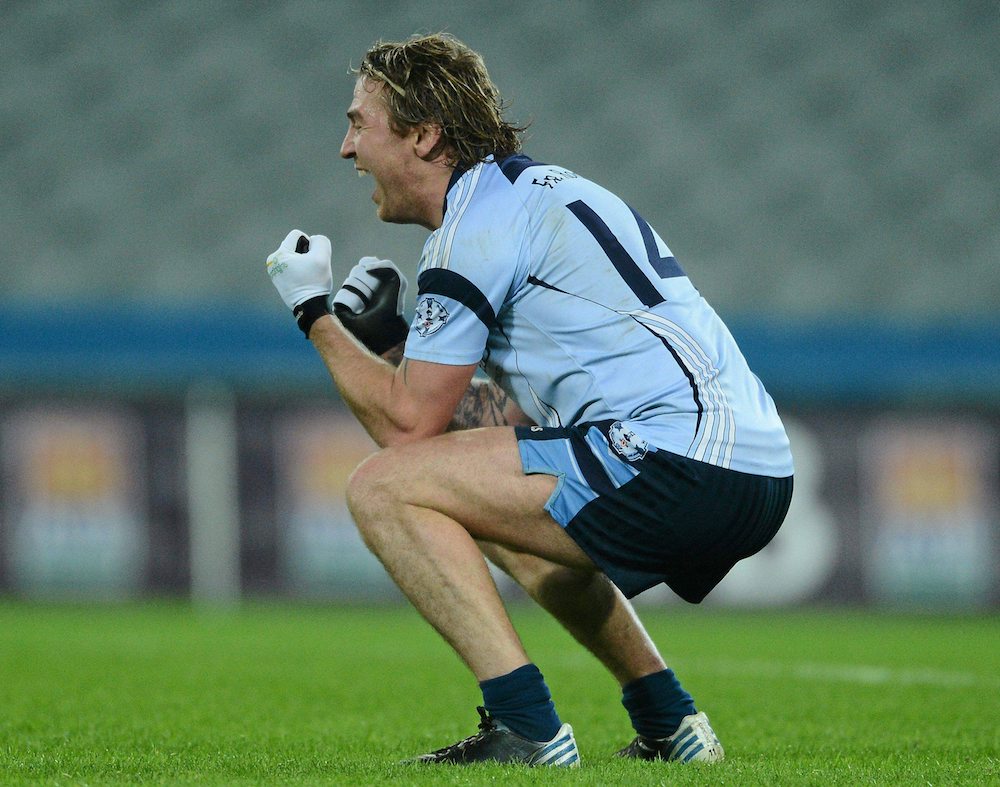 He enjoyed his football and everything that came with it and, still, everyone enjoys his presence.

He leaves with no regrets and a fulfilled life and he leaves with the greatest quote in GAA interview history, from an interview with Kieran Shannon.

"If some gorgeous girl came over and said ‘Are you going to take me home tonight, Owen?', then, of course, I did... I’m a man."

Thanks for the memories, Mugsy.

After the Battle of Omagh the Dubs and Tyrone fought the law…but they won!
Mugsy Mulligan also recounts a glowing character reference 🤣🤣

From The GAA Hour Live in Cookstown with @paddypower pic.twitter.com/9A09Zc6SqH


popular
The SportsJOE 12 o'clock quiz | Day 104
James Haskell on text exchange with Peter O'Mahony after Ireland's victory over Scotland
David Beckham recalls how a trip to Ireland got him in trouble with Alex Ferguson
"Shane was just gifted. He could play centre back, centre forward, he had everything"
"I have more work done than any player in Ireland" - The Trevor Giles tribute show
The SportsJOE 12 o'clock quiz | Day 103
"The academy boys have turned into small monsters over the past few weeks" - Peter O'Mahony
You may also like
2 months ago
"I went out at 18, straight from school and that breaks many players"
4 months ago
"That's not just handbags, there is a lot of really serious punches being thrown"
4 months ago
Monumental wind causes havoc in Healy Park for Dublin v Tyrone
4 months ago
Mickey Harte and Tyrone revitalised as McShane stays put
7 months ago
Trillick show their class after Brennan's missed penalty
10 months ago
"It dilutes your focus, it's very beneficial to get away from social media"
Next Page