Most GAA heroes are welcoming. That's what makes them heroes.

The flowing curly locks and the Nike Air Max...looks can be deceiving but Pat Critchley is everything you imagined him to be. Cool as a March breeze, he strolls into O'Moore Park, Portlaoise - his kingdom - ready to knock you down with the stories he's seen and lived during a life of GAA and basketball. 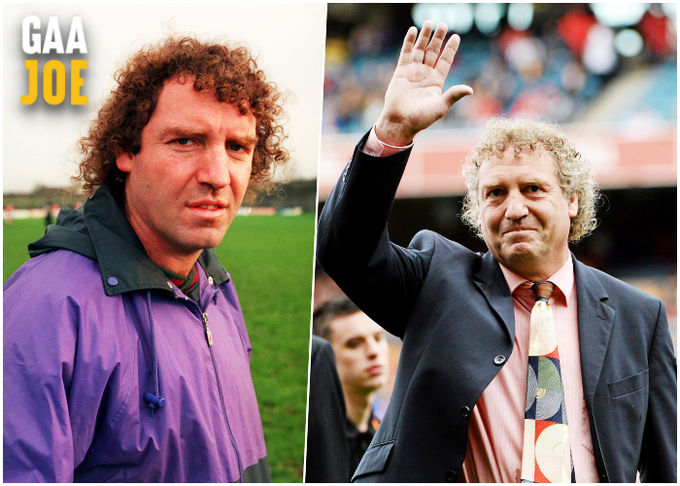 The punch-lines are always golden.

We're meeting him to talk IT Carlow's Sigerson journey but this guitar playing, basketball loving, All-Star winning free spirit could talk profit and loss accounts and make them funny.

"Did you ever hear of Paddy Sinnott the commentator?

"Tell you a good one now. So one day, a wasp flew into Paddy's commentary box.

'John Taylor has the ball,' says Paddy, 'He's on the seventy, he's on the sixty,' he says. There's a wasp in the commentary box! I haven't time to kill it. Taylor's on the fifty, he shoots. A great point from Taylor!

"Or another time," says Pat.

"He was commentating on our National League game against Offaly. We led by two points in injury time and he began to get emotional in triumph.

'It's a brilliant performance from Laois against the champions...Taylor, Critchley, the Bohans and the Cuddys. A wonderful display...F*CK, it's a goal!"

While the rest of the Meath team go for the dressing room seat, David Beggy heads to the toilet for his half-time cigarette. Sean Boylan tried his best to wean the Navan O'Mahony's man off the fags, but soon learned that Beggy was best left to his own devices. 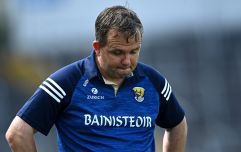 END_OF_DOCUMENT_TOKEN_TO_BE_REPLACED

A talented rugby player, Beggy was gifted to Meath football by accident rather than ambition. At first, he was a fish out of water, rocking up to his maiden game aboard his trusted Yamaha 125, oblivious and blind to the Meath legends Lyons, O'Rourke et al. around him. Soon, he was a key cog in the wheel. Soon he was a two-time All-Star. 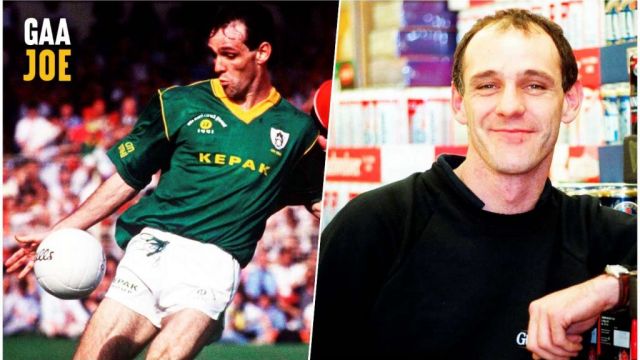 He doesn't just tell you once about the wild trips to America with his band, the memories of travelling to Barbados with the Irish wolfhounds, or indeed the madness of commuting from Glasgow to play with Meath - he has the patience and tolerance to do it twice - after you were silly enough not to press record first time around.

A true measure of the gentleman.

"I'm off the fags now," he says, pointing up the vape that keeps him going with a wink.

No sooner have you landed at the iconic south Armagh grounds than she's welcomed you into the Crossmaglen clubhouse and sat you down for a cup of tea. 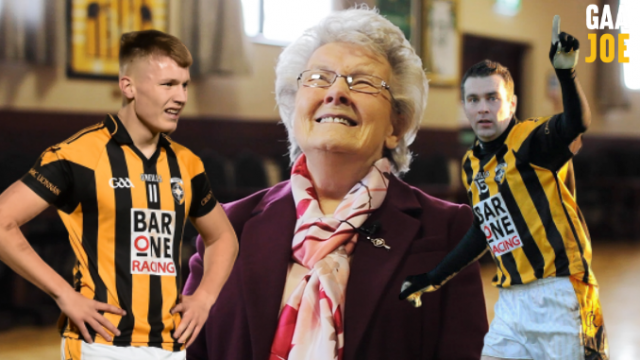 It ain't just tea in Crossmaglen though. Margaret tells you proudly about the club's Friday night tradition in Championship season, when the squad are united by mugs of tea and her famous cream buns.

"It's going nearly twenty years," she says. "We'd nearly be afraid of stopping it now.

73-years of age but a wizard on Zoom. Wexford's All-Ireland winning prophet of '96 has been ahead of his time for years. A hurling career cut short by his aspirations as a hotelier, Griffin hastened to forget about the game he loved while learning his profession in Switzerland.

He read up about ice hockey, learned about psychology and cried when Wexford won an All-Ireland without him. By '94, he had become his county's senior hurling manager and by '96, he was a GAA evangelist, spreading the gospel of gym-work and diet in an age of cigarettes and ground hurling. 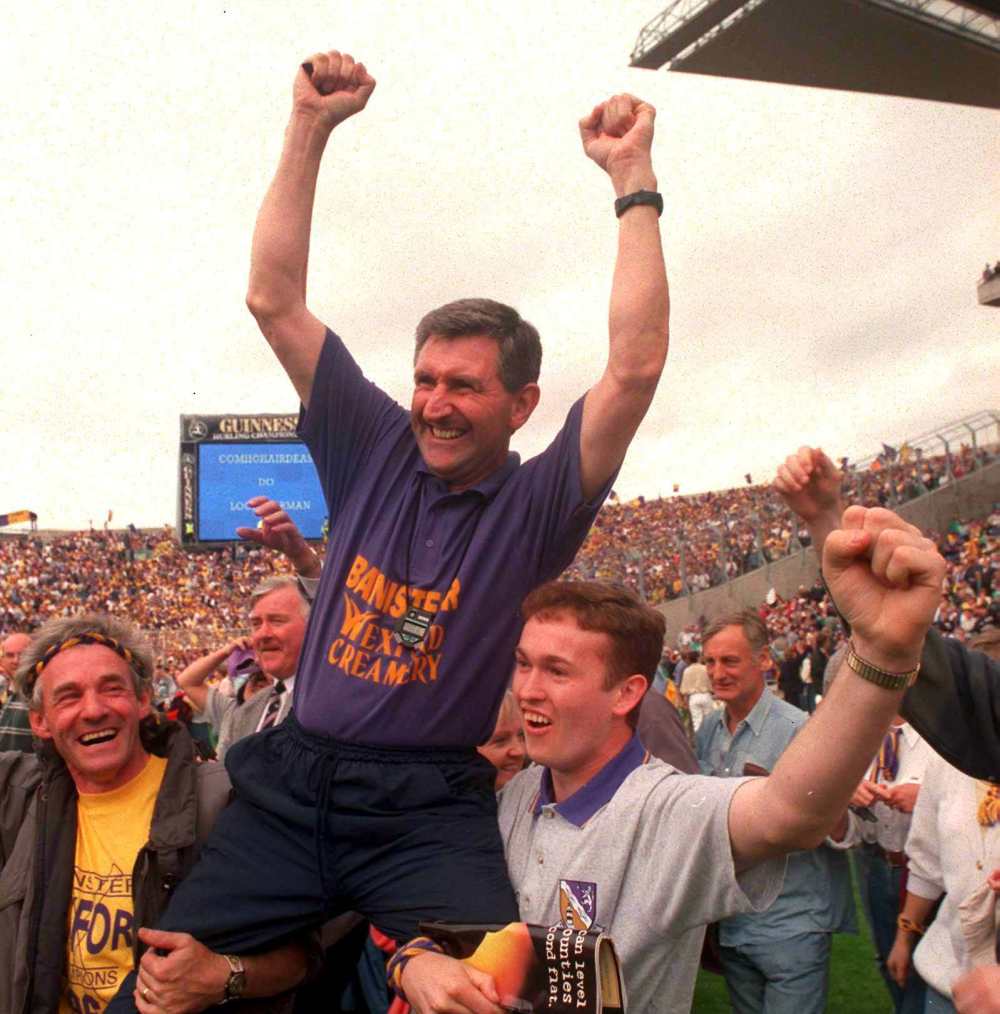 You needn't ask him a second question, just stay quiet as the man catches breath. Hurling, Wexford and further afield, holds a place to the forefront of his heart and each story he tells is a thing of marvel.

"Look it, Kate Middleton has got more coaching in hurling than some of the young lads in Ireland have got."

To the promised land he went in hurling and in business, but the Rosslare man has no airs or graces. Just hurling and the rest.

Even the kids have heard about the legend of 'Play on Sean' up in Derry. The story goes that an under-12 player complained once about not getting frees, only to be scolded alive by his teammates.

"Look," shout the 11-year-olds in harmony. "We said in the changing rooms that Sean doesn't give frees... 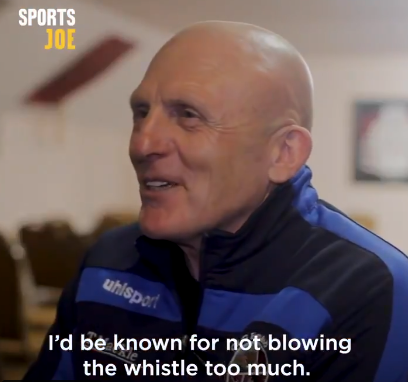 "I like to have a joke around with it too you know," says the man himself.

So if you complain to McGuigan about one of his decisions, you'd better be ready for the backlash.

"Look, the way you're playing, it won't be long before you're refereeing too you know!"

Suddenly you realise how a small rural place like Slaughtneil are so successful. Because of people like Sean McGuigan, club chairman this long time.

In 1982, Michael Ryan took over the Ballymacarbry ladies footballers to please his wife and sister. His idea was to stay for one year and get out the door.

He lasted 25 years, winning 15 All-Irelands (10 with Ballymac and five with Waterford.)

In 2020, Ballymacarbry won their 39th Waterford senior title in a row, and Michael Ryan was back on the line. 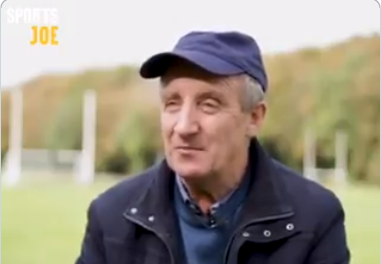 The Summerhill secretary tells you there's no point in texting Mick because Mick doesn't do texts. So you give him a call and enquire if he's up for a chat.

"You'd have been better off texting me," he says with a laugh. 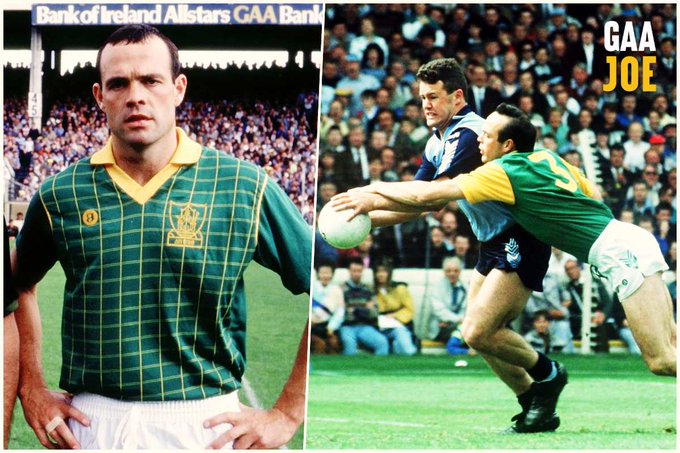 "I'd say in the long-run I'm going to start up an aul landscaping business in a few years time," said the Clare-man in early 2019, with a smile on his face.

"The books were never really a strong point for me. I never really cared too much. I loved going out labouring. I loved being told to go away and 'do that' and I'd say if I started up my own company... I'd have no problem in asking someone other lads to do it!"

Most modern day inter-county players are well schooled in the art of the pensive interview, but Clare's Clooney-Quin All-Star Peter Duggan is a different breed. 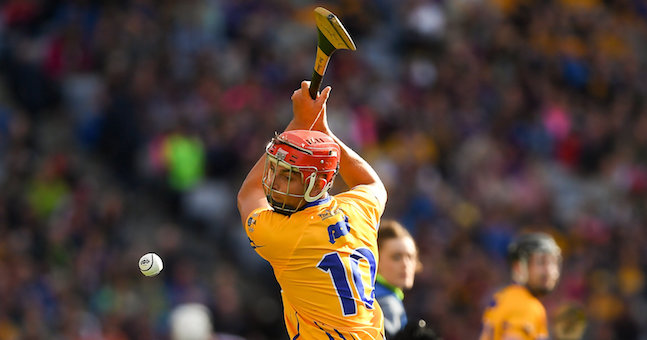 True to his word, he headed for Australia at the beginning of 2020 in hot pursuit of the landscaping dream. This global pandemic may have slowed him down but it won't wear him out.

"When you go into a job and you see a lawn that has weeds and moss everywhere and then when you leave you see a job accomplished. It's the same way as if you go into a game and you end up coming out winning, it's just a nice feeling."

We often reminisce about the characters of the good old days, well Duggan is a gem of the here and now.

The tractor cab is a mass grave for the cigarettes Seanie has sucked the life out of that morning. The gearbag bulging with the evening fuel, bottles of Lucozade and bags of crisps.

They don't make inter-county hurlers like Seanie Flood anymore but the Cloughbawn man never once let Wexford down. In 1996, he agonisingly missed out on Wexford's All-Ireland final win over Limerick due to injury, but his contribution will never be forgotten.

"You don't realise what you have, until its gone," he said softly to his teammates in a pre-match huddle, before breaking down in the Croke Park dressing rooms.

He continues to farm and play the guitar with some distinction,

We'll leave you with one of the greatest quotes of all-time.

"I'll never forget playing at the Lisdowney sevens under-13 tournament. A ball came in and I was playing particularly well the same day. I went down to catch the ball and someone just got a nick on my hand," he said on his Laochra Gael. 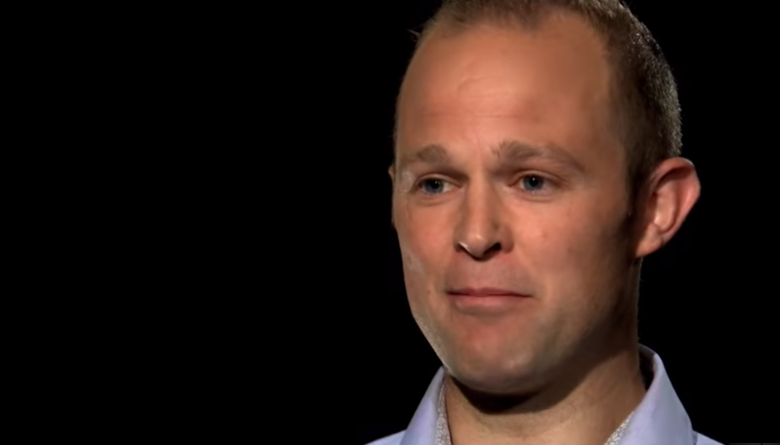 "I obviously needed a bit of spray at the time and I remember the master Ned Kennedy came in and asked me did I want to go off.

"I went off anyway expecting to be going back on a few minutes later...And I never got back on.

"That wasn't going to happen to me again."


popular
"Some of the generals wanted me executed" - Irish rugby legend on flag caper that went wrong
"Johnno went, 'We’re not moving! You're trying to mess us about!'" - Ben Kay recalls red carpet controversy
Rio Ferdinand claims that Cristiano Ronaldo should have been told to 'sit down' against Young Boys
Michael Schumacher paralyzed and suffering from memory and speech problems
"I am a very nervous person" - Morgan's pre-game routine shows that nerves are part of the journey
Garry Ringrose challenges "pretty ridiculous" changing conditions for women's players
No Dublin players named in Sky Sports team of the year as Tyrone dominate selection
You may also like
1 month ago
'Davy Fitz loves to play the victim when it suits... Always the victim, never your fault'
2 months ago
The GAA on TV this weekend is so good, we might just combust with excitment
2 months ago
Absolute spice in the qualifiers as Clare draw Wexford
2 months ago
St Conleth's Park erupts as Kildare U20 goes wild in injury time to stun Wexford
2 months ago
Courageous sight at the end of Kilkenny-Wexford leaves you with nothing but admiration for county players
2 months ago
Wexford absolutely demolish the spread after doing themselves proud against the Dubs
Next Page