Third season syndrome has well and truly kicked in for José Mourinho. Again. Results have not been up to scratch for Manchester United this season, performances have been uninspiring and rumours of fall outs between him and Paul Pogba refuse to disappear.

According to a report from RMC Sport, Mourinho has lost the faith of his players, and his days are now 'numbered'. The report also states that Zinedine Zidane is the leading candidate to replace Mourinho. The former Real Madrid boss, who stepped down from his post at the Santiago Bernabeu in May, has been in London recently to attend FIFA's The Best ceremony and has reportedly been taking English lessons in preparation for the United job. 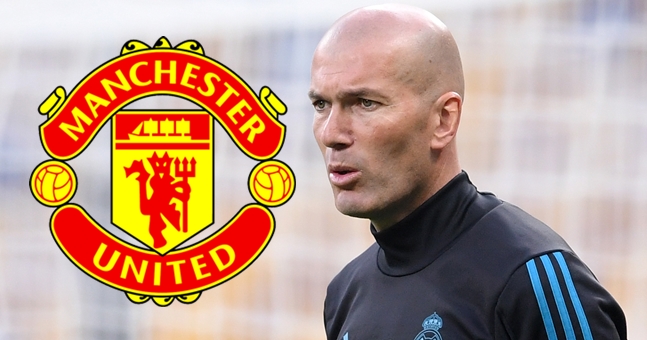 He would be guided by a strong French speaking contingent in the United squad, too.

RMC also state that United legend Patrice Evra could become part of the coaching staff at Old Trafford if Mourinho is dismissed for Zidane. The Frenchman was in attendance at the London Stadium on Saturday to watch two of his former teams as West Ham beat United 3-1. Evra was spotted chatting to United's executive vice-chairman Ed Woodward, sparking rumours that he could be recruited as a coach.

One would suspect that such an acquisition would go down extremely well with Paul Pogba, who formed a strong bond with 'Uncle Pat' during their time together in the French national team. Anthony Martial, too, would presumably be much happier learning from two of his country's most lauded footballers of recent years than being scapegoated by Mourinho.

However, you'd have to wonder if the rest of the United squad would take as kindly to being guided by a man who regularly posts videos of himself singing with his rubber duck in the bath tub.

Evra made his France debut in 2004, and Zidane retired after the 2006 World Cup, but their international careers did not properly overlap, as Evra went without a call-up for two years following the return of Eric Abidal and subsequently missed the 2006 World Cup in Germany.

popular
Jamie Redknapp's face after going toe-to-toe with Roy Keane as Matt Doherty caught in the crossfire
Referee Mathieu Raynal puts Sexton in his place after TMO mess
Robbie Henshaw one of three Irish players deserving of Lions Test XV
Sexton compares "brilliant" Irish debutant Craig Casey to Jonny Wilkinson
Ellis Genge reveals death threats received after England's loss to Wales
Solskjaer hits out at "outside influences" on referees over Man Utd decisions
Tadhg Beirne now delivering what so many of us knew he was capable of
You may also like
4 hours ago
Luke Shaw says ref didn't give penalty because it would "cause a lot of talk"
4 days ago
Shola Shoretire was released by Man City for training with Barcelona...when he was 10
5 days ago
Romelu Lukaku heaps praise on Ole Gunnar Solskjaer and Man United
1 week ago
Man United plunged into Covid-19 crisis as multiple coaches test positive
1 week ago
Exciting details confirmed about new Alex Ferguson documentary
1 week ago
Ravel Morrison says he stole Rooney and Ferdinand's boots to feed family
Next Page