Real Madrid supporters have had to deal with a couple of shocks this summer.

Since claiming their third consecutive Champions League, Real Madrid have had to cope with the shock departures of both Zinedine Zidane and Cristiano Ronaldo.

Zidane stunned supporters by announcing his resignation on May 31 and Florentino Perez's life was made even harder when his club's talisman, Ronaldo, signed for Juventus this week. Real's loss is very much Juventus' gain because, apparently, Zidane and Ronaldo are set to reunite at the Serie A side. 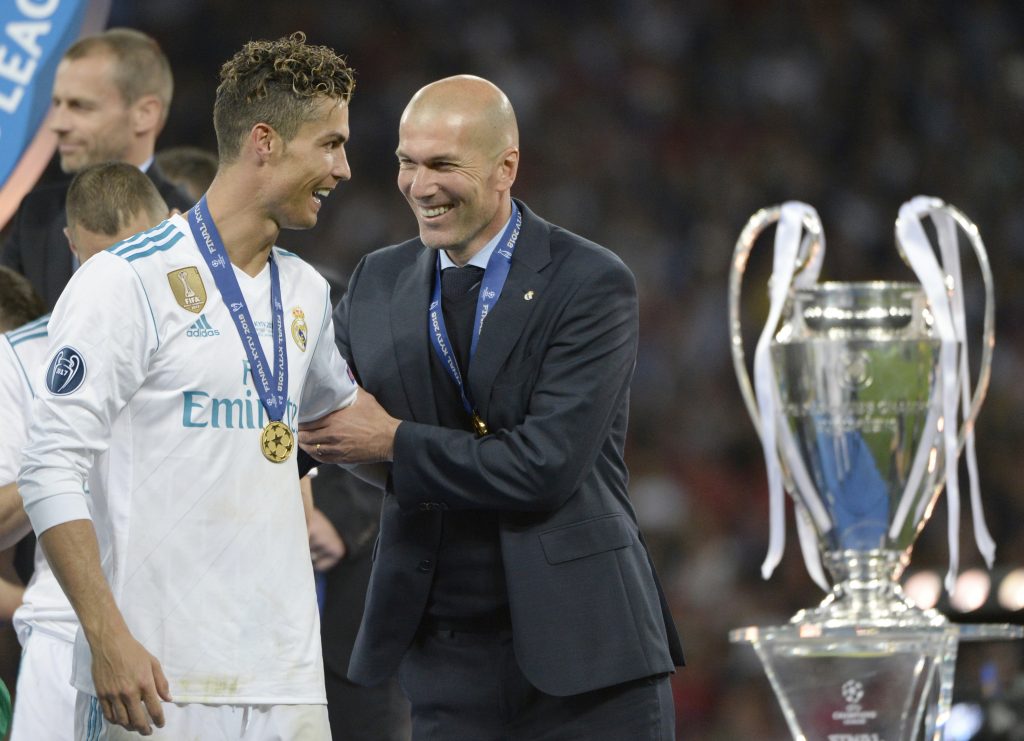 According to Libertad Digital, Zidane is not going to replace current Juve manager Massimiliano Allegri but, rather, he will take up a role in the club's boardroom in October.

It's reported that Zidane, who made 209 appearances for Juventus in the late 1990s, will act as a consultant for the club's director of football, Fabio Paratici. Zidane is beloved among fans of the Old Lady, having won the Ballon d'Or in 1998 while representing Juventus.

While the Frenchman won't have as close a working relationship with Ronaldo as they had in Spain, it will certainly benefit the Portuguese superstar to have a familiar face around the club.

The 33-year-old has signed a four-year deal with the Italian giants and was unveiled as Juventus' new no 7 on Monday.

"I am well - physically, mentally and emotionally," Ronaldo said.

"That is why I am so proud of being here and the way I have come here. I am different from all the other players who think that their career is over at my age, but I want to show the others that I am different. It is very emotional for me at the club now because I am not 23, I am 33.

"It gives me so much momentum for the future."

popular
In defeat, Jerry Kelly dies with his boots on in coming of age final display
"I knew I didn't have the pace or strength, it was just get it and try kick it left or right"
The SportsJOE 12 o'clock quiz | Day 286
QUIZ: You have 30 seconds to answer this one tricky football question
SportsJOE 2000s Football Quiz | Round 11
You'll have to be a diehard fan to get 20/20 in this Liverpool players of the 90s quiz
"Djokovic is a tool" - Tennis world turned upside down in day of days
You may also like
4 months ago
Sergio Reguilón would be a massive upgrade on Luke Shaw for Man United
4 months ago
"It's in the club's hands and they make things very difficult to be honest"
1 year ago
Move over Sergio Ramos, there's a new shithouse in town
1 year ago
Let's talk about Cristiano Ronaldo's ongoing decline
1 year ago
Postponing El Clasico shows two fingers to democracy
1 year ago
Real Madrid are La Liga leaders but remain deeply flawed
Next Page