Xavi reveals how playing Liverpool at Anfield left him speechless

When Xavi talks, you tend to listen.

The former Barcelona midfielder was one of the best players of this generation, racking up over 500 appearances for the Catalans.

Passing, tackling, shooting - Xavi had it all and, as he winds down his career in the Middle East, his thoughts have turned to one of the great unknowns in football.

The Spanish World Cup winner never got the opportunity to play in the Premier League, but he has revealed that one night at Anfield has always stuck with him. 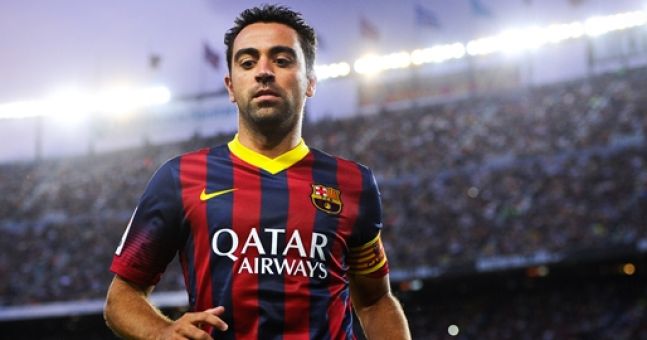 The midfielder featured for Barcelona when they beat Liverpool 3-1 in the Group stages of the Champions League in 2001.

Xavi tells this month's edition of Four Four Two magazine why it was so memorable.

“The fans remained for the whole game and never stopped applauding their team. I couldn’t believe it. I was speechless.”

Xavi also admits a Liverpool legend of the late 1980s always caught his imagination when he was growing up in Spain.

"I remember watching John Barnes at Liverpool - wow, what a player he was.”

So maybe, just maybe, if the right approach was made, Xavi could have featured at Liverpool at one stage? It certainly seems as if he has a special love for Anfield.


popular
David Meyler on how Kenny Dalglish almost signed him for Liverpool
QUIZ: You have 60 seconds to answer one Premier League goalkeeper question
Sean O'Brien could get to play England, at Twickenham, in his final game
Boris Johnson slams Jurgen Klopp for defending Liverpool fans booing national anthem
Gearoid Hegarty's harsh red card leads to a heated debate in The Sunday Game studio
"I think there are only five Kilkenny players who are guaranteed to start on any given day" - Cody's motivational methods
Jamie Vardy says 'Wayne Rooney is talking nonsense' about telling his wife to 'calm down'
You may also like
2 days ago
Pep Guardiola sets Southampton difficult task ahead of Liverpool clash
2 days ago
Liverpool and Chelsea fans go viral after bizarre FA Cup final confrontation
2 days ago
Jurgen Klopp admits he 'feels for' Chelsea after second cup final loss this season
3 days ago
Why Chelsea have chosen to wear yellow kit in FA Cup final vs Liverpool
3 days ago
Jamie Carragher admits Sadio Mane tweet from 2016 'hasn't aged well'
6 days ago
Jamie Carragher hilariously denied from seeing Steven Gerrard in tunnel at Villa Park
Next Page