Xabi Alonso has always come across as one of the most intelligent, thoughtful and articulate footballers of his generation.

The former Liverpool, Real Madrid and Bayern Munich midfielder, who retired this season after a hugely decorated career which included two Champions League titles and a World Cup with Spain, has upheld that reputation in a recent interview with Spanish outlet Ecos del Balne.

Of course, during his five years at Madrid, Alonso faced Barcelona on numerous occasions and, as a deep-lying central midfielder, he was tasked with stopping the Catalan club's creative geniuses Xavi, Andres Iniesta and Lionel Messi.

Alonso's insight in recalling Madrid's battles with Barcelona illustrates his acute understanding of tactics. Of course, this intuition helped become one of the most revered midfielders of the 21st century.

"I've suffered a lot against Messi, he's hurt me a lot. Like all the players in my position, given that he knows how to get into the space we leave behind us and he interprets the game so intelligently, it hurts you. Mourinho, Sergio Ramos and I wracked our heads thinking about how to handle him. How was we hurting us? How could we control that?

"Sergio was the left-sided central defender, I was the left-sided defensive midfielder. And there was Messi and then right behind him was Xavi, and they would tease you to come and get the ball from them. Xavi would hold the ball, I'd go for it, Messi got into the space I had left behind me and Sergio had to leave his position and go after Messi.

"They would exploit the space Sergio left with a run from the winger. So it was a matter of deciding how much we wanted to control Xavi's pass to Messi because they could then hurt us with that pass towards the winger." 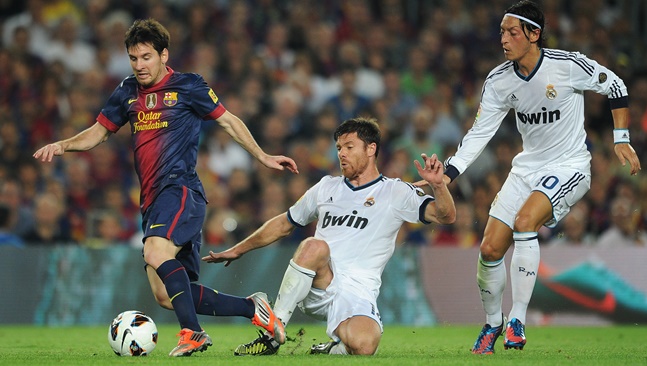 Alonso went on to reveal how Madrid were able to do a more effective job of keeping Messi quiet when he became the one to track the Argentine's runs.

"We started to get control of that situation when we decided that I would be the one to track Messi and that Sergio would keep his position. Xavi would 'invite me' to take the ball from him but I stayed with Messi and thus Sergio didn't have to come out of his position and from that we could control him pretty well.

"We had to defend deeper and had less ability to recover the ball, but we prioritised handling Messi. But it demanded so much from us. And when we managed that, I think that those Barca-Madrid games became more levelled. But you knew that you couldn't get distracted for even one second because he was lethal."

Reading Alonso's analysis makes you think he will become a fantastic coach. Alonso was always one of those players who understood and appreciated the tactical intricacies of football. He didn't just play it, he studied it. He was blessed with a great footballing brain as well as that wand of a right foot. 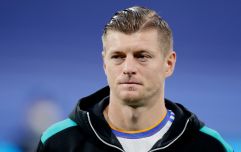 END_OF_DOCUMENT_TOKEN_TO_BE_REPLACED

Although the interview was conducted in Spanish, English translation was made available on Twitter by Diana Kristinne, so a shout-out to her. It's always refreshing when a footballer delves into the tactical side of the game and this was no different, a welcome departure from the perfunctory post-game remarks we're used to.

Hopefully Alonso will go on to become a coach - he's certainly wired for it.


popular
Gary Neville reveals Man United ignored advice to sign Joao Cancelo
David Meyler on how Kenny Dalglish almost signed him for Liverpool
Sean O'Brien could get to play England, at Twickenham, in his final game
Boris Johnson slams Jurgen Klopp for defending Liverpool fans booing national anthem
QUIZ: You have 60 seconds to answer one Premier League goalkeeper question
Gearoid Hegarty's harsh red card leads to a heated debate in The Sunday Game studio
"I think there are only five Kilkenny players who are guaranteed to start on any given day" - Cody's motivational methods
You may also like
1 week ago
Why Chelsea will land huge cash windfall if Real Madrid beat Liverpool in Champions League final
1 week ago
Jack Grealish deletes old Real Madrid tweet after Man City Bernabeu nightmare
1 week ago
Didi Hamann blames Pep Guardiola for Man City's loss to Real Madrid
1 week ago
"Hang on a second" - Delaney and Kerr clash on Pep's and City's failings
1 week ago
Pep Guardiola tries to explain how Man City collapsed against Real Madrid
1 week ago
Jamie Carragher has last laugh at Micah Richards after Man City collapse
Next Page