World Cup 2022 Day 13: All the major action and talking points

Today is the final day of the group stages.

Welcome to day 13 of the FIFA World Cup, of course, number 13 is unlucky for some, but others will be hoping for some rub of the green today.

You can follow all of the news, goals, and updates in our liveblog here:

Cristiano Ronaldo will lead Portugal back into action against South Korea at 3 pm, while at the same time Uruguay will play Ghana in a crunch match that has some bitter history behind it. 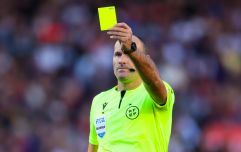 END_OF_DOCUMENT_TOKEN_TO_BE_REPLACED

In 2010, Luis Suarez famously used his hand to stop Ghana from progressing to the semi-finals. Asamoah Gyan then missed the subsequent penalty kick, and Uruguay advanced in the shoot-out.

Suarez has never been the most popular footballer ever, but he is universally hated in Ghana, and to make things worse, he said that he had "nothing to apologise for" in a recent press conference.

Then at 7 pm, Serbia plays Switzerland, and Brazil take on Cameroon. The Brazilians are the only side yet to concede in this tournament, a stat they will want to protect. 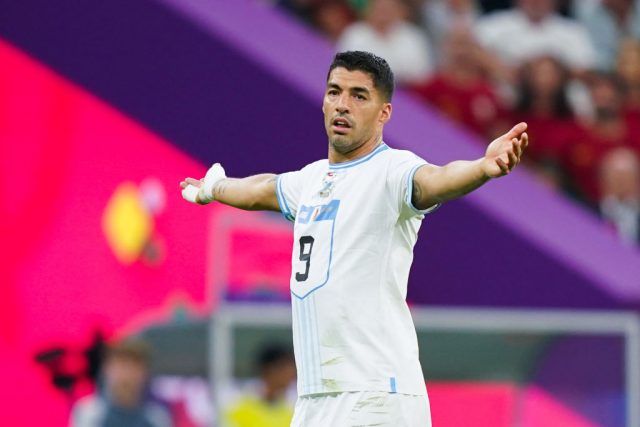 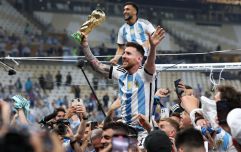 END_OF_DOCUMENT_TOKEN_TO_BE_REPLACED

The big news was that both Germany and Belgium are out of the World Cup.

Incredibly Japan beat Spain 2-1, which meant that Germany's 4-2 win over Costa Rica didn't count for anything and they were eliminated.

Japan's winning goal however was shrouded in controversy because it looks to every angle that we can see, to have been out of play before it was crossed in.

FIFA have a lot of explaining to do, but so does Belgium who were simply the biggest disappointment of this tournament, especially when it's the supposed 'golden generation.'


popular
"Every team did it!" - Paul O'Connell on Roy Keane comment to Ronan O'Gara that he couldn't deny
Five confirmed changes and guidelines to have big impact on 2023 Six Nations
"It's crazy to think Bundee Aki might come straight in and start against Wales"
CCCC order replay of All-Ireland club football final
Everton release brutal 59-word statement to confirm Anthony Gordon departure
Owen Farrell praises Johnny Sexton in revealing interview ahead of Six Nations
Shane Lowry confirms amicable split from caddie after four and a half year partnership
You may also like
1 month ago
Lionel Messi's World Cup hotel room to be turned into museum
1 month ago
Argentina players forced to abandon bus parade as fans jump from bridge
1 month ago
SportsJOE's FIFA World Cup Team of the Tournament
1 month ago
A look back on Lionel Messi's most important goal for Argentina ever
1 month ago
Five most memorable moments of the 2022 World Cup
1 month ago
Former Miss Croatia reveals marriage proposals from players at World Cup
Next Page