Wolverhampton Wanderers are reportedly seeking advice from a legal firm in Brazil to take action against Brazilian wonderkid Marquinhos.

The 19-year-old Sao Paulo forward is expected to sign for Arsenal in the coming days after travelling to London to complete a medical and agree to a deal. 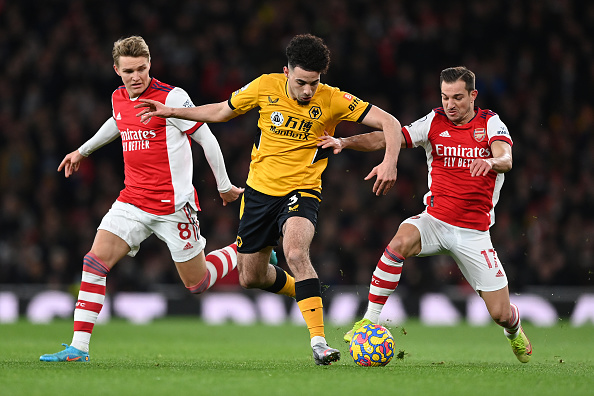 END_OF_DOCUMENT_TOKEN_TO_BE_REPLACED

However, the deal is complicated and could very easily turn into a lengthy legal battle, with Premier League rivals Wolves thought to have agreed a pre-contract agreement with Marquinhos to take him to Molineux this summer.

Given that the Brazilian is now set to make the move to the Gunners, Yahoo Sports in Brazil have reported that the Midlands club are now seeking advice from a legal firm in Brazil to take action against the player.

The Daily Mail add that Wolves could also take action against both Arsenal and his current club Sao Paulo.

Wolves have hired a law firm in Brazil to start a formal process & plan to present a legal complaint against São Paulo forward Marquinhos in the coming days, claiming the player signed a pre-contract with them & broke the agreed deal by signing with Arsenal. [@jorgenicola] #afc

END_OF_DOCUMENT_TOKEN_TO_BE_REPLACED

Gueye was set to sign for Watford and had reportedly agreed a pre-contract agreement with the Hornets. However, he then opted to sign a four-year deal with Marseille.

As a result, the French side were banned from recruiting any players for two windows and told to pay Watford €2.5million.

The player was also suspended for four months, but Marseille have since appealed the sanctions to the Court of Arbitration for Sport, with the ban having now been postponed.

Could Arsenal be punished in the same way?

It remains to be seen whether Wolves will officially take legal action, which would determine whether or not the Gunners could potentially face a transfer ban.

Arsenal looked set to qualify for the Champions League this season, only to struggle for points in the final few matches of the campaign, which allowed rivals Tottenham Hotspur to overtake them.

The London outfit have already received a combined fee of £11.5m for Matteo Guendouzi and Konstantinos Mavropanos respectively.