What on earth was Shay Given up to on the Irish bench during our draw with England?

We are going to put it out there right now - we are massive fans of the Aviva FanPic.

The wonderful 360-degree tool, powered by those tech wizards Huggity, takes a snap of the action during a match and allows fans to tag themselves in the thick of it.

We went for a search of fans yawning, or possibly snoozing, during Sunday's 0-0 draw at the Aviva Stadium.

We began with this innocuous image of the Irish bench. However, upon zooming in, we caught a glimpse of Shay Given either catching a few Zzzzs or going through an extremely focused pre-match stretch routine. 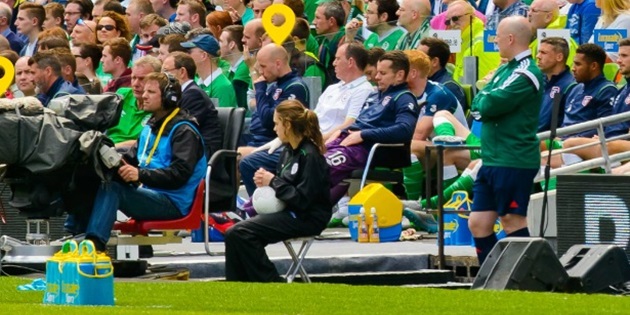 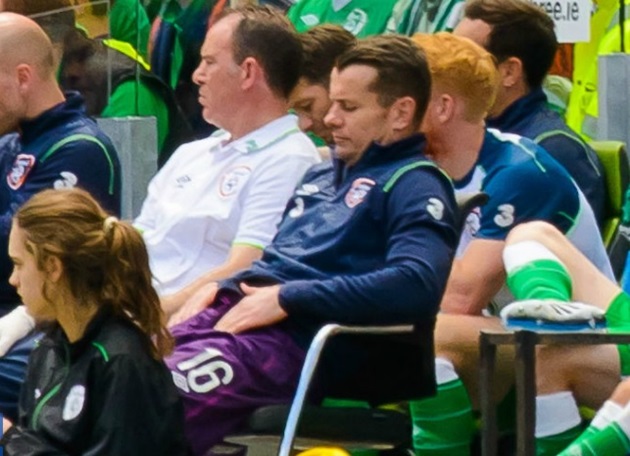 Once we managed to peel our eyes from the Donegal native getting match ready, we were delighted to spot three heroes in one beautiful, zoomed image. 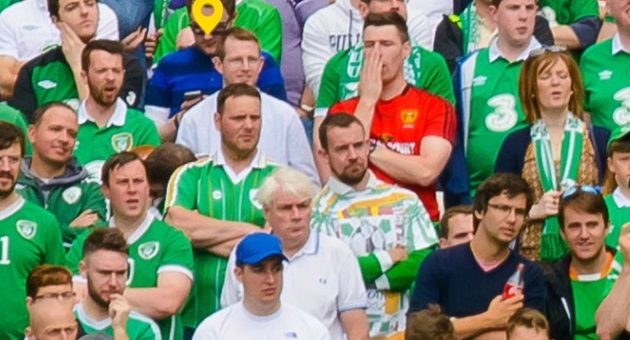 
popular
The FootballJOE Pub Quiz: Week 11
O'Hora and Keegan hammer into each other, both of them only revelling in it
Man United experiencing their Bishop Brennan getting kicked up the arse moment
McBrearty has dramatic equaliser ruled out as Naomh Conaill win Donegal grudge game
Man United's tactical issues summed up in six shocking screenshots
Jesse Lingard seeks to clear up what United fan shouted when he was warming up
Manchester United players 'lose faith' in Solskjaer after Liverpool pasting
You may also like
1 week ago
Ireland manager Stephen Kenny admits that "60 to 70% of our best players are defenders"
2 weeks ago
Claiming Callum Robinson has 'silenced his critics' with goals misses the point
2 weeks ago
Chiedozie Ogbene gives a brilliant interview after leaving Nemo Rangers behind to chase soccer dream
2 weeks ago
Callum Robinson performance shows Ireland what could have been
2 weeks ago
Adam Idah ready to play, but Ireland hit with late blow ahead of Azerbaijan clash
2 weeks ago
The Ireland XI that should get a much-needed victory in Azerbaijan
Next Page