There's a strong argument to be made that if Alex Ferguson had remained as Manchester United manager for another season, Wayne Rooney would no longer be at the club.

Rooney was omitted from United's squad for Ferguson's final game at Old Trafford, a 2-1 win over Swansea City in May 2013.

Following the match, the now-retired United manager said Rooney was left-out because he had asked for a transfer. The player denied this, but if Ferguson had not retired that summer, Rooney would most likely have left the club. 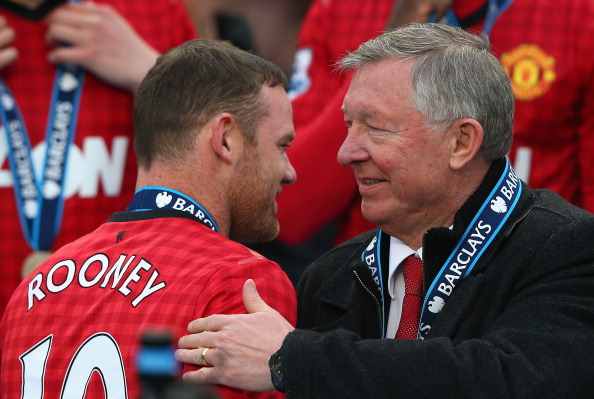 END_OF_DOCUMENT_TOKEN_TO_BE_REPLACED

However, Ferguson did retire and Rooney stayed at United and became club captain.

With his goal against Stoke City last weekend, the 31-year-old moved one ahead of Bobby Charlton to become the club's record goal scorer.

Ferguson has been speaking about Rooney reaching 250 goals for United, and was full of praise for his former player, despite their differences in the past.

END_OF_DOCUMENT_TOKEN_TO_BE_REPLACED

The 75-year-old said that he doubts anyone will break Rooney's record, because players don't remain at clubs for lengthy spells as they did when he was manager.

"Well, it lasted for 44 years, I think, and when Wayne Rooney joined the club I could never imagine anybody could beat Sir Bobby's record," Ferguson told MUTV. 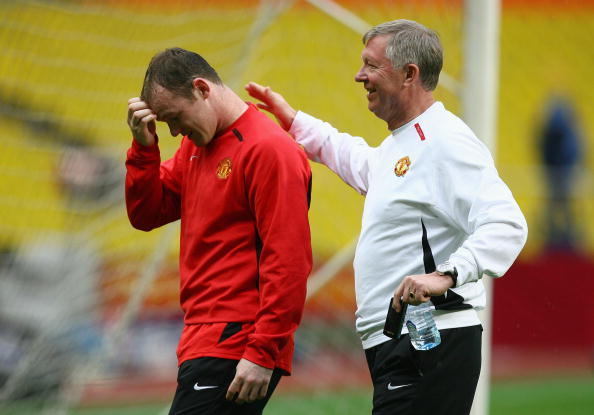 "So his achievement is outstanding. It's amazing. He's 200-odd games short of Bobby's playing record and that makes it even more amazing.

"I don't think (anyone can overtake Wayne). I couldn't say never - never say never - but if you look at modern-day football, Manchester United are one of the few clubs who can keep players for over 10 years.

"It is more difficult than ever but we were very lucky if you look at my time, even in Matt Busby's time, we had players who stayed for more than 10 years. Many, many players did that and Wayne is one of them.

"But, in the modern day, you see it happening less and less that players stay for that length of time."

END_OF_DOCUMENT_TOKEN_TO_BE_REPLACED

Ferguson then spoke about longevity, the concept of value for transfers and the players who served him well over a long period of time.

Roy Keane and Denis Irwin, two of the best Irish footballers of all time and two Manchester United greats, are referenced by the retired United boss. 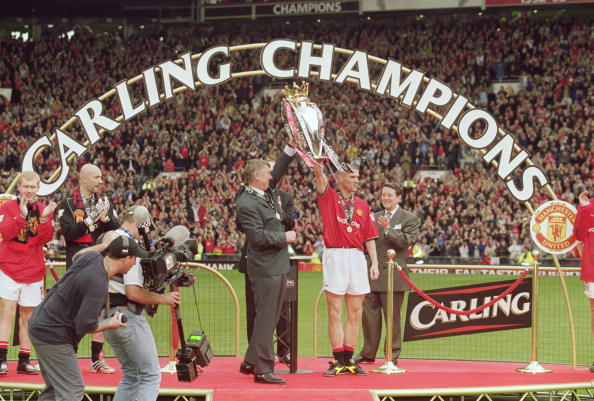 "The only way you can assess value is the length of time he has been at the club," Ferguson said.

"I was very lucky in my time to have Roy Keane for 11 years, Steve Bruce for a long period, Peter Schmeichel for years, Dennis Irwin, you know?

"The young ones that came through like Ryan (Giggs), Paul (Scholes) and Gary (Neville) lasted more than 10 years.

"The only way you can really judge value is the length of time you've got with them.

"I always remember when we signed Gary Pallister, £2.3million was a record for a centre-back, but, hey, we got nine, 10 years out of Gary and we sold him again for £2.5million.

"So the only way you can judge is that and with the case of Wayne, what we felt at the time was 18-years of age, he had huge potential.

"Hopefully if we have got him for 10 years, £27million is nothing. It is gone like that. The value was there, no question."

Hear more from Sir Alex on #ROONEY250 in #MUTV's United In Press at 18:30. Sky viewers (UK/IRE) can record at https://t.co/M7Maii1s1a #MUFC pic.twitter.com/DIYDyykulc


popular
Get him a tuxedo, give him the All-Star and for crying out loud, someone bring that man out to America
Fans react to Tottenham Hotspur's 'brilliant tease' for Richarlison signing
Tiernan Kelly and three other players hit with ban following tunnel brawl
Southampton pay tribute as Shane Long leaves the club after eight years
Quiz: Name the players these famous footballers played alongside the most times
QUIZ: How well do you know Manchester United players of the 2000s?
The race to be the championship's top scorer this season is unbelievably close
You may also like
4 days ago
How Man United would line-up if they land their big summer transfer targets
4 days ago
Manchester United 'reject Barcelona's attempt to sign Harry Maguire'
4 days ago
Erik ten Hag 'orders specific grass measurements' and strict eating plan
5 days ago
Malcolm Ebiowei 'ignored Erik ten Hag text' before signing for Crystal Palace
5 days ago
Man United send emphatic response to Cristiano Ronaldo after Chelsea transfer link
1 week ago
Cristiano Ronaldo 'considering leaving Man United' over club's transfer issues
Next Page