The Cork youngster gave a fine account of himself.

Caoimhin Kelleher had a decent game in between the sticks for Liverpool, and could do little with the two strikes that saw Chelsea blaze back from 2-0 down to secure a draw that, in reality, suits neither side.

With Manchester City now on an 11-game winning streak in the Premier League, Chelsea and Liverpool were gunning for all three points at Stamford Bridge. The Reds lost Fabinho, Joel Matip and goalkeeper Alisson Becker to suspected positive Covid tests, so Jürgen Klopp [isolating at home after his own positive Covid result] and Pep Lijnders were forced into some late changes. 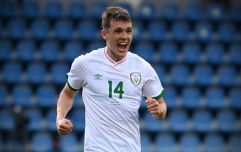 END_OF_DOCUMENT_TOKEN_TO_BE_REPLACED

One of them saw Kelleher starting in goal for the second time, in the league, this season. Fresh from his League Cup penalty shoot-out heroics, the Irish goalkeeper was confident heading into a crucial away date.

With less than seven minutes played, he denied Christian Pulisic when the American was one-on-one, and his distribution was spot-on for the opening 45 minutes. 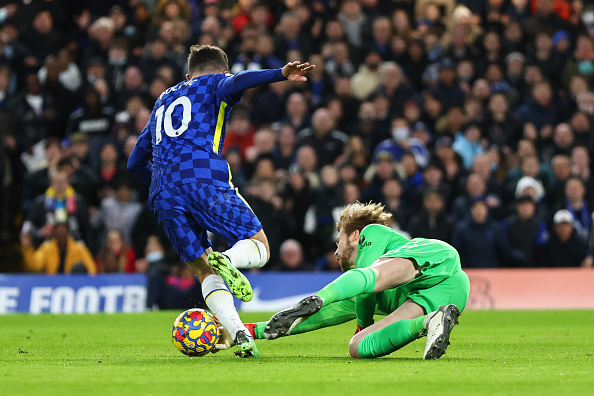 Christian Pulisic of Chelsea fails to round Caoimhin Kelleher of Liverpool during the Premier League match at Stamford Bridge. (Photo by Marc Atkins/Getty Images)

Liverpool were leading 2-0 after half and hour, but conceded twice in under four minutes - Mateo Kovacic scorer a belter of a volley - to go in level at half-time.

In the second half, Kelleher produced a stunning close-range save to deny Pulisic again, and did well to keep out a rasping Mason Mount effort. Following the 2-2 draw, Liverpool defender Virgil Van Dijk had nothing but praise for the 23-year-old. He told Sky Sports:

"I am a big fan of him, he is a fantastic goalkeeper. He is learning from the best in my opinion in Alisson, his presence is good, he is confident on the ball.

"We need him right now, with the Covid cases. Unfortunately, we conceded two."

Alisson is set to miss Liverpool's next two games, at least. Up next for the Reds is a League Cup semi-final against Arsenal, followed by Shrewsbury in the FA Cup, on Sunday. Kelleher has done all he can to ensure another couple of starts.