Dutch legend Edgar Davids rolled back the years in a charity match over the weekend when his Laureus All Stars beat a Real Madrid Legends side 6-5. 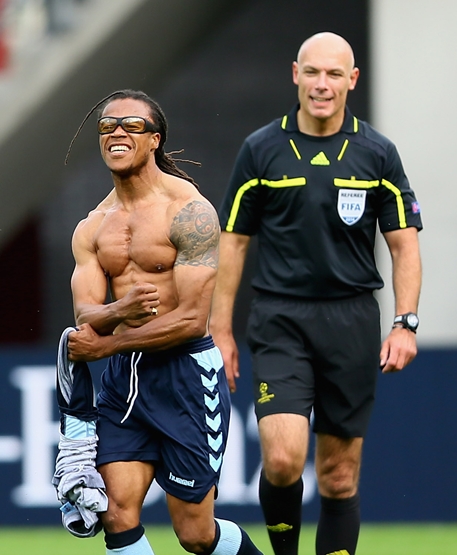 The former Barnet player-manager proved that you simply don't forget how to strike a ball when two absolute rockets found the top corner. 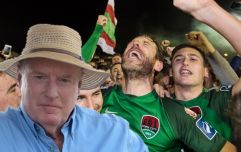 END_OF_DOCUMENT_TOKEN_TO_BE_REPLACED

The goggled midfielder, who made his name with Ajax, AC Milan and Juventus before moving to Spurs in 2005, could likely do a job off the subs bench for quite a few sides.

He's not put a bloody ounce of fat on since retiring last year and we'd be quite happy to have just a sixth of Davids' six-pack when we're 42. 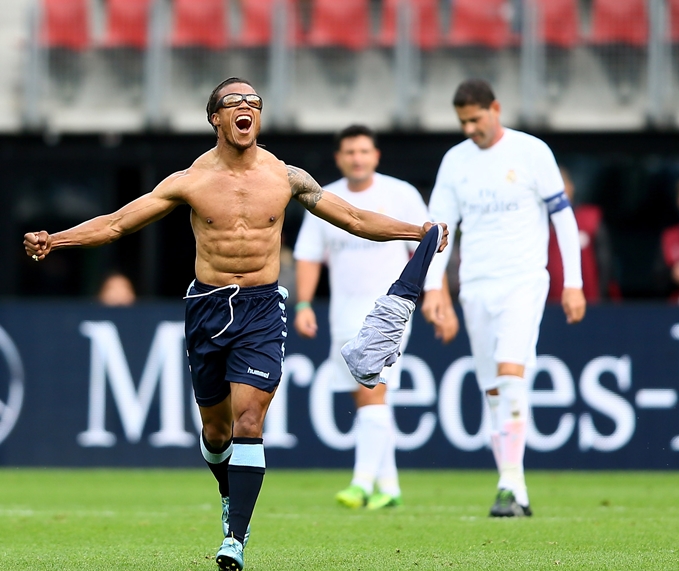