"I have matured a lot over the three loans that I’ve had."

The Republic of Ireland striker had loan spells at Millwall and Ipswich before finding form in League One at the Stadium MK. 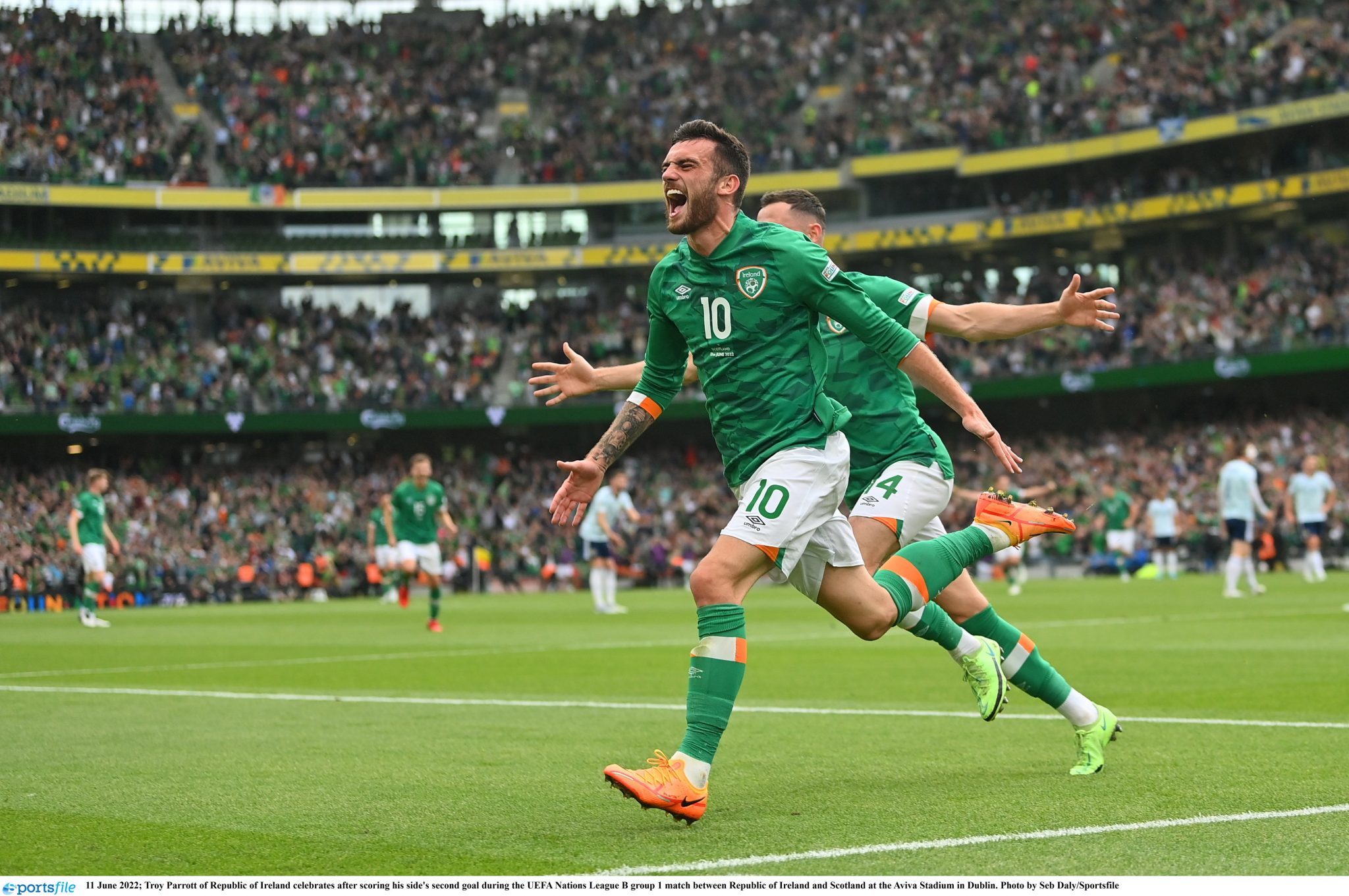 END_OF_DOCUMENT_TOKEN_TO_BE_REPLACED

Parrott accepted his Spurs future is "out of his hands" with his contract expiring in 2023. Although, the club have an option to extend his deal for a further year.

The Dubliner said he wants to "impress" Conte in pre-season after he scored 10 goals in 47 appearances for MK Dons last season.

END_OF_DOCUMENT_TOKEN_TO_BE_REPLACED

“I can’t control what goes on there. That’s out of my hands," Parrott told reporters following Ireland's Nations League campaign.

“All I can do is try to impress whoever is there, and that’s what I fully intend doing when I go back there for pre-season.” 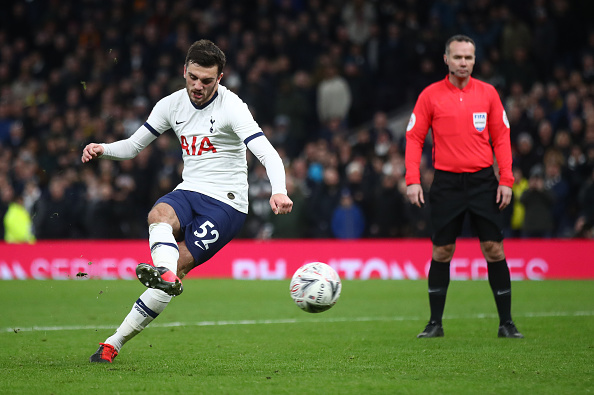 Parrott reflects on his loan spells.

END_OF_DOCUMENT_TOKEN_TO_BE_REPLACED

Parrott was disappointed with his initial loan spells at Millwall and Ipswich, as he only scored two goals in 32 appearances combined during the 2020/21 season.

However, the 20-year-old claimed first-team football 'matured' him as he learned "what you have to do throughout a game."

“After two disappointing loans, it is fair to say that things are looking up for me and I am on a bit of an upward trajectory. I just need to keep that going, keep improving and keep giving it all," Parrott added.

“Going on loan is for playing men’s football and realising what you have to do throughout a game, and I think I have matured a lot over the three loans that I’ve had. I am just happy that it is starting to click.” 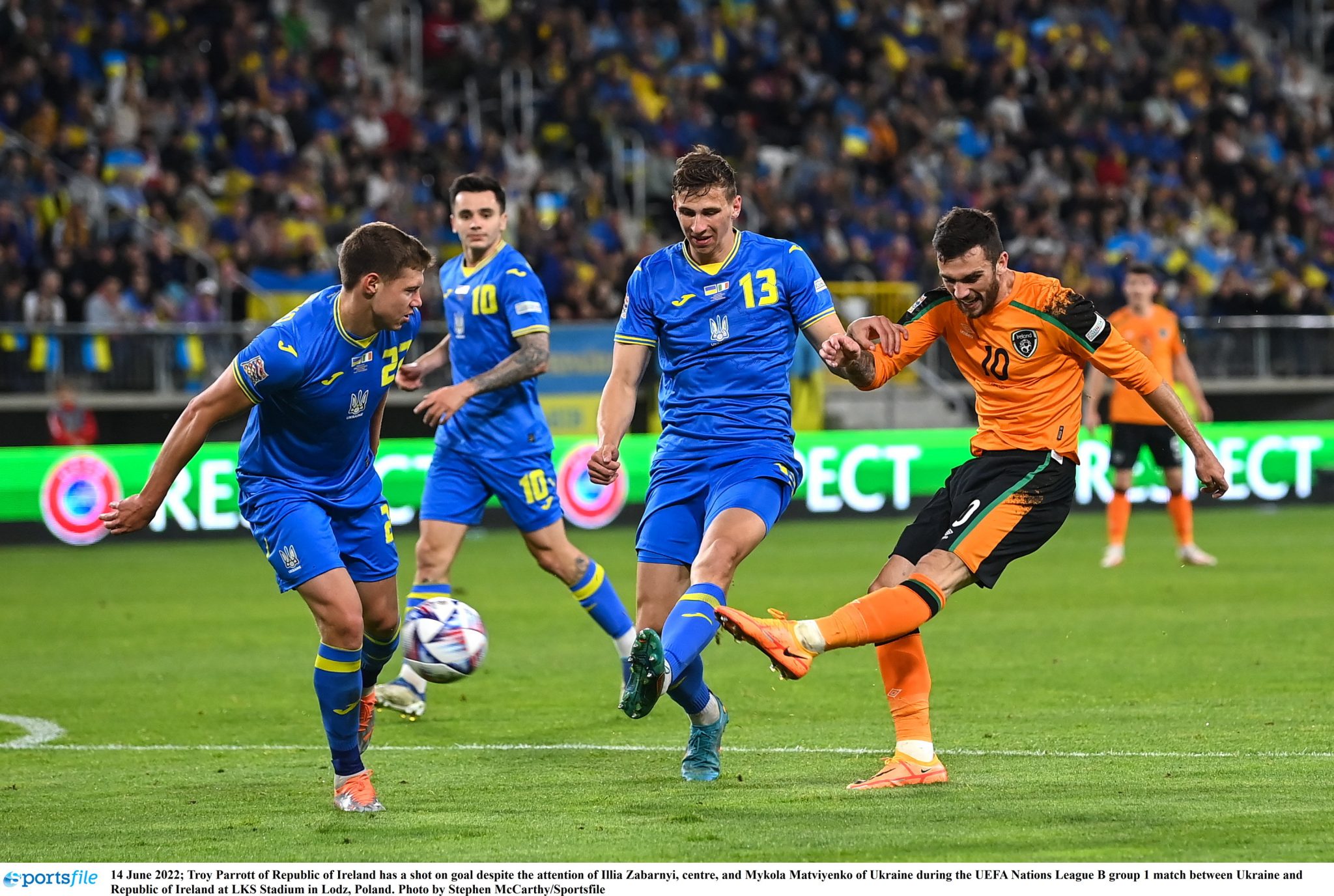 Ahead of next season, Swansea City, Middlesbrough, Preston North End, and Queens Park Rangers are all reportedly interested in signing Parrott on loan.


popular
Argentina reach World Cup last-16 with convincing win over Poland
"Nowadays, even if I don't hit a ball, I don't care as long as we win" - Gleeson learning from the past
World Cup 2022 Day 11: All the major action and talking points
Cristiano Ronaldo 'agrees £173m-a-year deal' with Saudi club
Thibaut Courtois warns teammates after leaks emerge from Belgium camp
Iran demand action by FIFA after USA team change flag on social media
The FootballJOE Qatar World Cup 2022 Geography Quiz
You may also like
3 weeks ago
"I was called ‘the Northerner'" - Martin O'Neill opens up on his time as Ireland manager
3 weeks ago
James McClean gets straight on to Graeme Souness after being told 'to get on with it'
4 weeks ago
Stephen Ireland explains why his Ireland career ended after only six caps
1 month ago
Stephen Kenny responds to Brian Kerr's criticism of his performance as Ireland manager
1 month ago
"Nobody could touch him that day" - When Roy Keane reigned in Spain
1 month ago
Man City and Juventus among major European clubs scouting young Ireland star, Rocco Vata
Next Page