We know that Pep Guardiola is a stickler for ball control but we didn't think he actually wanted to take them home with him.

For cynical fans who thought that the Bayern Munich manager's mind was already on Manchester City, wait until you hear how badly he wanted to make it to the Champions League quarter-finals on Wednesday night.

Bayern looked dead and buried after 70 minutes as they trailed 4-2 on aggregate against an energetic Juventus side. 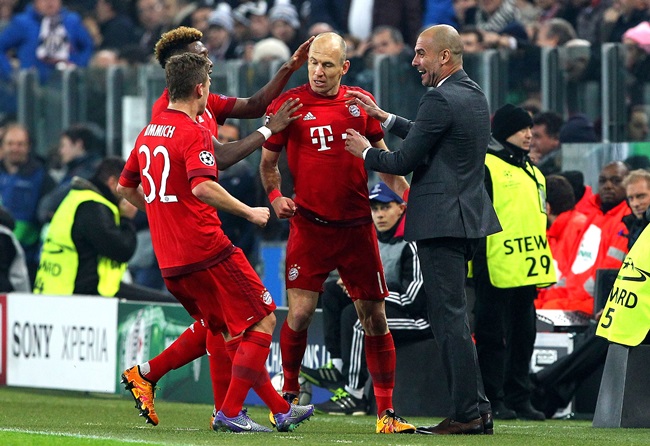 But late goals from Robert Lewandowski and Thomas Muller rescued the tie and gave them hope in extra time.

And Muller has revealed the hilarious instructions given by an animated Guardiola on the sidelines before the thirty minutes of extra time got underway.

"He told us that he'd cut our balls off," Muller said, via Kicker.

"Of course, there are a lot of emotions. I wouldn't be any different as a coach.

"We wanted to play for the third goal, because we still had energy left in us."

Eat your heart out Alex Ferguson, Pep is revolutionising the hairdryer treatment game.


popular
The SportsJOE 12 o'clock quiz | Day 220
"The first stage was be a functional human again, and open the door with the keys"
Johnny Sexton had a great take on that sublime Peter O'Mahony offload
"Just to get that Tyrone jersey on my back and playing with the lads, it has been amazing."
The SportsJOE 12 o'clock quiz | Day 218
"Conor McKenna is a better addition to Tyrone than what Tadhg Kennelly was to Kerry"
Ireland XV that should start championship decider against France
You may also like
2 months ago
Every neutral getting really excited at Messi transfer reports
2 months ago
Liverpool agree four-year contract with Bayern Munich midfielder Thiago Alcantara
2 months ago
Barcelona will have to pay Liverpool if Bayern Munich win the Champions League
1 year ago
Is Robert Lewandowski underrated? Maybe
1 year ago
Bayern Munich, in their kindness, are letting Mats Hummels go back to Dortmund
1 year ago
Leicester City installed as favourites to sign Arjen Robben
Next Page