"Why are you changing your formation so many times?"

Thomas Frank and Graham Potter interviewed each other ahead of Brentford versus Chelsea in the Premier League on Wednesday night.

On Amazon Prime Video's coverage of the fixture, the rival managers were given the rare opportunity to ask each other questions ahead of their contest. 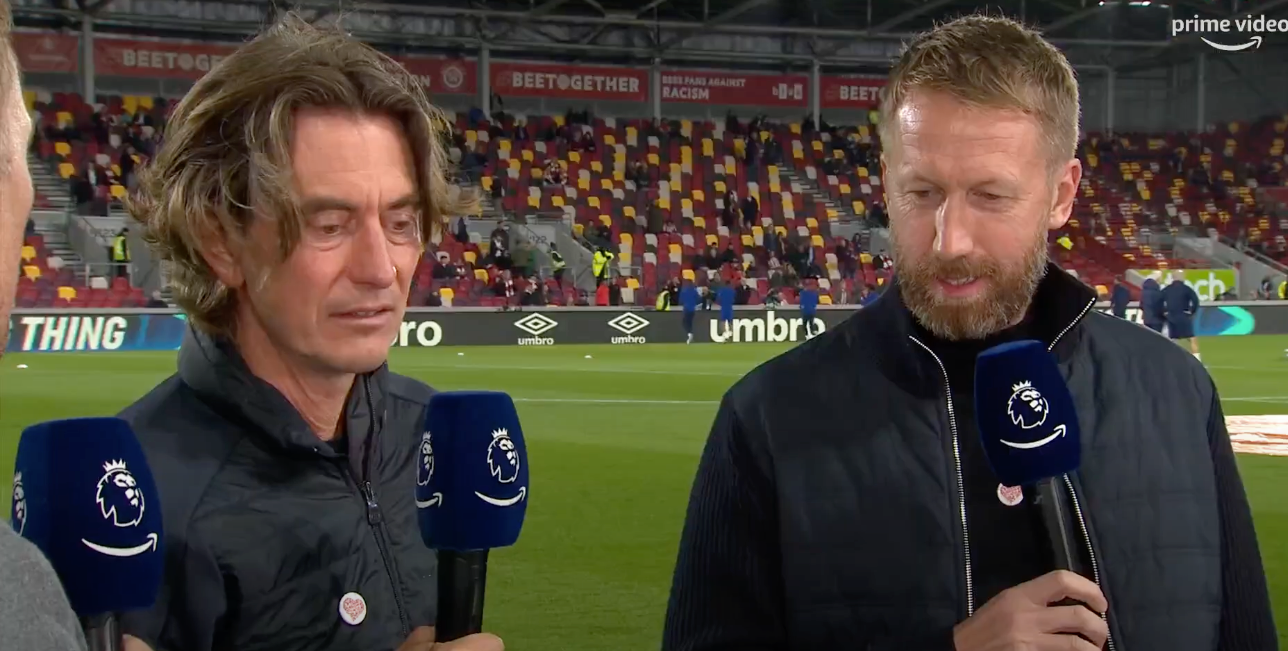 END_OF_DOCUMENT_TOKEN_TO_BE_REPLACED

"While we've got you, Thomas - I don't know if it's fair or not, but if there was one question that you could ask this man ahead of kick-off, what would it be?" presenter Simon Thomas asked the Brentford manager.

"First, I would praise Graham a lot," Frank began.

"I think it's a fantastic journey he's been on, and I'm so happy that a coach has been walking the long way gets a chance at a top six club, and I think Graham has shown his qualities hugely. I've no doubt that he'll do a good job at Chelsea.

"But if I was to ask him one question - why are you changing your formation so many times?" 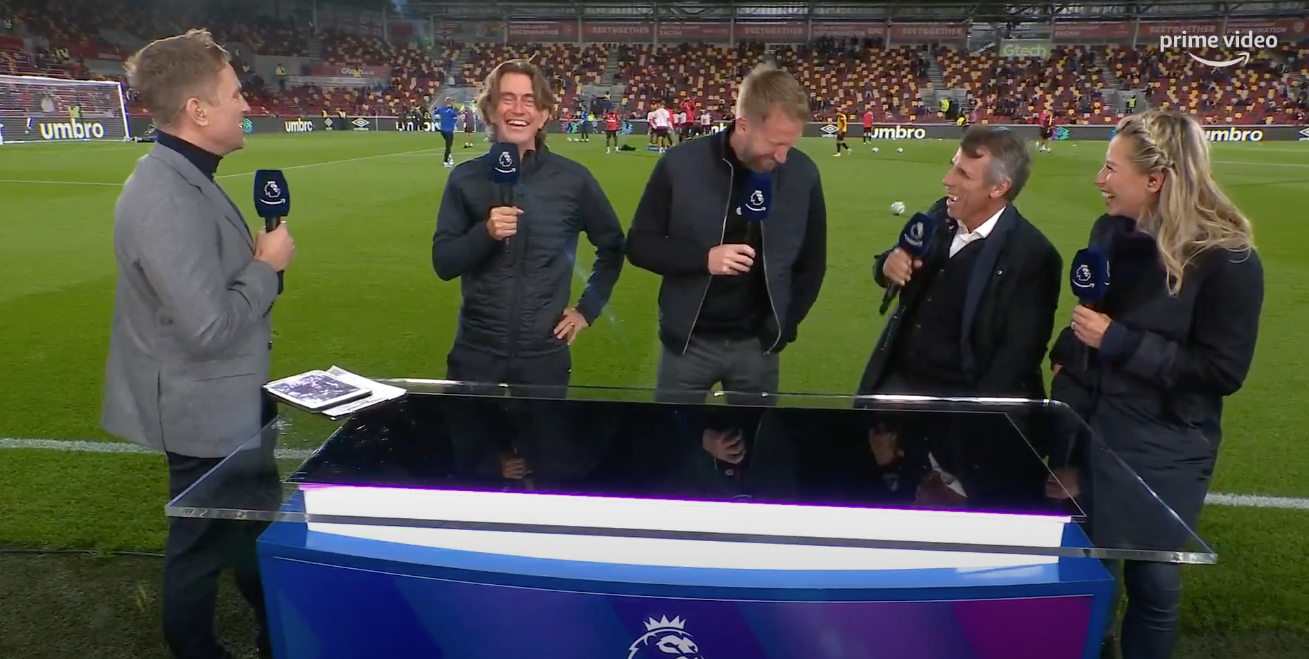 END_OF_DOCUMENT_TOKEN_TO_BE_REPLACED

"Well, we don't really see the formation as the end goal, we see how the team is playing. The team needs to look consistent regardless of the formation and then it's about the personnel, how you want to attack the opponent, and how you want to defend against the opponent. I suppose those are the things we consider. But hopefully, there are things that look the same, even though the shape changes.

The Chelsea manager was then given the opportunity to ask Frank a question in return.

Potter asked the Brentford boss about what he felt was the major change between competing in the Championship and in the Premier League. 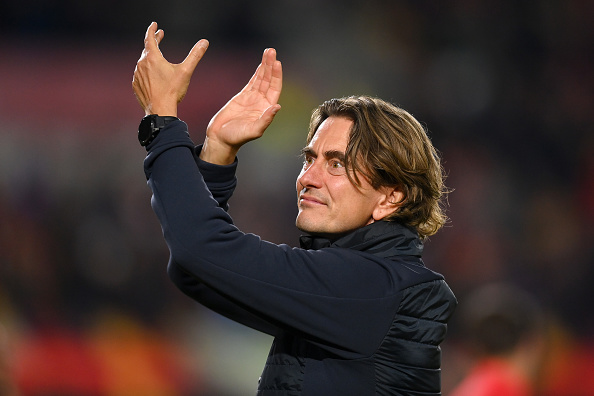 "It has to be a serious one because you asked me a serious one... (What is) the biggest difference from the Championship to the Premier League?

"The pace of the game," Frank said.

"I would say, the quality of the players is crazy, you can make minor mistakes and you just get punished so much more. The speed of the game and it's more of the modern game playing in the Premier League - there are so many changes, formation shifts in the game, a lot of teams are doing that more and more, so big challenge."


popular
Man United could be blocked from playing in the Champions League next season
Ireland team vs. France: Form players rewarded and a welcome return
Clive Woodward happy to 'eat humble pie' after bold comments about Ireland
Man United's four player transfer shortlist if Qatar takeover goes ahead
Man City expect Pep Guardiola to leave
French media's opinion of this Ireland team becomes clear as vital clash nears
"I should have been more mature" - O'Sullivan's injury trail a cautionary tale for Sigerson casualties
You may also like
1 day ago
Premier League clubs reportedly want the strongest punishment possible for Man City if found guilty
1 day ago
Man United vs Leeds: Why the game won't be shown on Irish TV
2 days ago
Man City facing possible expulsion from the Premier League for breaking financial rules
4 days ago
Mikel Arteta's reaction to Everton defeat is epitome of the modern manager
5 days ago
Nottingham Forest: Sensible signings or real life Football Manager?
5 days ago
Sean Dyche made all of his players write down their problems at Everton
Next Page