Here are all the Premier League players going to the Olympics

As all 20 Premier League clubs gear up for the start of the new season, some are coming to terms with the fact that some first-team players won't be available for quite a while.

The Olympic men's football tournament gets underway on August 4, with Denmark playing Iraq in the opener, and seven players from England's top-flight have been selected for the 16-team tournament.

Four years ago, Team GB's involvement meant the likes of Aaron Ramsey, Daniel Sturridge and Danny Rose were involved, while Oscar had to wait for his Chelsea debut after taking part in the London Games.

This time around, six Premier League clubs will have players taking part, as will several from the Championship, with Tottenham's Son Heung-Min perhaps the highest-profile. 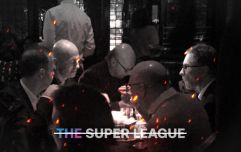 END_OF_DOCUMENT_TOKEN_TO_BE_REPLACED

Arsenal are the only Premier League club who will be without two players, though Serge Gnabry and new signing Takuma Asano were unlikely to have been involved in first-team action even if available.

West Ham will be more concerned, with Manuel Lanzini – who started so strongly last season - away with the Argentina squad. He is one of only three Europe-based players in their 18-man squad, though there remains a chance that Lanzini will miss the tournament through injury.

If Manuel Lanzini fails to make it to the Olympics due to injury, Cristian Pavon will be his replacement. pic.twitter.com/reH13PSu4v

The remaining three players are Liverpool's Tiago Ilori and Manchester United goalkeeper Joel Castro Pereira, both of whom will be in action for Portugal, and Chelsea's John Obi Mikel, who is one of Nigeria's three over-age players. 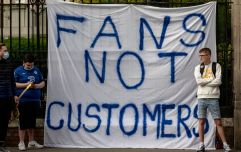 END_OF_DOCUMENT_TOKEN_TO_BE_REPLACED

Olympic squads are only allowed three players over the age of 23, with Brazil's Neymar by far the highest-profile name to feature.

The men's tournament ends on August 20, one week after the start of the Premier League season, and full squad lists can be found here.

Check out the GAA Hour, our dedicated Gaelic football and hurling podcasts.


popular
Brendan Ó Dufaigh gives a powerful interview on an emotional night in Ulster
Jamaica teammates are as frosty after Thompson-Herah's history-making 100m win
Paul O'Donovan busts the cliches and leaves the mystery behind him in one more emphatic interview
Full player ratings as South Africa leave Lions battered, bruised and beaten
Cheslin Kolbe somehow avoids red card after leaving Conor Murray in awful heap
McIlroy and Lowry right in the mix for Olympic gold in Tokyo
Rory McIlroy's true allegiance summed up in one text message to Justin Rose
You may also like
3 months ago
Super League: Ensuring failure isn't an option for the cowardly cabal
3 months ago
Arsenal leaked third kit reveals a throwback to a 1990s classic
4 months ago
Pierre-Emerick Aubameyang was dropped from Spurs game for being late
4 months ago
Arsenal ignored club legend's advice to sign Luke Shaw
6 months ago
Roy Keane takes "frightened" Man United to task after more dropped points
2 weeks ago
People take knee at vigil outside Manchester mural as kid thanks Rashford for dinner
Next Page