Two losers, and one winner.

There's only one winner from the explosive Cristiano Ronaldo interview that was aired this week, and it isn't the Portuguese star or Manchester United.

There's talk that this tell-all showdown could result in both parties getting their own way, Ronaldo wants to leave the club, Erik ten Hag clearly doesn't want him around, and surely all of this backlash means they both get what they want.

However, Manchester United are currently paying half a million a week to a striker who has scored two goals all season, and not only that, he has came out and aired all of their dirty laundry. 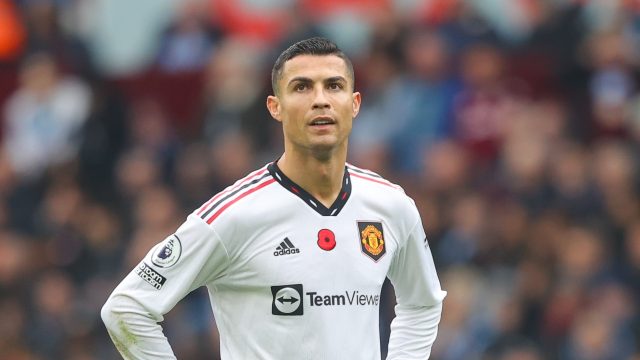 END_OF_DOCUMENT_TOKEN_TO_BE_REPLACED

Those at Old Trafford now have their professionalism questioned, the younger players were also criticised by the Portugal captain so now there is scrutiny on them, and the shadow of Alex Ferguson seems to loom larger than ever, as Ronaldo repeatedly underlines how far things have fallen since his departure.

The player in question has now done unrepairable damage to his legacy at United - not enough that he won't be remembered as a legend, if not the best player they ever had - however, the connection he had with the fans has been severed in some quarters.

The younger generation who haven't been blessed enough to see him dance around Old Trafford in his prime will now only have this lingering memory of the petulant, arm throwing, crying Ronaldo that we see today.

It was one thing to go after the Glazers, question the facilities, and say that more needs to be done, but he attacked former legends, current young players, and worst of all, completely undermined the manager.

END_OF_DOCUMENT_TOKEN_TO_BE_REPLACED

Erik ten Hag is doing a fine job, given how bad things were at the club, they are probably over performing and look to be getting stronger as the season progresses.

This just makes Ronaldo's stance on the former Ajax manager seem rather bitter and personal, rather than an honest opinion on his coaching abilities. 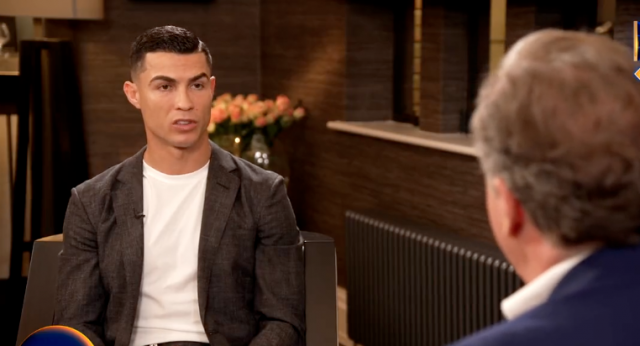 So that means the only winner in all of this, is Piers Moran and by extension, Rupert Murdoch's sensationalist gossip journalism brigade.

You will have to go far and wide to find a journalist with a more broken moral compass than this man, who in the past has written articles completely lambasting Ronaldo, but now brown noses him with the enthusiasm of a dog in heat.

Every question he asked was designed to stroke Ronaldo's ego, while encouraging him into giving damming details, all under the mask of a friend who is on the footballer's side.

The way that the snippets of the interview have been drip fed to us, each more explosive than the last, causing a stir on social media was designed to make us tune in to the full interview and see if the context is really correct.

Even the timing of it, Morgan wouldn't reveal when the interview actually took place but was obviously pre-recorded well in advance, and he chose now to release it, because it will be a quiet news week in sport, with the World Cup set to dominant headlines from Sunday onwards.

Don't miss the first part of 90 Minutes With Ronaldo on TalkTV tonight at 8pm.

Ronaldo may be too egotistical to see it, but he has allowed Morgan to worm his way in, and CR7 has surrendered control of his public image, to a man who could not care less.

Make no mistake, all Morgan cares about is views, and being as famous as humanly possible, and it doesn't matter who he steps on to achieve that.

The five time Ballon d'or winner may think that Gary Neville and Wayne Rooney are the enemies, simply for sharing their honest footballing opinions, but at least he will always know where he stands with them, and there's value in that.

Having a friend like Piers Morgan on the other hand, is like having a penny in today's economy; two faced and pretty much worthless.