The stats behind Cristiano Ronaldo's header are astounding

Cristiano Ronaldo may not dribble past players in the manner he used to, but he showed on Wednesday night that he is still a match winner, and can jump higher than probably any other football around

The Portugal captain was effectively levitating when he headed the ball home to give his side the lead against Wales.

Gareth Bale, Ronaldo's Real Madrid teammate, may have scored more headed goals this season than any other player in Europe, but the Welshman has never scored a header like that and could only watch on like the rest of us. 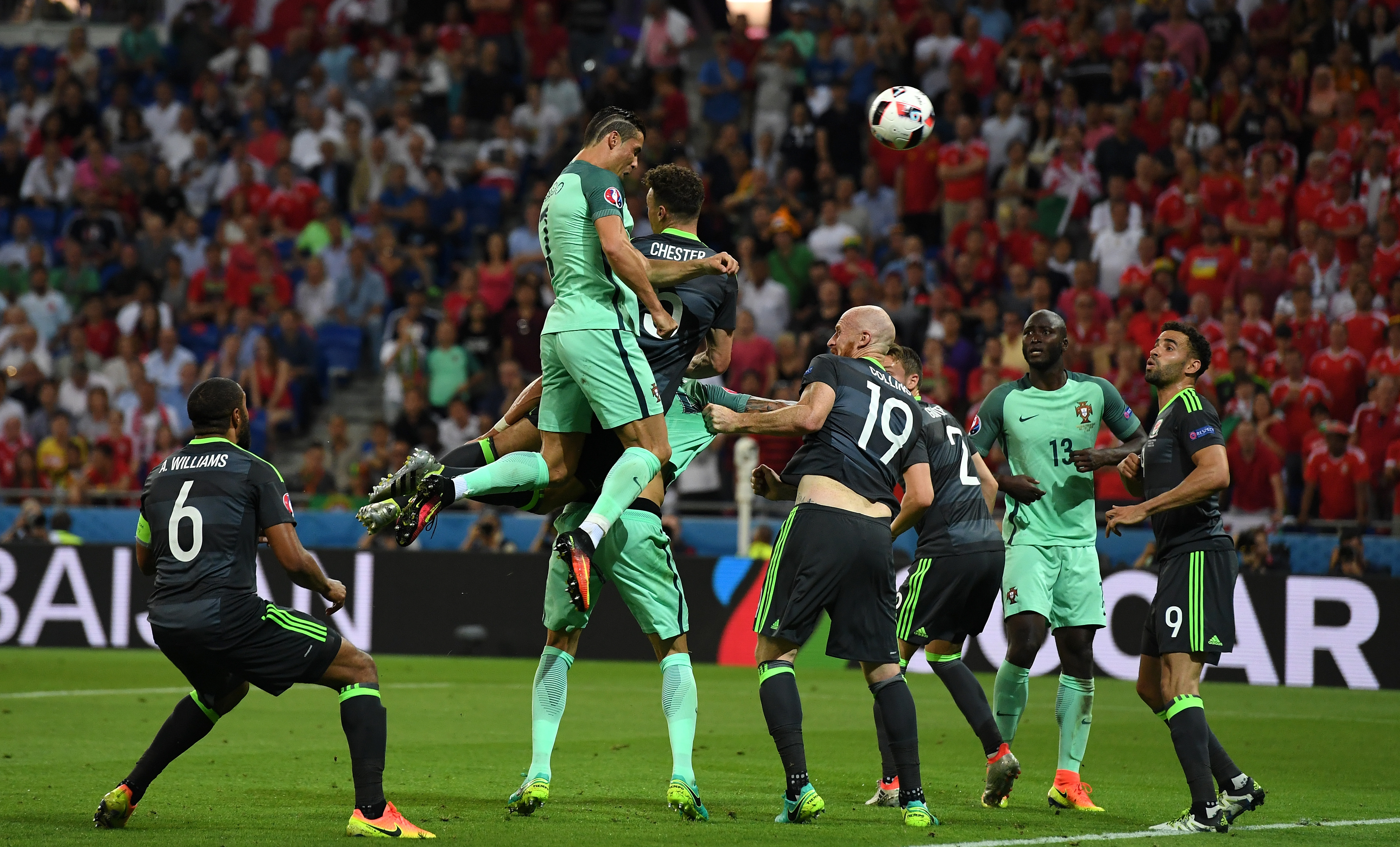 END_OF_DOCUMENT_TOKEN_TO_BE_REPLACED

The statistics behind the incredible leap have been compiled by the Daily Mail, and they make for impressive reading.

Ronaldo was 8ft 7in in the air when he headed the ball past Wayne Hennessy, leaping 2ft 6in from the ground, and his hang time was 0.7 sec.

The header clocked at 44.3mph. 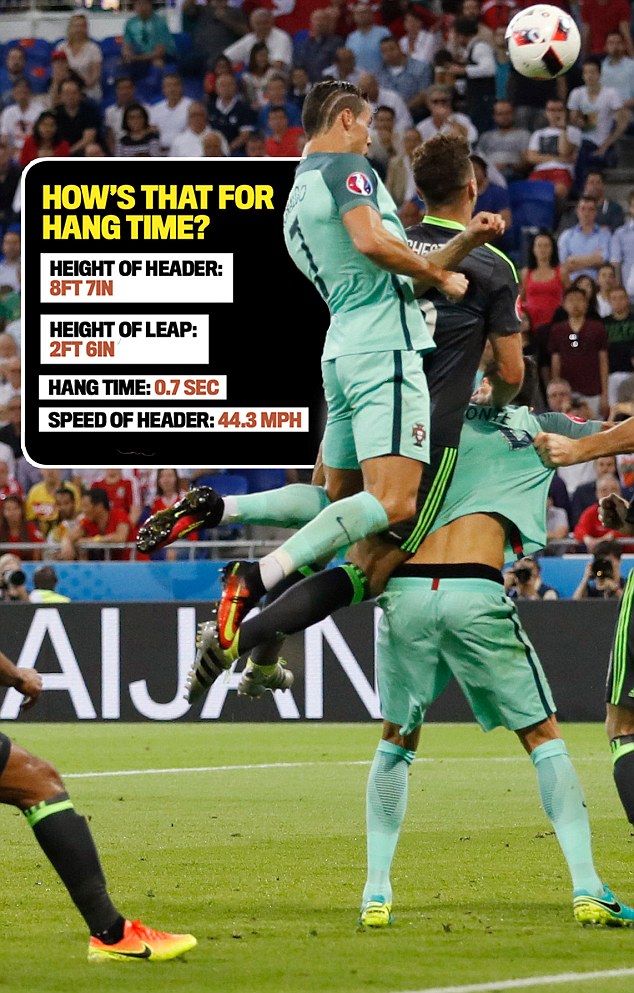 Via the Daily Mail.


popular
Peter O'Mahony riled by "petulant s**t" as Munster toasted by Dragons
The clear-cut differences between what Stephen Kenny and Dara O'Shea said, last night
Kevin Cassidy believes former teammate should be the next Donegal manager
Grim injury news for Seabelo Senatla after Bundee Aki's red card clear-out
"When I give a slap, you feel it" - Israel coach slaps player during playoff win over Ireland
Why Canada are the only country that won't have a new jersey for the World Cup
The largely ignored reason Ireland rely on James McClean and Jeff Hendrick so much
You may also like
3 years ago
Jon Walters on Ireland's 'French Foreign Legion' security at Euro 2016
4 years ago
Every step the English hype train is about to take ahead of the World Cup
4 years ago
Cristiano Ronaldo story shows how far Robbie Brady has come
4 years ago
An insane amount of people watched Wes Hoolahan's goal against Sweden
5 years ago
Ranking Ireland's home jerseys of the last three decades
3 days ago
Martin O'Neill lands calculated Stephen Kenny blow in post-match discussion
Next Page