Haaland is the surprise exclusion

Erling Haaland is the biggest exclusion as Opta named their Premier League Team of the Year for 2022.

Haaland has been electric since joining Manchester City in the summer, scoring 27 goals - 21 of them in the league - in all competitions this season.

His latest goal came in the 1-1 draw against Everton on Saturday and his freak of nature goalscoring exploits mean he would have won the golden boot award in five other Premier League campaigns previously. 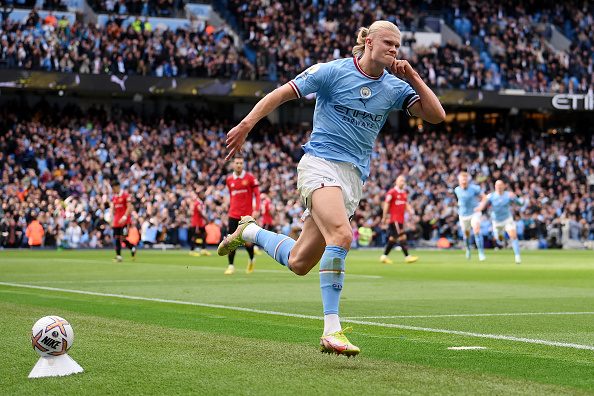 The Norwegian's form has been so good, Rio Ferdinand has already declared that he should be awarded the Player of the Year award, however his form hasn't warranted him a place in Opta's team of the year. But, there's a simple reason.

Opta picked their XI on their index and in order to qualify, players had to have played in both seasons across the calendar year, something Haaland has not done having been at Borussia Dortmund at the start of last year.

Opta have announced their Premier League team of the year 📋

Taking his place instead is Tottenham's Harry Kane (not the worst replacement in the world). Kane scored 26 league goals in 2022 for Spurs but is only four goals ahead of Haaland.

END_OF_DOCUMENT_TOKEN_TO_BE_REPLACED

Kane is also joined by Tottenham teammate Son Heung-min, who despite struggling this season, was one of the top flight's best players.

City have two names in Haaland's absence as Rodri and Kevin De Bruyne deservedly hold spots in the side. Liverpool also have two representatives (Andy Robertson and Alisson) while current table toppers Arsenal only have one (Gabriel).

England internationals Kieran Trippier, Declan Rice and James Maddison are also in the squad while 38-year-old veteran Thiago Silva takes the final spot in the side.