Burnley's Irish contingent made a newcomer feel right at home

Burnley are doing great things in the Premier League this season. The Clarets are currently seventh in the table, level on points with Tottenham Hotspur, one behind Arsenal and just two off fourth-placed Liverpool. With almost half of the season gone, that's mightily impressive.

Sean Dyche has attracted widespread praise for instilling a wonderful collective spirit in the Burnley dressing room, with the team's togetherness said to be a major driving force in their success. It is always easier when everyone is on the same wavelength to be fair. 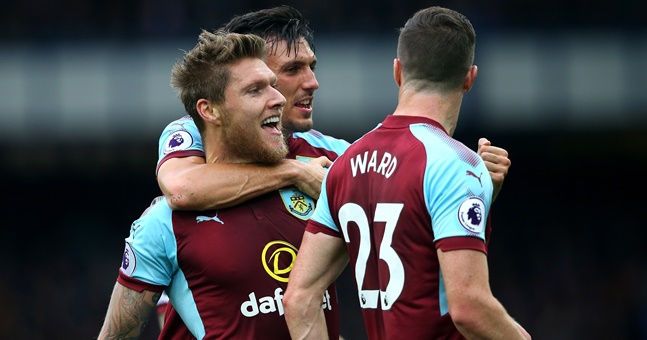 And it turns out those lads are a major factor in maintaining a harmonious dressing room, always encouraging their teammates to do things together and generally adding to the good feeling at the club. 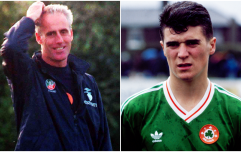 END_OF_DOCUMENT_TOKEN_TO_BE_REPLACED

Belgian journalist Kristof Terreur appeared on Monday's edition of The Totally Football Show, during which he spoke of how the Irishmen have helped Steven Defour settle in and enjoy life at Burnley after a difficult first season in England last year.

It's great to hear that the quintet of Martin O'Neill's squad at Burnley play a big part in bringing everyone together at the club. It's certainly paying off for them, with Dyche's side comfortably exceeding expectations up to this point.

popular
Rio Ferdinand recalls Roy Keane sparking out United youngster in training
Sean Cavanagh speaks nothing but sense about what GAA players should do in the gym
The SportsJOE 12 o'clock quiz | Day 309
Robbie Henshaw one of three Irish players deserving of Lions Test XV
Referee Mathieu Raynal puts Sexton in his place after TMO mess
Jamie Redknapp's face after going toe-to-toe with Roy Keane as Matt Doherty caught in the crossfire
"I feel it is important to provide people with some context surrounding this photo."
You may also like
1 month ago
QUIZ: You'll need to be a massive Ireland fan to get all these one-cap wonders
3 months ago
FAI investigating Ireland England video as "a matter of urgency"
3 months ago
Full player ratings as Ireland fall to another defeat in Wales
3 months ago
Matt Doherty awarded man of the match playing left back, says he has no problem playing there
3 months ago
Kevin Doyle easily sums up the difference between England and Ireland
3 months ago
Aaron Connolly ruled out of all three Ireland games along with Callum Robinson
Next Page