Wes Hoolahan's former manager Paul Lambert and a host of his Norwich teammates paid tribute to the Republic of Ireland midfielder ahead of his final match with the Canaries on Saturday.

Hoolahan announced earlier this week that he would be leaving the Championship club at the end of the season after spending the last 10 years of his career on Carrow Road.

The 35-year-old will captain Norwich for the match against Leeds United on Saturday with the Dubliner set to walk through a guard of honour before kick-off where he will be presented with the Barry Butler Memorial Trophy for this season’s Player of the Season award.

To celebrate the occasion, Lambert and several Norwich players commended Hoolahan on his time at the club and wished him well for the rest of his career.

Hoolahan will not be considered for Norwich's season finale with Sheffield Wednesday next weekend.

The former Shelbourne maestro helped the club to back-to-back promotions from League One to the Premier League and made 351 appearances in all competitions for City since joining from Blackpool in July 2008.

He confirmed his departure from the club earlier this week with an open letter published on the club's website.

"I've thoroughly enjoyed myself at this club and it’s going to be an emotional day on Saturday against Leeds. I’m looking forward to it and I've got a lot of family coming over and hopefully they will enjoy the day out and hopefully we'll get the win as well.

"For the last ten years, the fans have been amazing with me. Every time I've come off the pitch or come on from the bench they've always roared me on. I've really enjoyed the experience we’ve had with them. Hopefully it will be one last great day for the fans on Saturday and everyone will enjoy it. 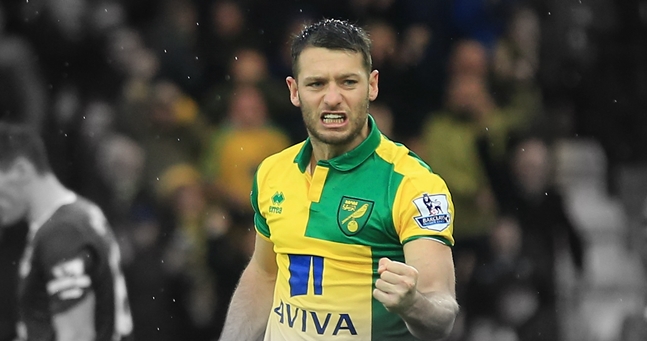 "There are a couple of moments that really stand out for me. Against Portsmouth, when Simeon Jackson got us the goal to take us to the Premier League, with David Fox whipping a great ball into the box - it was just brilliant to see the ball go in to win the game.

"And Wembley. To play in a game of that magnitude and to have all eleven players on the pitch play their best games in such a complete performance as we won was amazing. It was really enjoyable, and what a great day out it was for the fans too. It had been a tough season before, having been relegated, so to see so many there in such huge numbers was amazing.

"On Saturday, the most important thing is to win the game by putting in a good performance. I'd love to score against Leeds to finish it off on a high but it would make the day a lot better if we won. It would be great to go out on a high with a home win for the fans.

"Even through the downs, they've always turned out. In my first year here we were relegated but then you'd walk out into a League One game in front of 26,000 fans. It's  one of the best clubs in the country and the support is always brilliant.

"It’s been amazing. Sometimes you don't think the day will come where you leave, but the time has come and I look forward to the next challenge. It goes by so quickly. The first day I came here I was training under Glenn Roeder, and now it's with Daniel Farke.

"Time flies, but I've enjoyed every moment of it. See you on Saturday."


popular
Galway fans' frosty reception for Davy Fitz doesn't make any sense
The most Stone Age tackle you've ever seen gets South African lock straight red card
Ryan Manning hacked to the ground by Henri Lansbury in ruthless assault
'Brian was a genius... he would've killed you to even win a game of touch'
"Johnno went, 'We’re not moving! You're trying to mess us about!'" - Ben Kay recalls red carpet controversy
Final question of Ryder Cup press conference has Team USA in all sorts of trouble
"Some of the generals wanted me executed" - Irish rugby legend on flag caper that went wrong