He has an estimated fortune of £40 million.

The Swansea City ball boy who was infamously kicked by Eden Hazard has made The Times' Young Rich List after racking up an estimated fortune of £40 million.

Charlie Morgan is behind Au Vodka, a premium brand of vodka that has become famed for its golden bottles. 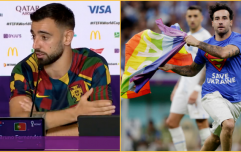 END_OF_DOCUMENT_TOKEN_TO_BE_REPLACED

Back in 2013, in a League Cup semi-final second leg between Swansea and Chelsea, he made national headlines after Eden Hazard was sent off for kicking him as a 17-year-old ball boy.

Swansea were leading 2-0 from the first leg and Morgan tried to hold on to the ball in the 80th minute. Hazard, in a desperate attempt to retrieve the ball, he inadvertently kicked the youngster, who proceeded to roll around holding his ribs.

The Belgian star, in just his first season at Chelsea, was given a straight red for his actions and received a three-game ban. 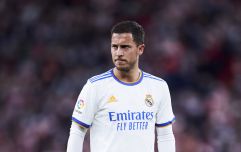 END_OF_DOCUMENT_TOKEN_TO_BE_REPLACED

He did, however, apologise for his behaviour, saying: "The ballboy came in the changing room and we had a quick chat. I apologised and the boy apologised as well, and it is over. Sorry."

The incident helped Morgan develop a bit of a following online and saw his Twitter followers increase to 100,000. 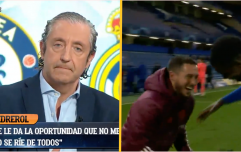 END_OF_DOCUMENT_TOKEN_TO_BE_REPLACED

At the time, Morgan, the son of Swansea City's biggest shareholders Martin and Louisa, was studying for his A-levels.

Fast forward 10 years and he and his school friend Jackson Quinn had set up Au Vodka.

The brand, with its trademark gold bottles in seven different flavours, has gone on to provide service to the likes of Selfridges, Harvey Nichols, Tesco and Costco, while Sainsbury's and Asda will soon stock the product.

To begin with, they produced 2,000 bottles a day locally to bars in Swansea but the remarkable growth of the company has seen that figure increase to 35,000 bottles per day and Au is available in 40 countries across the globe.

The Spirits Business named was named as the popular vodka brand on the internet and The Times named Au as the company to watch out for in 2023. They now have 50 staff at their headquarters, as well as a massive 630,000 followers on social media.

On the 'Rich list', both Charlie and Jackson were placed in 24th place and the next target for the pair is to crack America after penning a deal with Total Wine Liquor.

As per Wales Online, Morgan said: “The coming year, our focus is really on smashing into the American market. We have recently launched our E-commerce platform covering 31 states across the US so customers are already able to get our products delivered straight to their door. Having had over 28,000 sign-ups to the USA website prior to launch we’re expecting that there will be a huge interest in Au Vodka within the states.

"The vision is for Au Vodka to become a truly global brand, known in an instant for its unique gold branding and coloured liquids, we see the bottles being stocked on shelves internationally and becoming accessible for customers in every corner of the world. We also want to ensure we continue to dominate the UK Vodka market, keeping a tight grip on where we started to ensure the brand is true to its roots, there’s always room for more growth everywhere."


popular
Man United could be blocked from playing in the Champions League next season
Ireland team vs. France: Form players rewarded and a welcome return
Eight players to watch in tonight's Sigerson Cup semi-finals
French media's opinion of this Ireland team becomes clear as vital clash nears
Clive Woodward happy to 'eat humble pie' after bold comments about Ireland
"I should have been more mature" - O'Sullivan's injury trail a cautionary tale for Sigerson casualties
Lionel Messi makes decision on Barcelona return
You may also like
3 years ago
SportsJOE's Premier League team of the decade
3 years ago
Eden Hazard to Real Madrid 'imminent' after €100m deal reportedly agreed
3 years ago
BT Sport reporter drags the line out of Hazard that everyone's been after
3 years ago
Chelsea name their price for Eden Hazard amid Real Madrid links
3 years ago
Three Manchester City players named on PFA Player of the Year shortlist
3 years ago
Eden Hazard dances his way through West Ham United defence
Next Page