For a central defender plying his trade at Old Trafford, there is no greater compliment than a comparison to Manchester United legend Nemanja Vidic.

Vidic made 300 appearances for the Red Devils between 2006 and 2014, and struck up an almost impenetrable partnership with Rio Ferdinand at the heart of a well-drilled defensive unit which was flanked by Gary Neville and Patrice Evra.

A throwback to centre-halves of old, Vidic holds a special place in the hearts of United supporters.

But those same fans recently celebrated the arrival of Ivorian defender Eric Bailly, whose early performances under Jose Mourinho have earned plenty of praise, with many likening his style to that of Vidic.

But it's not just the Old Trafford faithful who have noticed the similarities as Bailly's new teammate Chris Smalling has also recognised a resemblance to his former captain.

“Nemanja was one of those defenders who was very aggressive, very dominant and took no nonsense.

“Eric plays the same way. He can go through a tackle and he doesn’t take risks. If it needs to go, it goes! You can see the similarities there and I expect Eric to have many good years here.” 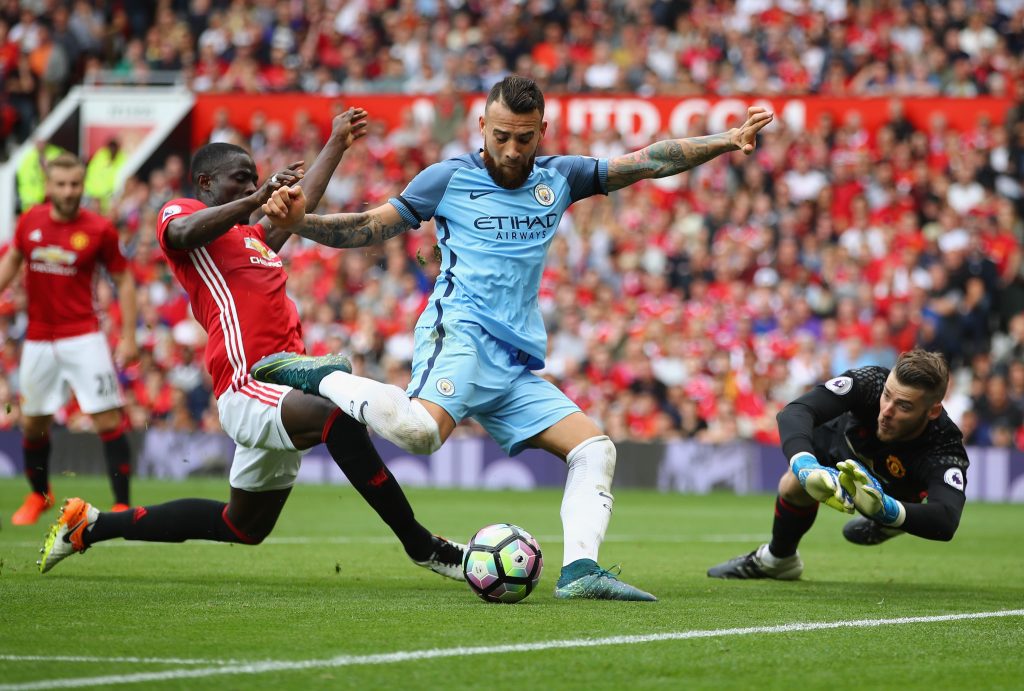 END_OF_DOCUMENT_TOKEN_TO_BE_REPLACED

Smalling and Bailly, if both fit, are expected to be Mourinho's first-choice pairing at the back and the England international is looking forward to the task ahead.

“The more games we play together, the more we’re getting used to one another,” Smalling added.

“As defenders we need to be vocal and he’s getting a lot stronger at that, with his English really improving.

“We’ve got certain calls and certain words which he, and any foreign player that comes in, can understand, no matter if his English is advanced or not.

“It’s about developing that, and the more games we get together I think we’ll get stronger and stronger.”

popular
Eric Dier calls Dele Alli on his tantrum in All Or Nothing changing room row
SportsJOE 2000s Football Quiz | Round 16
Sean Kelly sums up emotion of a nation as Sam Bennett all but sews up the green jersey
"I've always said I'll go back and play. I'll 100% play with Portlaoise again, and I really want to play for Laois"
The SportsJOE 12 o'clock quiz | Day 181
The Tipp minors who beat Dublin's golden generation: the ones that got away
The Alby Mathewson speech that lit a fire under Ulster
You may also like
3 days ago
Man United beaten to Sergio Reguilon
4 days ago
Sergio Reguilon edges closer to Man United move as talks intensify
1 week ago
'I only have myself to blame for this huge mistake' - Mason Greenwood
2 weeks ago
Sergio Reguilón would be a massive upgrade on Luke Shaw for Man United
2 weeks ago
How will Donny van de Beek fit into Manchester United's midfield?
2 weeks ago
Marcus Rashford puts UK government to shame with creation of poverty task force
Next Page