Villa were hit with a £4.2m tax bill by HMRC last month while they also owed around £11million to other clubs for player transfers.

Furthermore, the club must raise £40 million to comply with FFP rules after last season's failure to secure promotion from the Championship to the Premier League. They have posted losses in every season under club owner Dr. Tony Xia.

Xia has provided around £5m to keep Villa running for the next month but Bruce admits that the club may have to sell some players with Grealish attracting interest from Tottenham Hotspur. 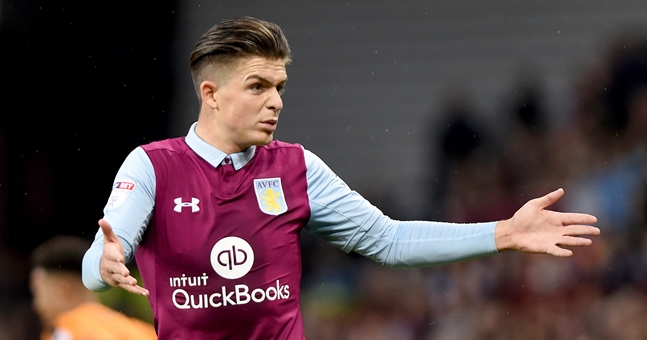 “There will be nobody feeling sorry for Aston Villa because financially we have got ourselves in a bit of a pickle, so yes we have got to be ready for that,” he told Sky Sports News.

“I have enjoyed working with Jack, and Jack is the obvious one that clubs [are going to target] because he had a wonderful six months.

“He reminded everybody as a 22-year-old what a very good player he is. On another day at Wembley he could have scored one of the great Wembley goals.

“He is a special talent, a real special talent, and yes, you don’t want to lose him but the inevitable thing is we have to. We have to – to keep the club up and running and keep it in line with Financial Fair Play.”

Bruce hopes to keep onto Grealish but envisages clubs like Spurs swooping in on deadline day to secure the player's services.

“Inevitably that is going to be player sales,” he said when explaining how Villa would need to raise money.

“There are going to be people that I do not want to sell – and the obvious one is Jack - but people will know that we have got financial problems and they’ll sit and wait, and wait, till deadline day possibly.

“I hope that doesn’t happen but we’ve got to batten down the hatches and wait for it.”


popular
Paul O'Donovan busts the cliches and leaves the mystery behind him in one more emphatic interview
Ireland's rowing heroes on what everyone was shouting as they beat Team GB to bronze
Next time someone doesn't cut you slack for commuting to training, show them Joe Canning's words
Warren Gatland with great response after being asked if he'll set up Twitter account
Rory McIlroy's true allegiance summed up in one text message to Justin Rose
"Ah I suppose it's fine" - Paul O'Donovan and Fintan McCarthy are Olympic gold medallists
Seán O'Brien lauds "unbelievable" Maro Itoje as Irish fan makes confession
You may also like
5 months ago
Jack Grealish helps pay for funeral of teenage Aston Villa fan who died in car crash
6 months ago
Aston Villa ask Premier League to postpone game with Everton
6 months ago
Louie Barry on Fabinho's sound post-match gesture after jersey swap mix-up
7 months ago
Jack Grealish throws dummy with his car to escape media at court
7 months ago
Jack Grealish: 'Embarrassing' VAR is 'ruining the game'
9 months ago
"What a footballer" - Klopp lauds Jack Grealish after Liverpool thumping
Next Page