The Ireland boss was not taking that.

There is no love lost between the head coaches of Ireland and Luxembourg after both sides took away wins in the 2022 World Cup Qualifiers.

END_OF_DOCUMENT_TOKEN_TO_BE_REPLACED

While Ireland may have been used to ruffling the feathers of the Dutch and Portuguese in the past, we sometimes get dragged into ding-dongs with the likes of Cyprus and Macedonia.

Ahead of their Sunday encounter with Ireland, Holtz got under the collective skin of a nation by claiming Ireland have produced nothing but 'caveman football' for the past century.

Following Ireland's 3-0 win over Luxembourg, during which the hosts were left chasing shadows for much of the final half hour, Holtz let rip in a spcy post-match briefing. He told reporters:

"They behaved in an unsporting way after the match, they did not behave as sportsmen."

"I was unhappy with the behaviour of the staff of Ireland," he added. "They made a big deal when they were winning. In Ireland [back in March], when we were winning they immediately disappeared into the dressing room, we didn't do that, it was not fair play and very disappointing

"We are not used to that from British teams."

Next into the press conference room was Stephen Kenny. The Ireland manager was joined by goalscorer Chiedoze Ogbene and had plenty to say after being informed of Holtz' comments. 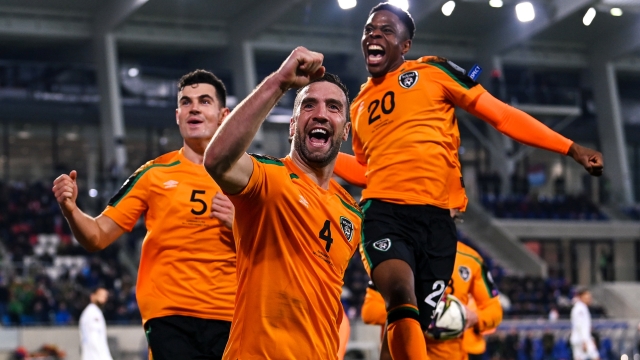 The Ireland boss said Holtz' pre-match comments were not discussed with the squad, but he was sure they were aware of them.

END_OF_DOCUMENT_TOKEN_TO_BE_REPLACED

"I never saw him after the game," Kenny insisted. "He’s a good football coach, but he probably needs to have a look at the sports psychology side of things as that’s not in the highest order."

As for the 'caveman football' jibes, Kenny held court on that as he touched on past footballing heroes that Ireland have produced:

"I’m disappointed that he denigrated all the great players that played for Ireland. We had Denis Irwin in with us recently, an incredible player, Roy Keane, all the players before that like Giles, Brady, McGrath and McCarthy.

"All these players who represented Ireland and Robbie Keane and Damien Duff and the great players of the modern era."

Kenny won the latest round, but one hopes we do not have to worry ourselves too much about Luxembourg for the next while.

This Ireland team are starting to look up. 2022 will show if they can truly build on the promise of the past few games.